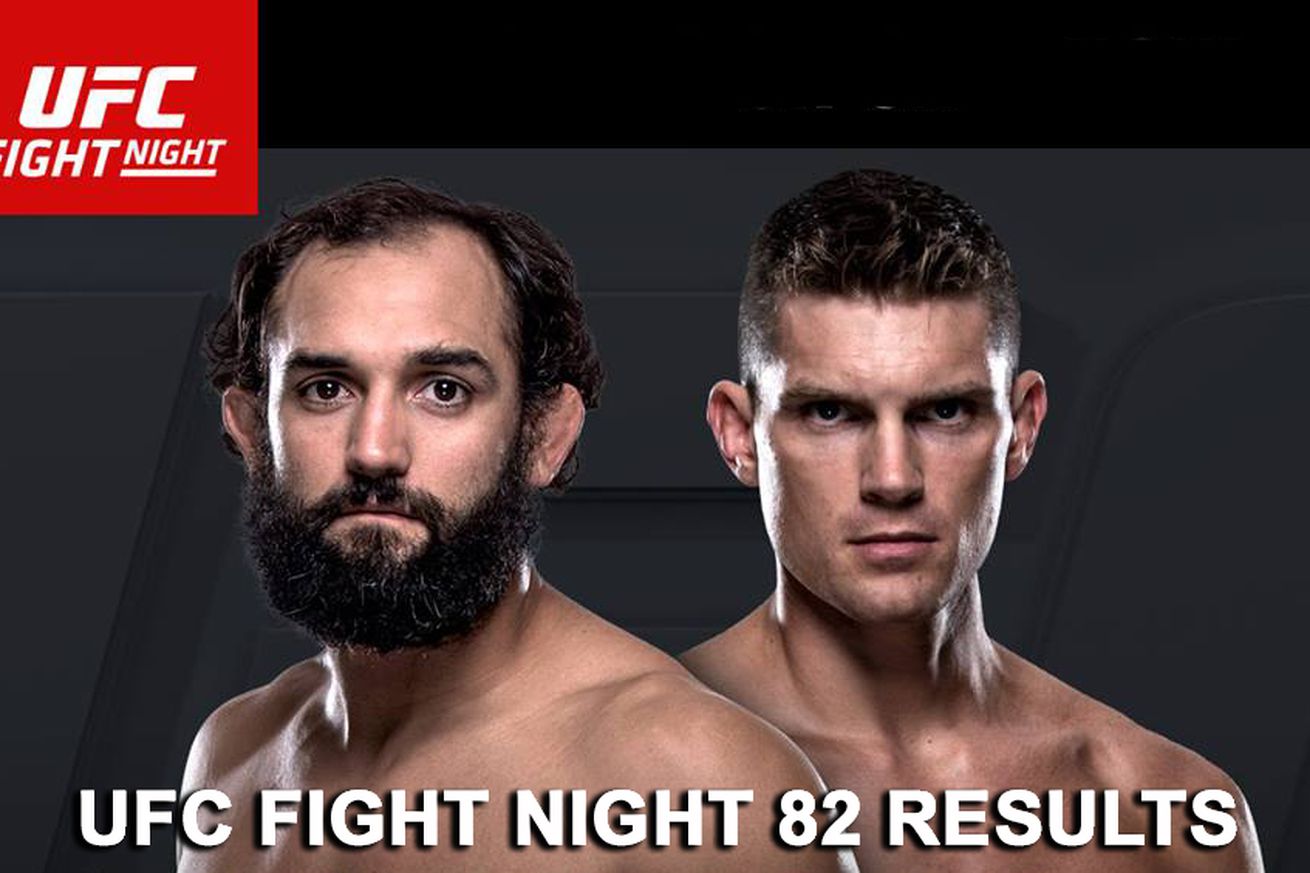 Headlining this weekend’s big shebang is the welterweight contender fight pitting ex-division kingpin Johny Hendricks opposite kickboxing phenom Stephen Thompson. In the heavyweight co-main event, Roy Nelson and Jared Rosholt bang it out for a spot in the 265-pound title chase.

MMAmania.com will deliver LIVE round-by-round, blow-by-blow coverage of the entire UFC Fight Night 82 fight card below, starting with the Fight Pass “Prelims” matches online, which are scheduled to begin at 6 p.m. ET, followed by the remaining under card balance on FOX Sports 1 at 8 p.m. ET, before the FOX Sports 1 main card start time at 10 p.m. ET.

Many of our readers check in before, during, and after the televised fisticuffs to share their thoughts on all the exciting action. Therefore, feel free to leave a comment (or 82) before you split and chat with all the other Maniacs during the show — it always turns out to be a great discussion.

Keep in mind that we will also be the spot for the latest news, recaps, and post-fight analysis following “Hendricks vs. Thompson.”