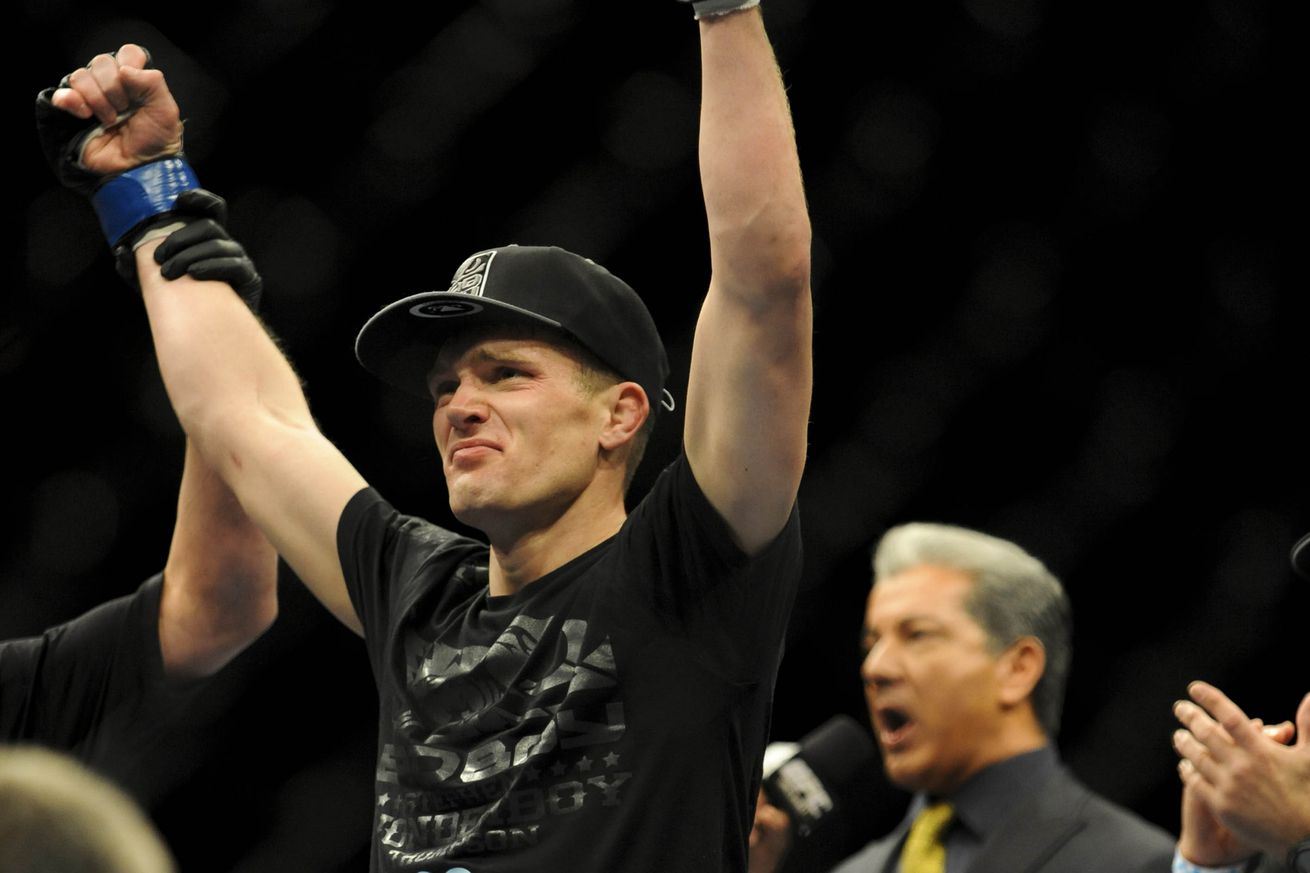 In the most important fight of his UFC career, Stephen Thompson (12-1) was absolutely dominant, closing the show on a former champion.

And it wasn’t even close.

“Wonderboy” landed a spinning back kick along the fence that rocked the former UFC Welterweight champion, following it up with a barrage of strikes until referee Big John McCarthy waved it off.

The official time came at 3:31 of the first round.

“I came out here to put on a good show,” Thompson told Jon Anik after the fight. “Hopefully the fans and everybody back home was impressed. Hopefully next we get that title shot baby.”

Thompson began the bout with a high-flying kick attempt, but it was off the mark. Hendricks, who was ranked No. 2 in division heading into this bout, went right in on a takedown attempt and pressed “Wonderboy” against the cage, but that would be the end of his offense for the evening.

The No. 8-ranked UFC Welterweight escaped back to the center of the Octagon and began to get into rhythm and started to open up. Thomspon landed a side kick to the face of Hendricks and then moved forward and landed a solid combination. He continued to move forward and land accurately on Hendricks until the fight-ending sequence.

It’s a huge win for Thompson, who has now won six straight fights and is 7-1 in UFC. A title fight could be in his near future and he could become the new No.1 contender in UFC’s 170-pound division.

Meanwhile, it was a horrible loss for Hendricks, who won his last bout against Matt Brown at UFC 185. He will drop in the rankings, but should ….View full article