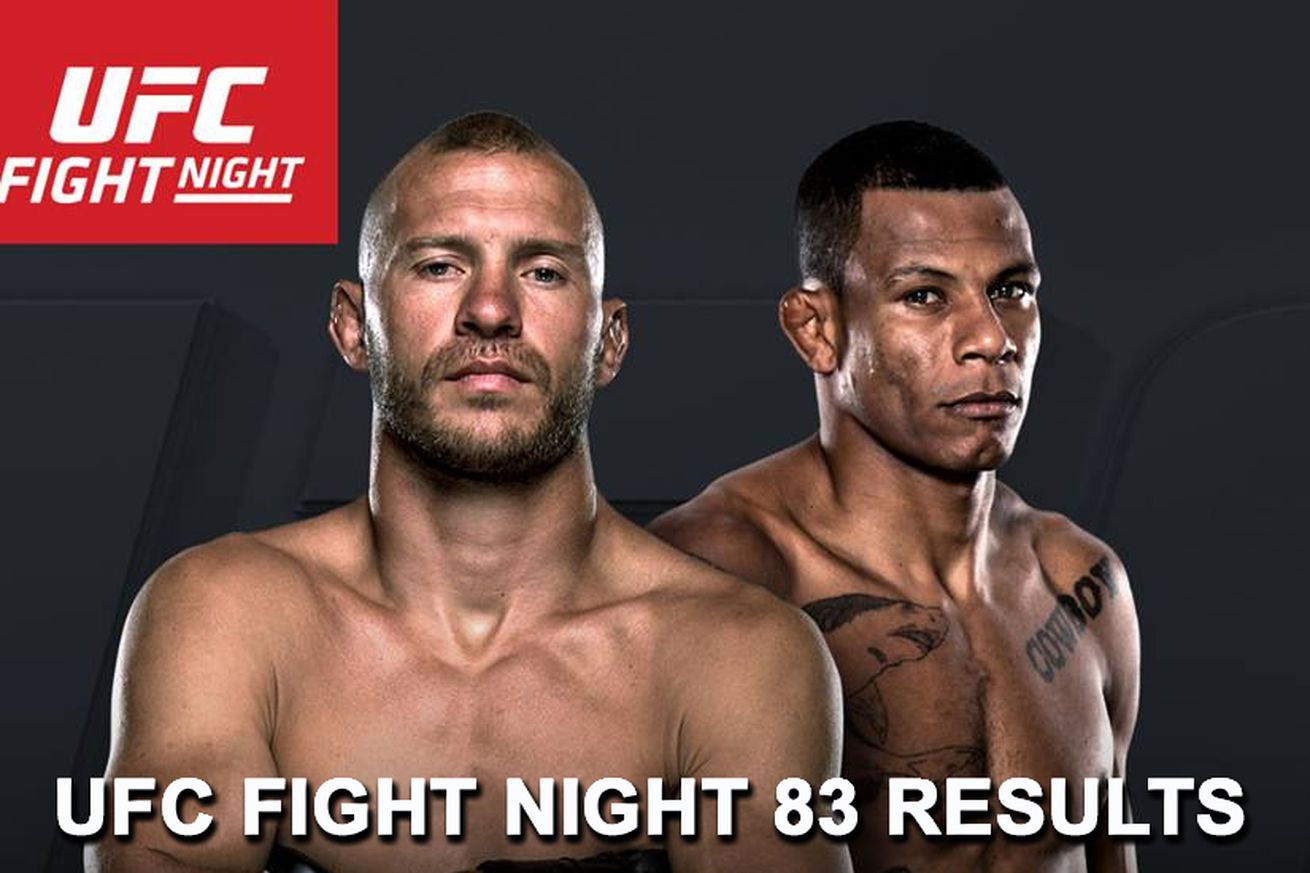 MMAmania.com will deliver LIVE round-by-round, blow-by-blow coverage of the entire UFC Fight Night 83 fight card below, starting with the Fight Pass “Prelims” matches online, which are scheduled to begin at 6 p.m. ET, and then the remaining undercard balance on FOX Sports 1 at 7 p.m. ET, before the main card start time at 9 p.m. ET, also on FOX Sports 1.

Many of our readers check-in before, during and after the televised fisticuffs to share their thoughts on all the exciting action. Therefore, feel free to leave a comment (or 83) before you split and chat with all the other Maniacs during the show — it always turns out to be a great discussion.

Keep in mind that we will also be the spot for the latest news, recaps and post-fight analysis after “Cerrone vs. Oliveira.”