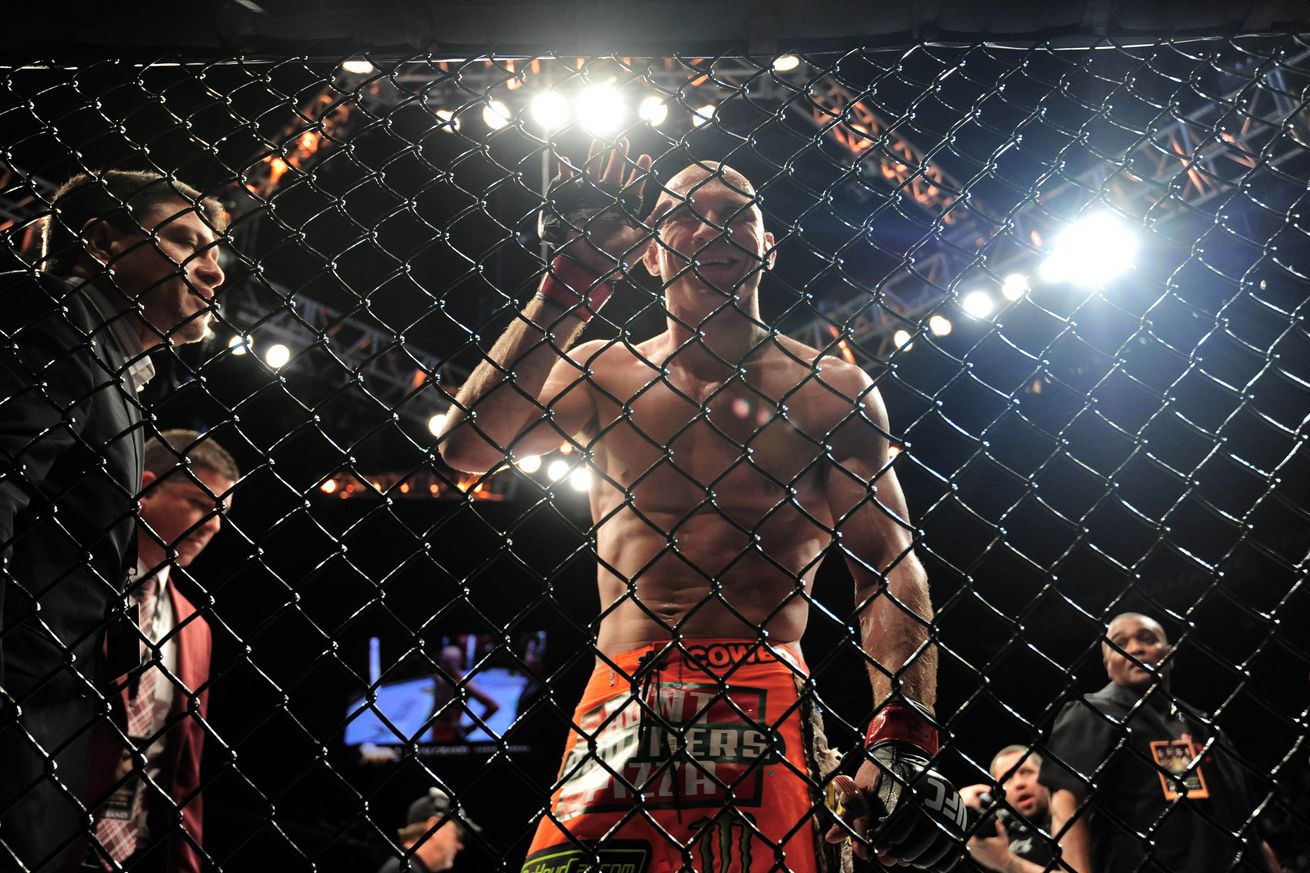 The UFC hosts a show in the home of the NHL’s Penguins with a card decimated by injury, but still featuring the return of a fan favorite jumping weight classes. The card also has a showcase featherweight bout plus rising prospects in a number of important bouts.

When: Sunday, the three-fight Fight Pass card starts at 5:30 p.m. ET, the four-fight Fox Sports 1 preliminary card starts at 7 p.m. and the main card kicks off at 9 p.m.

It’s just not clear to me where the Brazilian cowboy has any advantage. Cerrone is slightly undersized for the weight class, but not overly so relative to Oliveira. On the ground, the American is far more advanced than the Brazilian, which is also the case on the feet. If anything, this feels like a warm up fight for Cerrone’s move to the new and bigger weight class, not a real test of the limits of Cerrone’s abilities.

Carneiro is massively improved and can put anyone to sleep with his vicious array of chokes, especially those he can set up from the front head lock position. Brunson is by no means so good relative to Carneiro that the idea of him being choked out is some sort of aberrant possibility, but he is athletic and does have good sprawls as well as defensive cage wrestling. As long as he doesn’t put this fight on Carneiro’s terms, it’s his to lose.

Were it not for the short notice, I wouldn’t know what to say. But since Mendes is coming in so late, it’s hard to look past Garbrandt. His striking is being cleaned up by Brandon Gibson and ….View full article