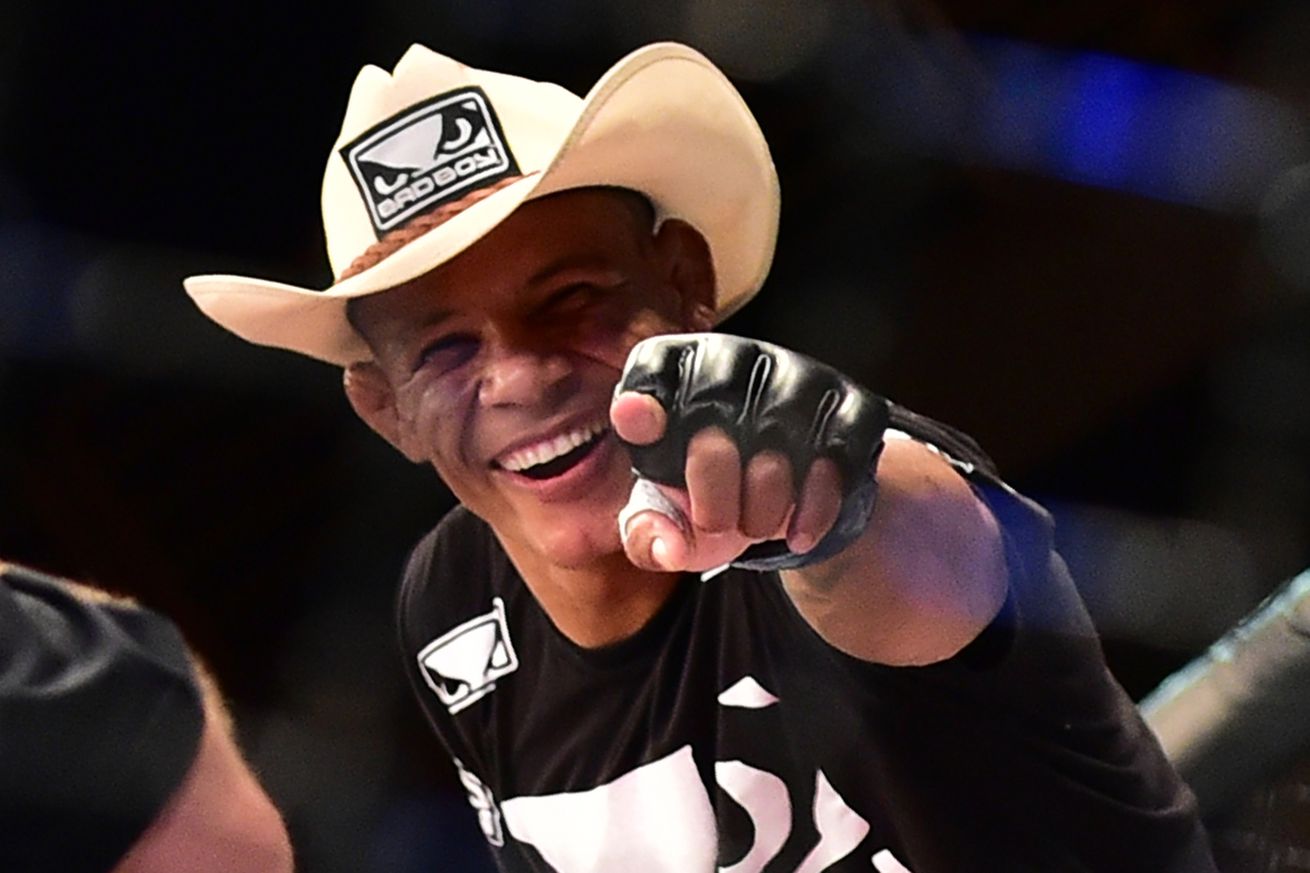 Aside from nicknames, there are plenty of similarities between UFC Fight Night 83 headliners, Donald Cerrone, and Alex Oliveira.

Both men like to bang it out on the feet and they each don’t mind stepping in on short notice to save the company in a time of need. Plus, both fearsome fighters like to work, as Cerrone competed four times in 2015 while Alex stepped into the cage a whopping five times.

But at the end of the day, Oliveira tells UFC.com there is only one true “Cowboy” headed to Pittsburgh, Pennsylvania, on Feb. 21, 2016. And that’s him, thanks to his real-life western-like background.

“I am the real cowboy,” said the Brazilian. “I used to ride on real bulls, I used to compete in real rodeos.”

Of course, Cerrone is no stranger to the cowboy life himself, as he owns a huge ranch with everything from horses to livestock to chickens occupying it (see it).

Oliveira stepped in on short notice to face Cerrone at UFC Fight Night 83 after Tim Means was bounced from the welterweight fight with a possible failed drug test. As he tells it, he didn’t think twice about saying yes.

“There was no hesitation,” Oliveira said. “Whenever the UFC needs me I am ready. I don’t ever stop training. I think we have to always be ready for war, and the war can happen at any time.”

For Cerrone, the fight will be his first at 170 pounds. But, Alex warns him that he will be in for a rude awakening when he feels the difference in getting hit by a 155-pound fighter compared to one who competes at welterweight.

“He has some dangerous kicks,” Oliveira said of his foe. “Besides that, I have faced opponents like him before,” he declared. “Welterweight and lightweight are two very ….View full article