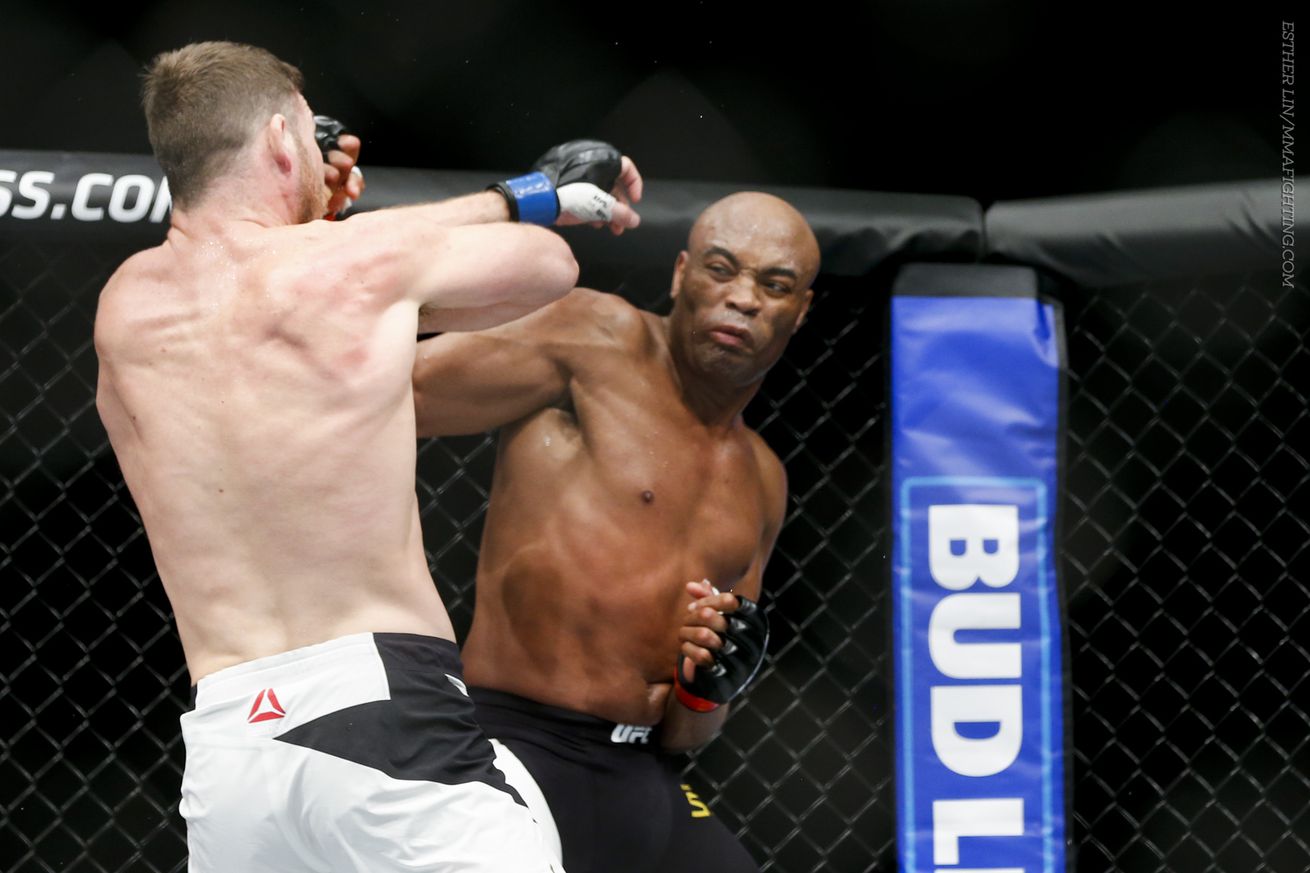 If you put on a frantic main event filled with twists and turns, stops and starts, and dramatic action, you’re probably going to walk away with some extra money at the end of the night.

Such was the case for Michael Bisping and Anderson Silva on Saturday night. While there was much dispute over whether Bisping deserved the 48-47, across-the-board decision at UFC Fight Night 84 in London’s O2 Arena, there was little dispute it was the night’s best fight.

Bisping and Silva will each take home an extra $50,000 U.S. for their efforts.

For Silva, it’s his 13th career post-fight bonus, which ties him with Joe Lauzon for most career awards. Bisping, meanwhile, got his fifth bonus.

As for Performance of the Night, those went out to a pair of worthy competitors. Scott Ashkem’s head kick KO of Chris Dempsey in the first round of their middleweight fight earned the Brit his first career bonus; the same went for Finland’s Teemu Packelen after needing just 24 seconds to choke out Thibault Gouti in a lightweight fight.