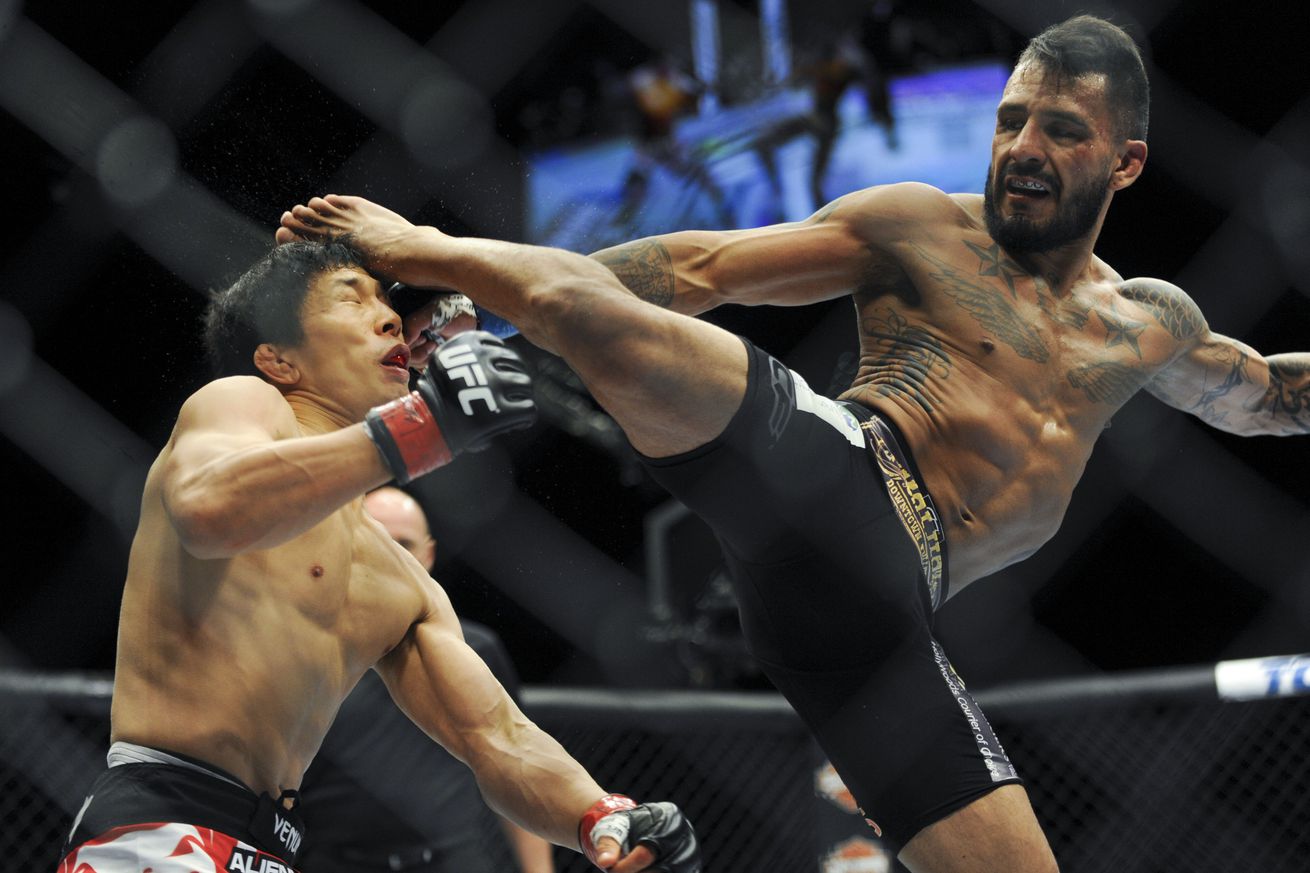 Brad Pickett and Francisco Rivera will battle this Saturday (Feb. 27, 2016) at UFC Fight Night 84 inside 02 Arena in London, England. In a match up of scrappy finishers, what adjustments must be made for either man to claim victory? Find out below!

After a less than successful drop to Flyweight, Pickett had a fairly impressive return to form opposite Thomas Almeida, though he ultimately came up short. To guarantee that he still has a spot on the roster, Pickett needs to secure a win this weekend.

Similarly, Rivera has also fallen on hard times. The knockout artist has lost three of his last four bouts, and he’s definitely fighting for his job security as well.

Let’s take a look at the keys to victory for both of these veterans:

In this bout, however, that’s far from a smart plan.

While Pickett can occasionally live up to his “One Punch” nickname, Rivera is one of the division’s hardest punchers. With that in mind, a straight up exchange of punches is simply a bad idea.

That said, Pickett is an inside boxer with solid head movement. It’s necessary for him to strike for Rivera, but he has to do it with the intention of setting up his ….View full article