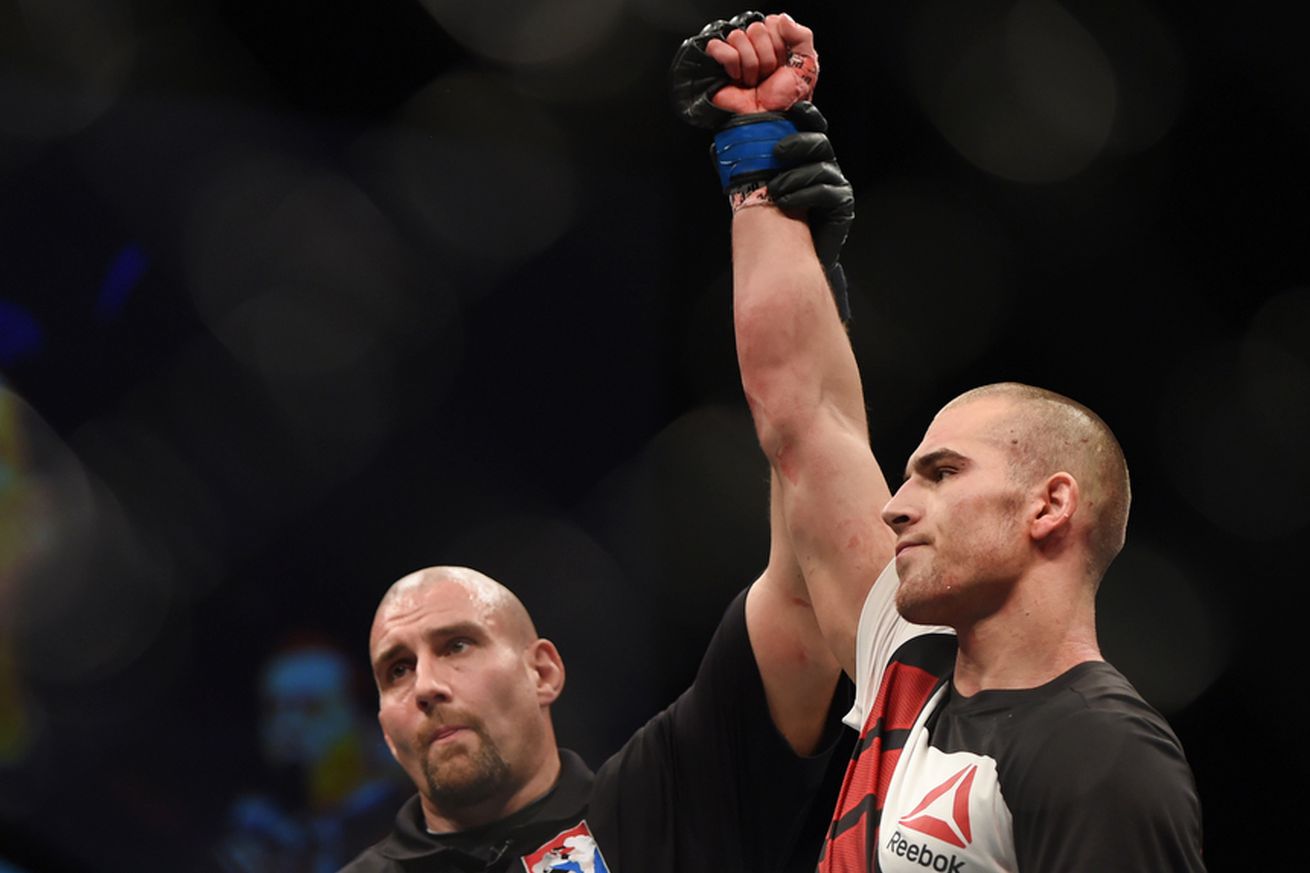 Last night (Sat., Feb. 27, 2016), Tom Breese and Keita Nakamura dueled at UFC Fight Night 84 inside The O2 Arena in London, England. In a surprisingly close fighter, Breese won a decision victory. Find out how below!

Just two fights into his UFC career, Breese had already established himself as a major prospect. The 24 year old was a gigantic favorite last night, and he was looking to prove those odds accurate in devastating fashion.

Meanwhile, Nakamura managed to pull off a fantastic come-from-behind submission victory against a solid up-and-comer in his last bout. In order to put together consecutive wins inside the Octagon, Nakamura needed to pull that rabbit out of his hat once more.

To be quite honest, UFC Fight Pass had a meltdown during the introduction to this fight, so I missed the first round. Nonetheless, I’m told it was a clear but slow round for Breese, who stalked his opponent for most of the round..

After being taken down to start the second round, Breese used a heel hook to sweep his opponent into the half guard. It took him a couple minutes of work to get his ground striking going, but Breese began scoring with some nasty elbows from top position once that happened.

However, Nakamura proved his grappling skill by using a deep omoplata to sweep his opponent. However, by the time top position was secured, the clock had run out on Nakamura.

While it was a clear round for Breese, it was hardly a dominant display.

Breese opened the third round with some pressure and a nice jab, but Nakamura countered by initiating a takedown. The Japanese veteran eventually finished ….View full article