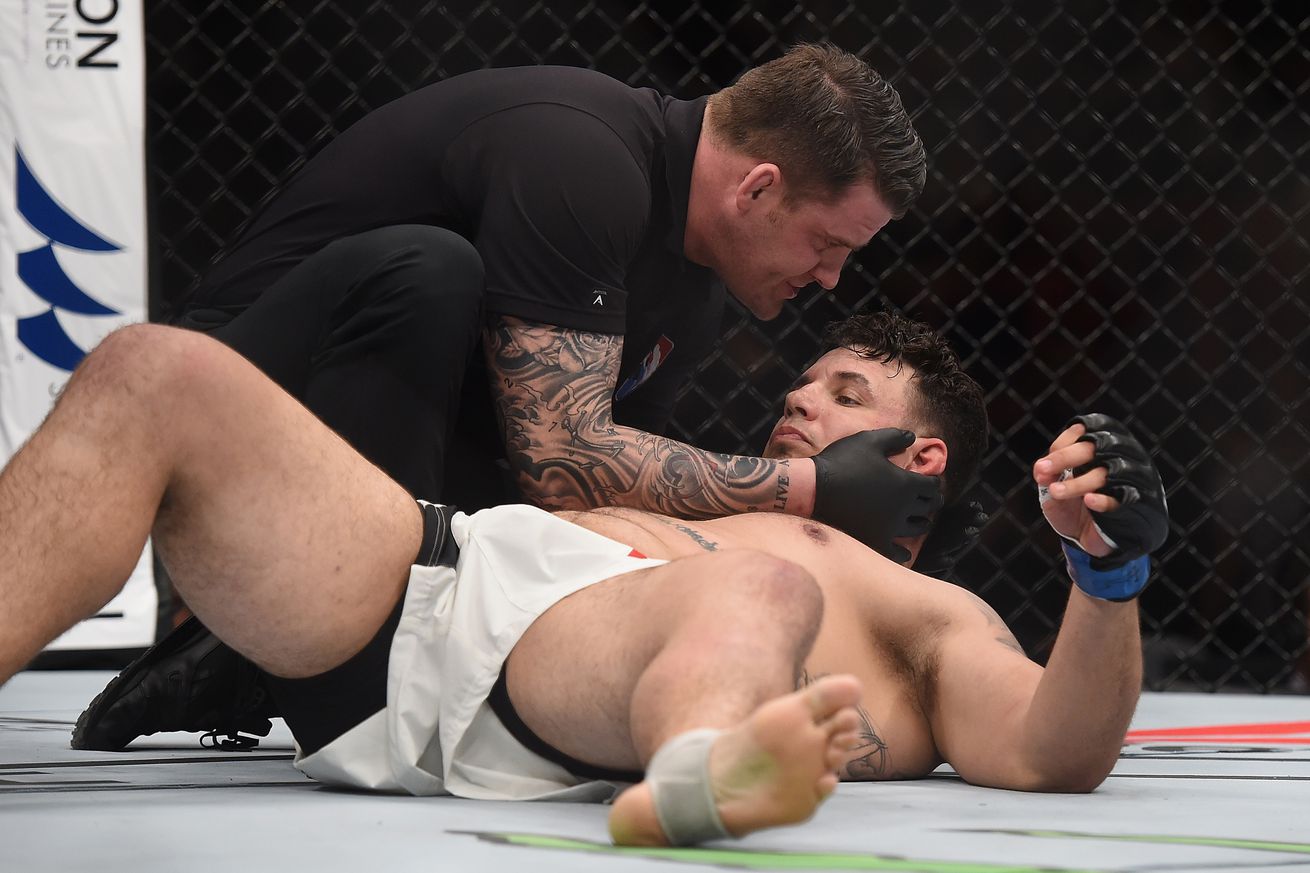 Frank Mir and Hector Lombard headlined a list of seven fighters to be given extended medical suspensions in the aftermath of the recent UFC Fight Night 85 event in Brisbane, Australia. The UFC, acting as its own sanctioning body for the international event, released its list of medical suspensions Thursday to MixedMartialArts.com, the official record keeper of the Association of Boxing Commissions (ABC).

Mir and Lombard suffered vicious losses in the night’s main and co-main events, respectively. Mir fell victim to a one-punch knockout at the hands of Mark Hunt, while Lombard sustained massive punishment before succumbing to a third-round TKO against Neil Magny. Both fighters will now be required to receive physician’s clearance via various CT scans or be forced to the sidelines for 180 days.

The complete list of UFC Fight Night 85’s medical suspensions can be seen below.