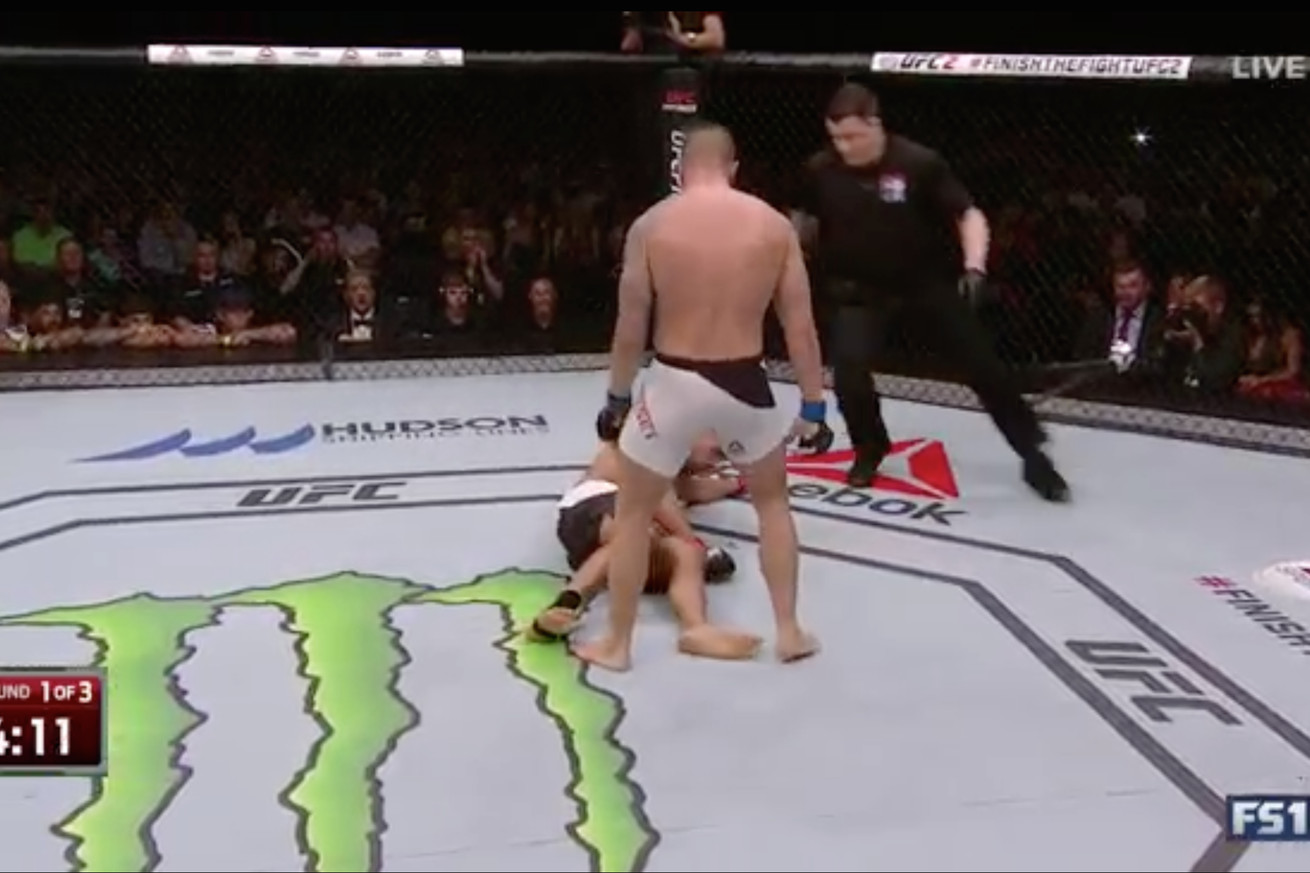 It didn’t take long for Steve Bosse to earn his first UFC win once his bout with James Te Huna got started on Saturday night at UFC Fight Night 85 in Brisbane, Australia. The two exchanged for less than a minute before Bosse sent Te Huna crashing to the mat with a blistering right hand. Watch it below: