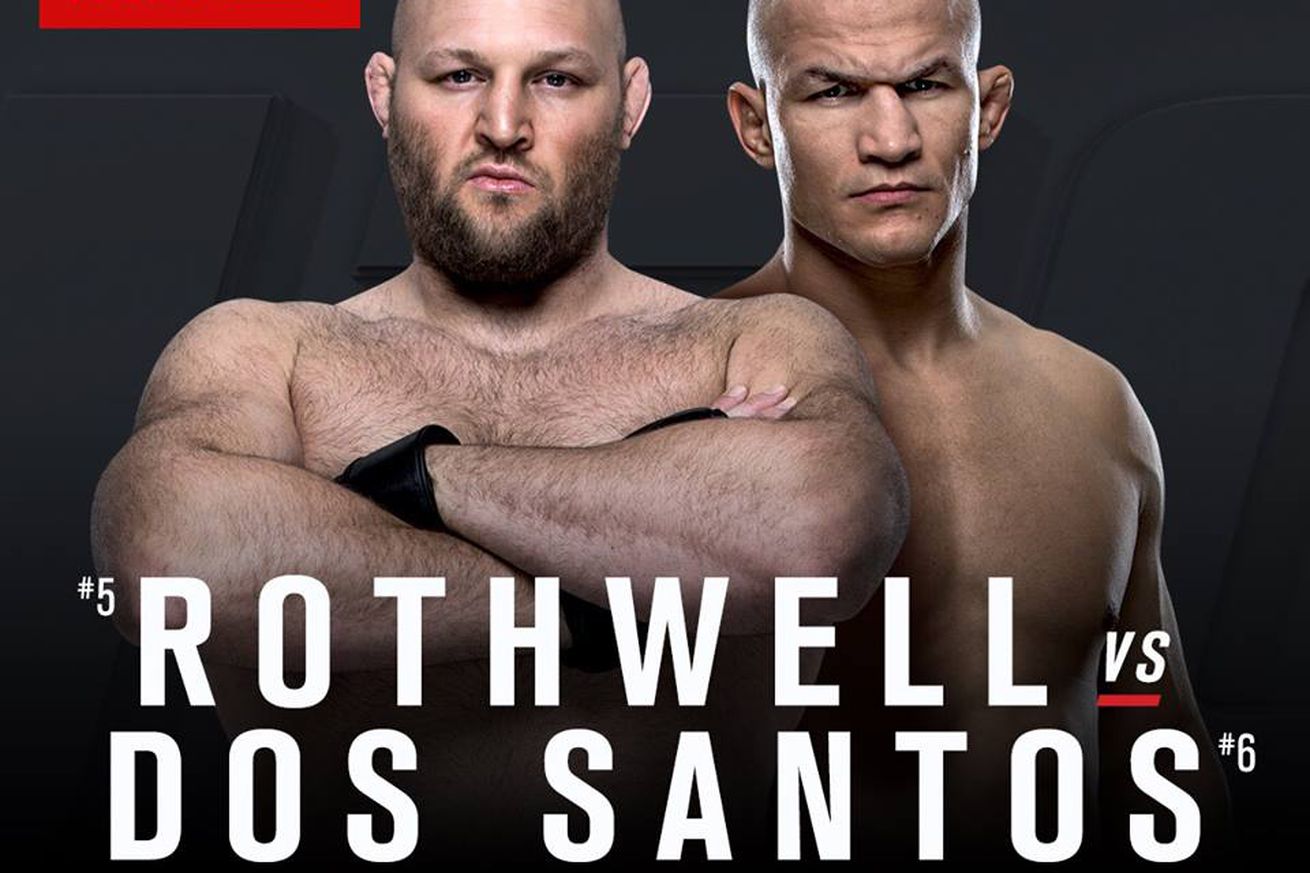 UFC.com explains why this is a big deal:

Currently riding a four-fight winning streak in which he has submitted or knocked out all of his opponents, the fifth-ranked Rothwell has added two Performance of the Night awards to his resume during that spell, and he is eager to put another big win in the bank when he battles “Cigano.”

A former world champion who owns victories over Cain Velasquez, Stipe Miocic, Frank Mir and Mark Hunt, Brazil’s Dos Santos wants to kick off his 2016 campaign with a big win in Croatia, and if he does, the sixth-ranked contender is likely to land back in the race to regain his crown.

More on this titanic tilt in just a bit.