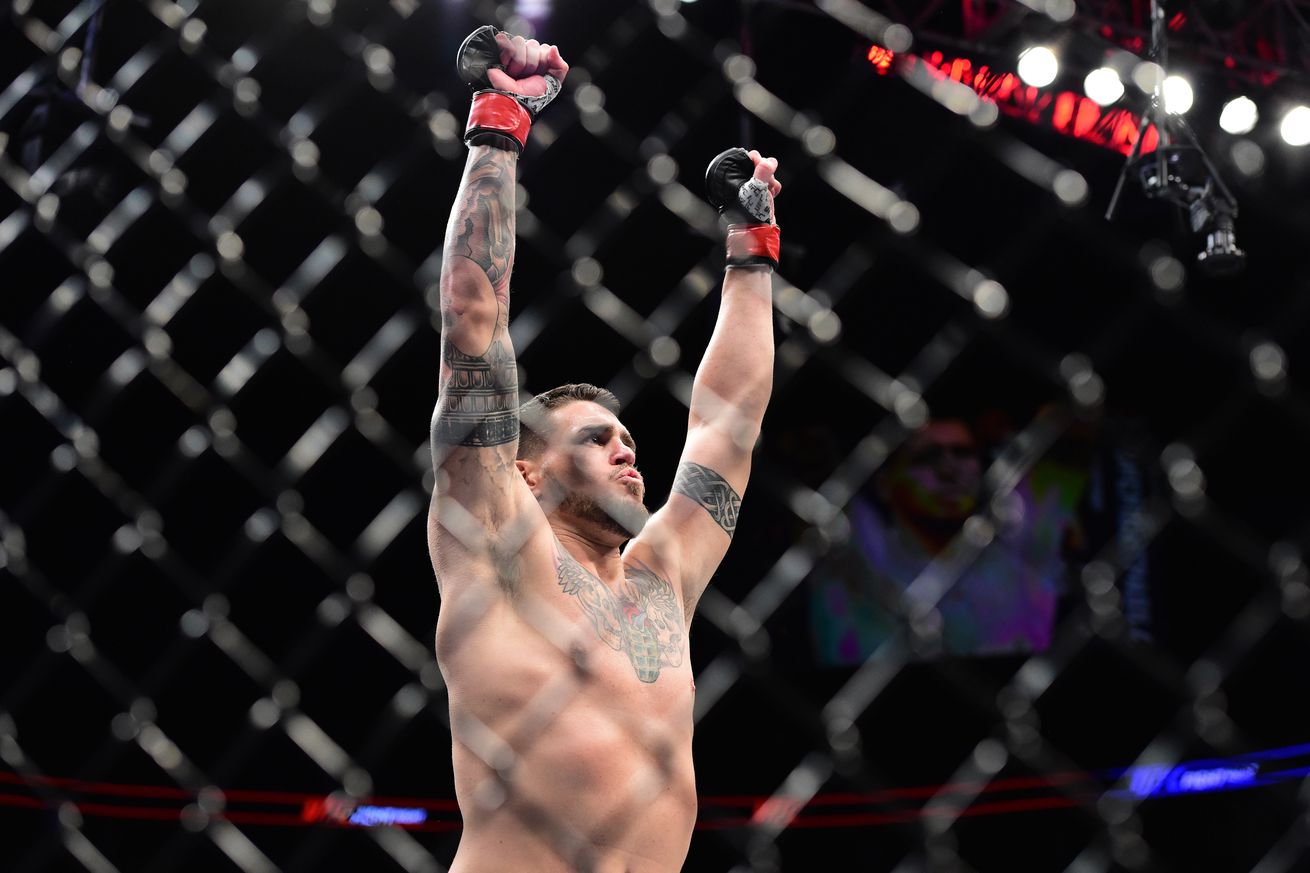 Camozzi found success early on in the first with low kicks and pressed forward looking to attack against the Brazilian. Half way through the round the Factory X trained fighter had Miranda up against the fence and landed several short blows and elbows. Towards the end of the first, Miranda caught a kick and transitioned to the back of Camozzi, who rolled under for a leg lock attempt. The two middleweights rode out in the round in 50/50 position and landed punches on one another until the horn sounded.

In the second, Miranda threw several kicks to initiate, but Camozzi caught a kick and swept out the other leg of the 37-year-old Brazilian to take the fight to the mat. From there, Camozzi could not mount much offensive output, but after a scramble he managed to land in a more favorable ride position, where he landed several punches on Miranda. Camozzi then moved into half guard and landed some more big shots that opened up a cut above the left eyebrow of the Brazilian before the end of the round.

Camozzi landed a takedown early on in the final round and moved into side control. The Colorado-based fighter used heavy top pressure and stayed on Miranda as he inched his way over to the fence while still in control. MIranda, who looked exhausted at this point, escaped to his feet and blood continued to mask his face. Camozzi landed the higher volume of ….View full article