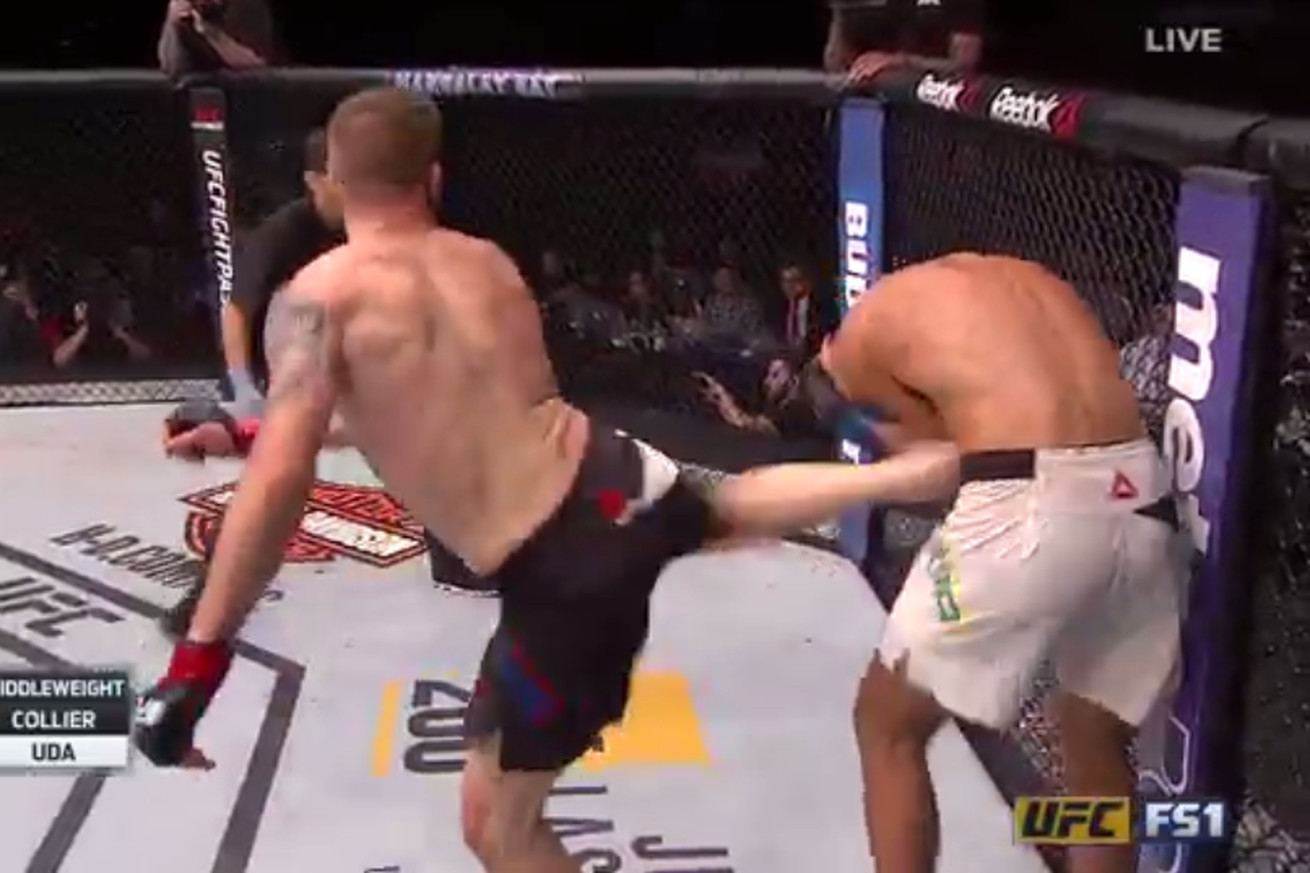 Jake Collier battled adversity against Alberto Uda at UFC Fight Night 88, but that didn’t stop him from scoring a brutal TKO finish.

Uda pieced Collier up in the fight’s early stages, but the 27-year-old fighter roared back in Round 2, putting on a highlight-reel flurry that sent his opponent to the canvas in a heap.

VIDEO: Broken nose, no problem. Jake Collier wins by TKO in Round 2. https://t.co/b9lvU01Mll