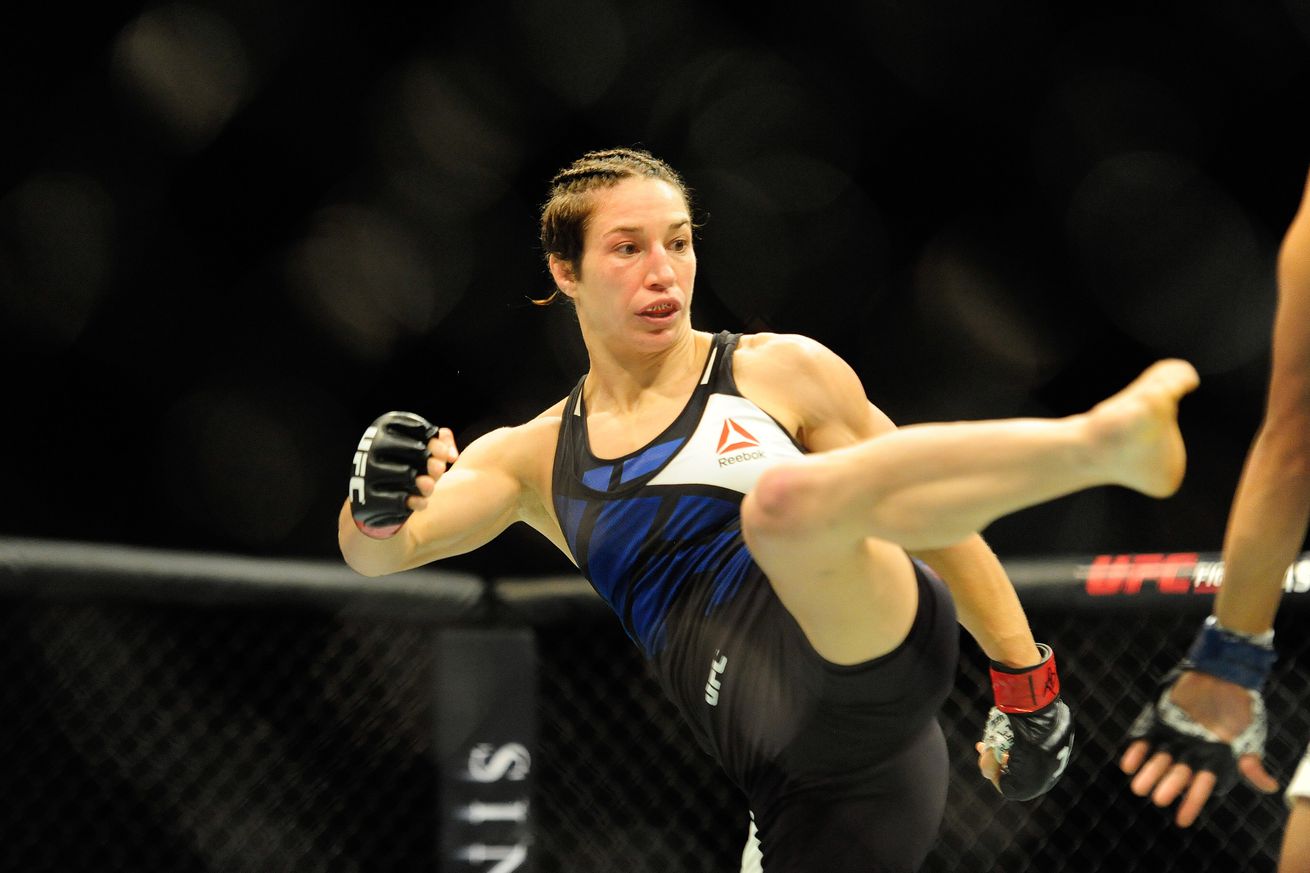 Sara McMann is back on the winning track.

The former Olympic wrestler ground Eye into the canvas throughout the three-round affair, controlling the action and dictating the pace en route to a unanimous decision victory.

Round 1 featured little action, with each fighter trying to gauge the distance and to nail down her timing before committing to any offense. McMann did land a few solid knees from the clinch against the cage, and she threw a mean overhand right, but it came up with nothing but air time and again. Overall, the round went to McMann, but it was more a product of Eye’s inactivity than of her own output and success.

In Round 2, the action heated up. The two traded in the pocket early, with McMann landing that overhand right and Eye sweeping her opponent off her feet with a perfectly timed leg kick. McMann then took Eye down midway through the round, and she rode out the frame from top position, peppering away with strikes and advancing position while smothering her foe’s offensive attacks.

Eye showed some urgency early in Round 3, but an ill-advised head kick one minute in put her on her back again, and McMann went to work. While Eye scrambled well and avoided any serious punishment, she couldn’t get back to her feet or reverse position. Closing the fight from top position, McMann stamped her victory with a few punches and elbows.

Following the official announcement of three 30-27 scorecards, McMann administered perhaps the most polite call for a title shot in UFC history.