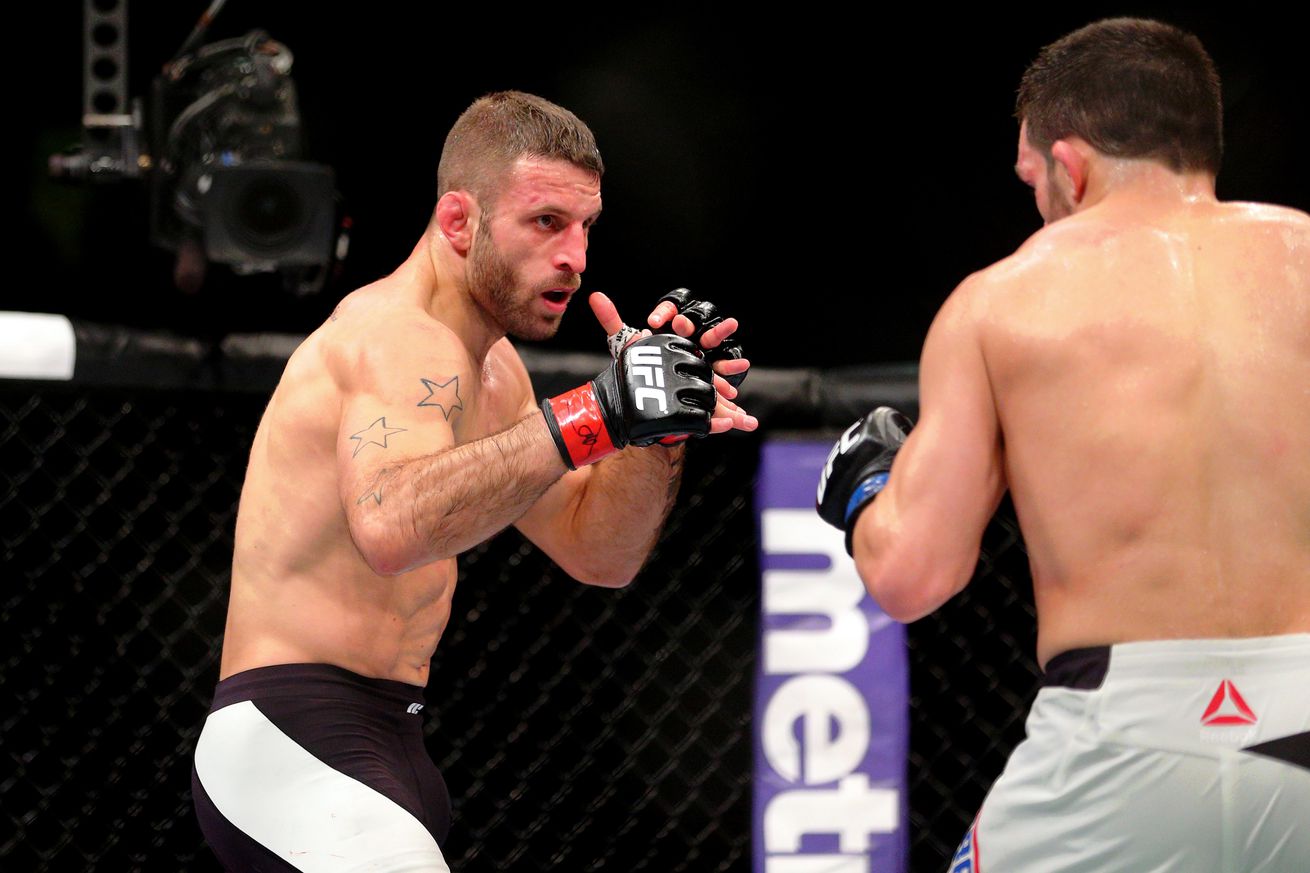 Tarec Saffiedine’s bout against Rick Story at UFC Fight Night 88 — which is pegged for May 29, 2016 in Las Vegas, Nevada — is in jeopardy after “Sponge” suffered an injury in the final days of his training camp.

According to MMA Fighting, Tarec hasn’t officially been ruled out of the bout, however, Ultimate Fighting Championship (UFC) officials are actively looking for a potential replacement to face “The Horror” in a little over a weeks notice.

“Most likely, I will not be able to fight this weekend. I am heading now to Vegas to see the UFC doctor. If UFC will not get a replacement and the doctor says I am good to go in a couple weeks hopefully [we can fight]. I will know better tomorrow after the doctor visit.”

Tarec revealed that he suffered a cut over his knee trying to defend a takedown that required stitches. As of today, his knee is still swolen.

For Tarec, should he have to bow out, it will signal the latest in unfortunate setbacks he has suffered since joining the UFC ranks. He returned from a two-year hiatus earlier this year to defeat Jake Ellenberger at UFC on FOX 18 via unanimous decision.

All told, he has only been able to compete three times in three years due to multiple injuries.

UFC Fight Night 88 is expected to be headlined by a fascinating Bantamweight bout that will see Cody Garbrandt bang it out against Thomas Almeida. To learn more about that fight card click here.