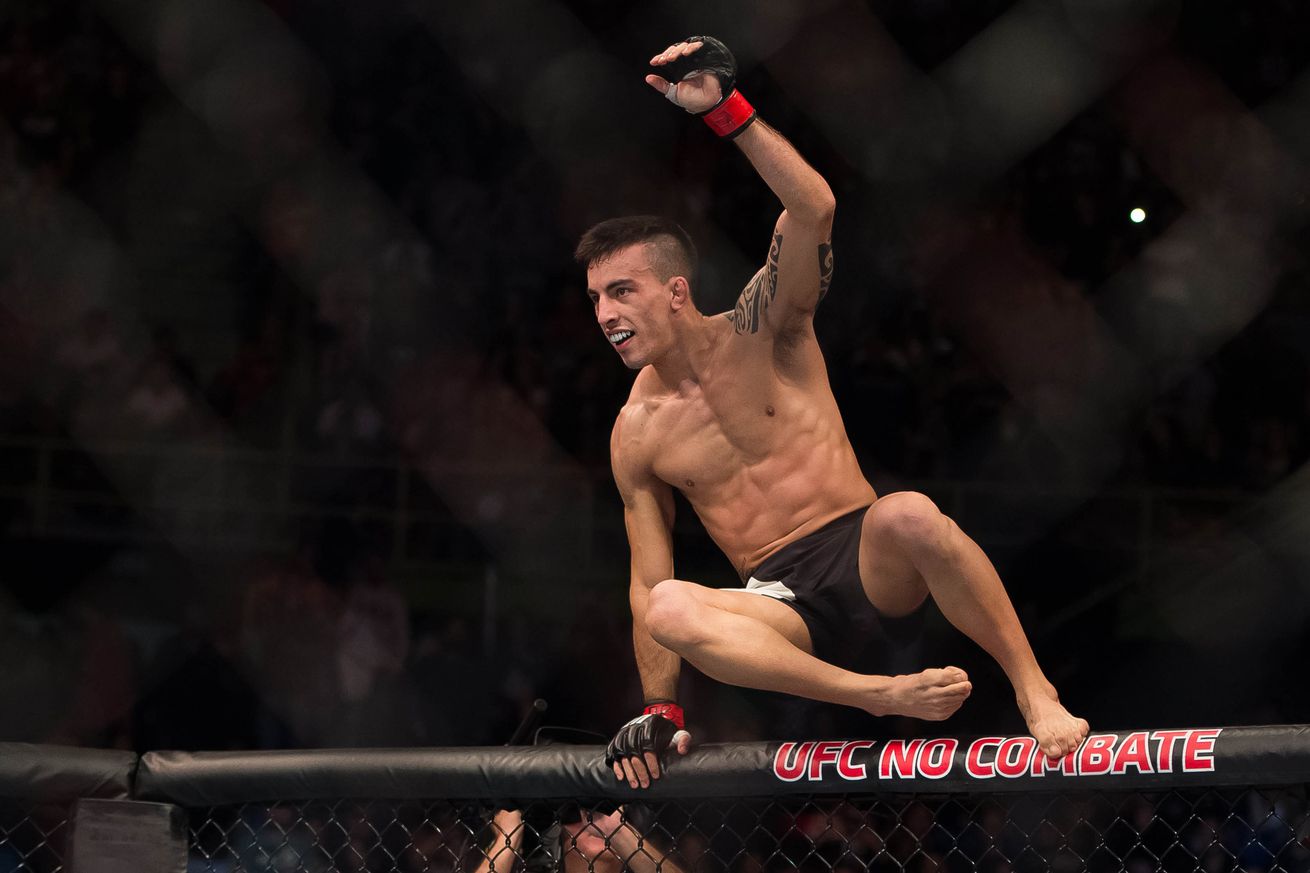 An intriguing Bantamweight bout between Cody Garbrandt and Thomas Almeida is all set to headline UFC Fight Night 88 this Sunday night (May 29, 2016) at Mandalay Bay Events Center in Las Vegas, Nevada. The explosive 135-pound showdown will showcase two of the best rising (and undefeated) mixed martial arts (MMA) contenders, going toe-to-toe in a bout that will inch the victor higher up the title fight pecking order.

But, according to Garbrandt’s comments on “The MMA Hour,” he isn’t too impressed with Almeida’s padded record, as “No Love” stated that he got to where he’s at by beating a bunch of “cab drivers.”

“If I’m 21-0, or how many ever cab drivers he beat to get to that record, I would be very confident that I can knock out an 8-0 guy in the very first round. Or anyone I fight. So for him to say that he will knock me out in the second round, I feel like he has a little bit of doubt in himself. So I am going to make sure I show that doubt in the first round. Of course he has a padded record. But, then again, he goes out there and he performs against those people, so you don’t get to that record for not being tough. He is tough, skilled, but he has all of these fights and he is just now hitting his stride. I look at it as me, I am 8-0 and I am hitting my stride, getting better and better each fight, more confident, and I can only imagine myself being at 21-0, or whatever his record really is, having all that competition and experience. It just goes to show the level of competition that you are fighting.”