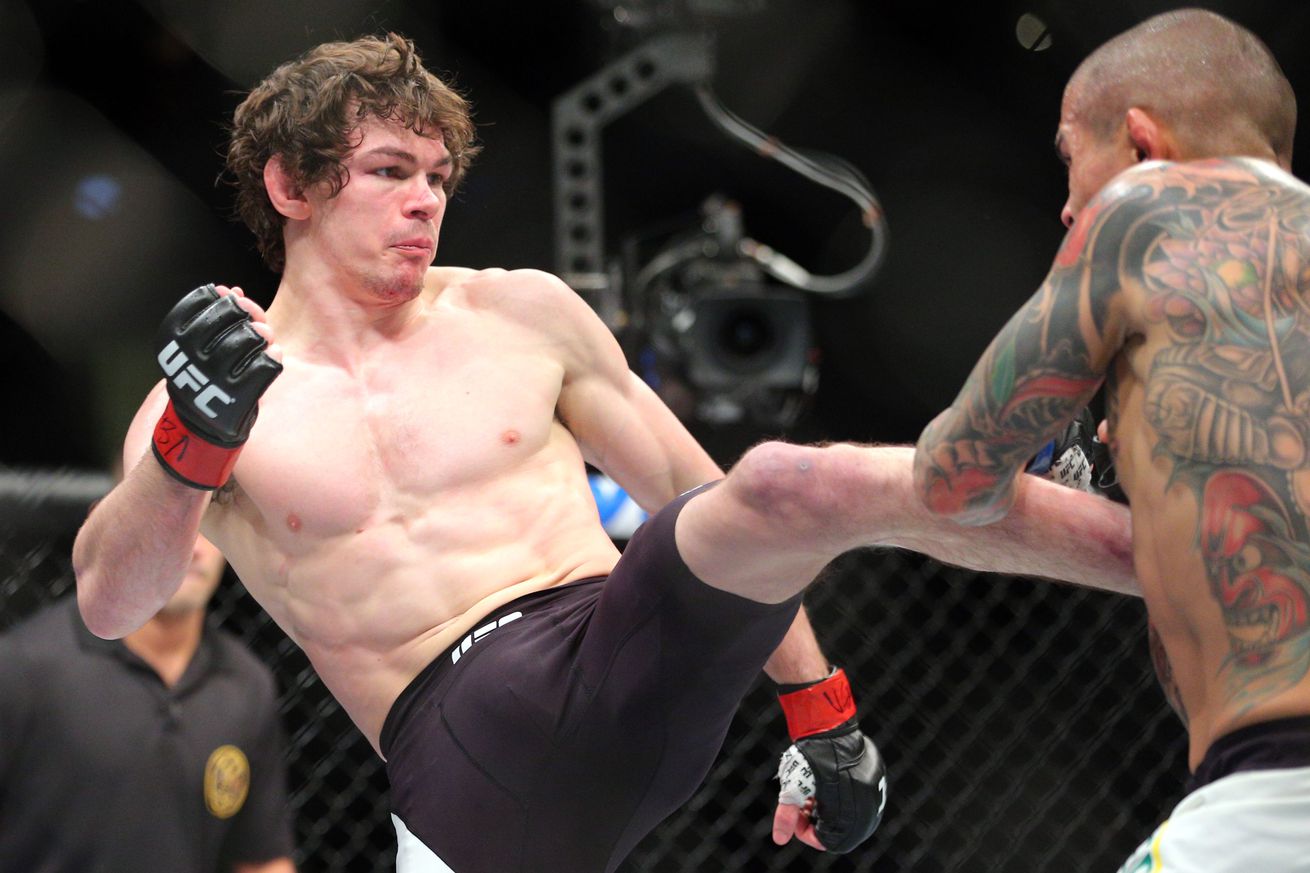 Olivier Aubin Mercier and Thibault Goti will duel this Saturday (June 18, 2016) at UFC Fight Night 89 inside TD Place Arena in Ottawa, Canada. In a match up of Lightweight up-and-comers, what adjustments must be made for either man to claim victory? Find out below!

Mercier is something of a fighter to watch at Lightweight. An athletic grappler out of one of the best camps in the world, Tristar, Mercier has already built up a 3-1 record at 155 pounds.

Meanwhile, Gouti’s short-notice Octagon debut didn’t exactly go as planned. Submitted in less than 30 seconds, the French fighter is looking for a more positive showing this time around.

That should be a sound strategy opposite Gouti.

Though a majority of Gouti’s finishes come via submission, he really fights like more of a boxer than anything else. Plus, most of his grappling success came against fighters on the regional scene in France, and the vast majority of those fighters cannot match up to “The Quebec Kid.”

Stylistically, this should be something of a layup for Mercier. He’s the superior grappler and has been a difficult fighter to finish on the feet, meaning his chances ….View full article