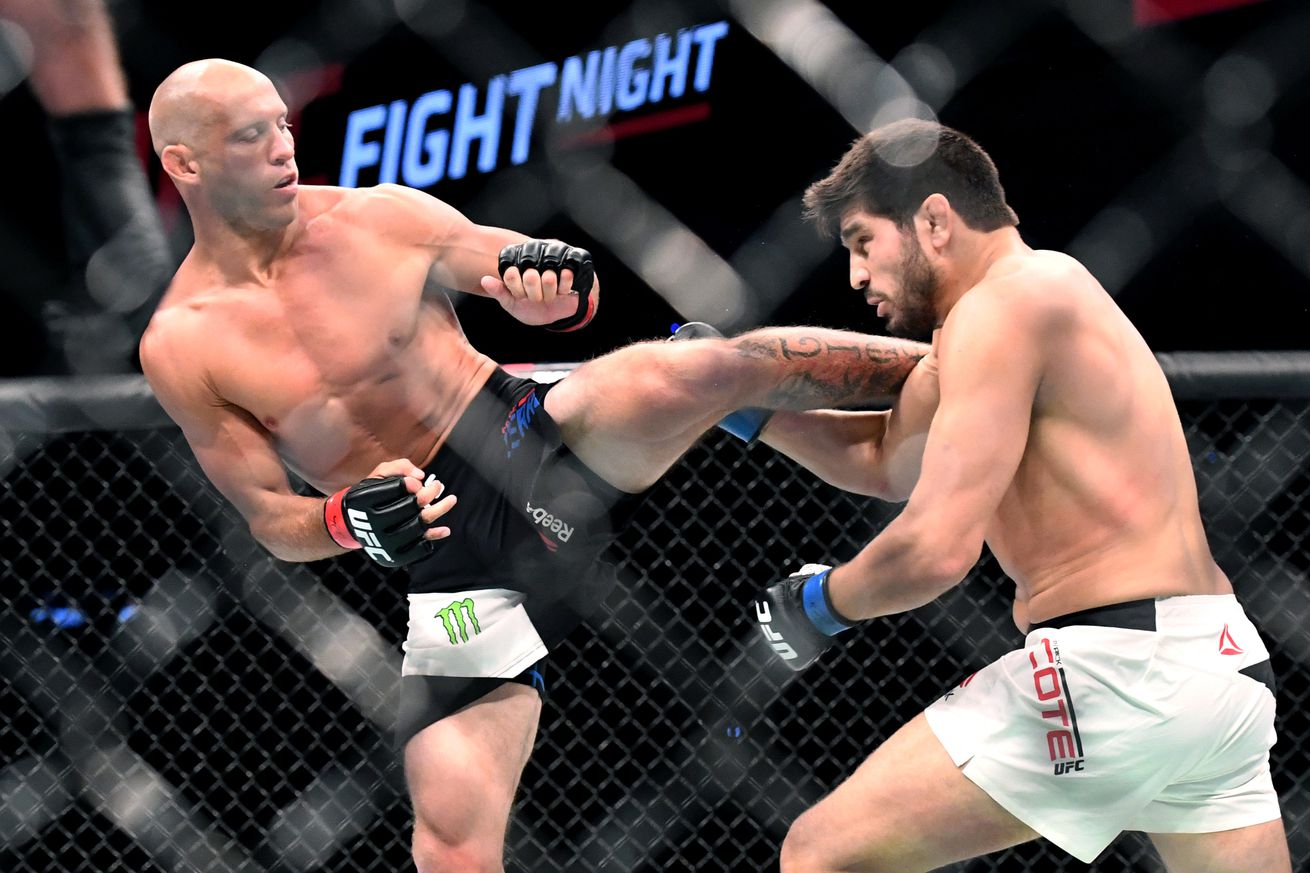 Last night (Sat., June 18, 2016), Donald Cerrone and Patrick Cote went to war at UFC Fight Night 89 inside TD Place Arena in Ottawa, Canada. In an incredible showing, Cerrone knocked out his opponent. Find out how below!

Though he made a successful debut at Welterweight, Cerrone’s immediate future in the division was uncertain. “Cowboy” looked to find out for himself last night if competing at 170 lbs. was an option, as this was a significant step up in competition.

Since dropping down to Welterweight, Cote has experienced a career renaissance. With his only loss in the division coming to the night’s headliner “Wonderboy,” Cote had an opportunity to claim a spot in the rankings last night.

Cerrone opened up the bout with a nice reactive takedown, but he wasn’t able to do much before Cote scrambled back up to his feet after about a minute. After the two traded some kicks on the feet, Cerrone caught his opponent rushing with a takedown once again.

This time around, Cerrone advanced into the half guard and took the back when Cote tried to stand up. Locking in the body triangle, Cerrone attacked with the rear naked choke and nearly slipped it under the chin early on.

Cote survived, but he certainly lost the round.

Cerrone was very active with his kicks to start the second round. He immediately began chopping his opponent’s legs down, and “Cowboy” also did an excellent job of countering his opponent’s reaching punches with kicks to the body.

Before long, the low kicks were taking their effect, as Cote was moving rather gingerly. Just as “The Predator” began to find his range with some ….View full article