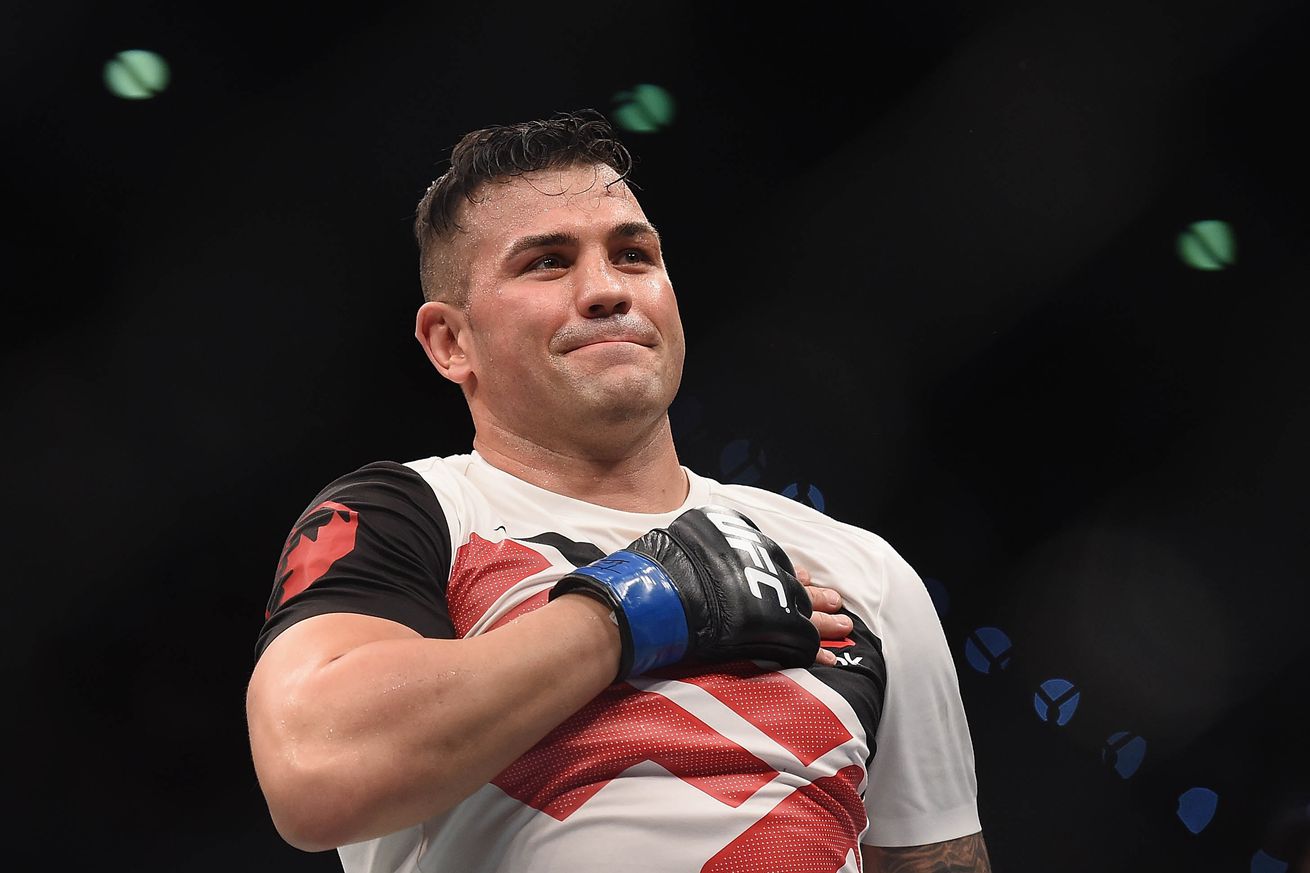 Steve Bosse (11-2) used to get sent to the penalty box for fights like this, but now he will likely be headed straight to the bank to cash in a “Fight of the Night” bonus after an absolute classic battle with Sean O’Connell (17-8) at UFC Fight Night 89 earlier tonight (Sat. June 18, 2016).

Bosse, 34, was nearly finished in the opening round, but rallied back in a fiercely-contested battle to defeat O’Connell by unanimous decision inside TD Place Arena in Ottawa, Canada in an absolute classic.

Both fighters began throwing heavy leather right off the bat, much to the delight of the Canadian fans.

O’Connell clipped Bosse with a few big punches, which sent the Canadian crashing to the canvas and it looked like his night would be a short one. But “The Boss” recovered, avoided a flurry on the ground by O’Connell and made his way back to his feet.

The two Light Heavyweights continued to swing violently and O’Connell clipped Bosse again and pressed the former professional hockey player up against the fence. Bosse circled out and he and O’Connell returned to the center of the cage. Bosse went in on a takedown in the closing seconds, but could not secure it.

The slugfest continued in the beginning of the second with both fighters landing big strikes on one another in the opening seconds. O’Connell pressed Bosse up against the fence, but didn’t capitalize on his position. Bosse landed a big punch that rocked O’Connell and as the Minnesota native threw a kick, Bosse caught it and took him to the mat. Bosse began raining down big punches from the open guard of O’Connell, who did a solid job of defending and staying out of harm’s way. Bosse ….View full article