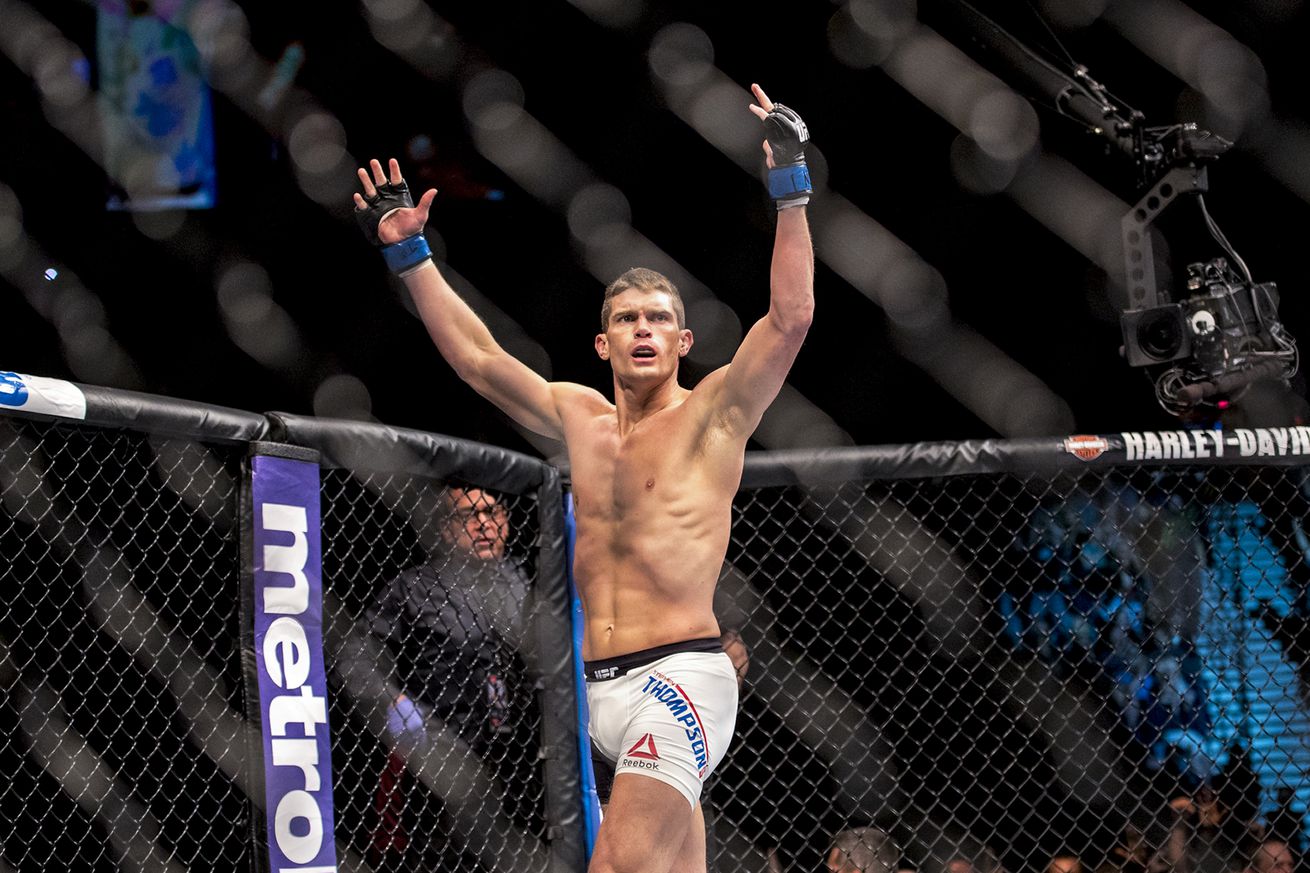 After all, “Wonderboy” has racked off six-straight Octagon victories, including finishes of former champion Johny Hendricks and hard-nosed veteran Jake Ellenberger.

As Thompson enters his UFC Fight Night 89 main event tilt with Rory MacDonald tonight (Sat., June 18, 2016) live on FOX Sports 1 from the TD Place Arena in Ottawa, Canada, he’ll be given the opportunity to lock down a title shot with a victory over one of the most complete fighters in mixed martial arts (MMA) today.

The pressure is on to say the least. With a unique skill set fueling his mainstream ascension, Thompson must produce if he wants to capitalize on his new found potential in the prime of his career.

And considering so much is at stake for the 33-year-old, “Wonderboy” is undoubtedly the “Fighter to Watch” tonight in Ottawa.

One of the most important questions for Thompson entering his tilt with MacDonald is whether or not he can make even the most elite Welterweights in the world look foolish with his sporadic Karate entrances and exits on the feet and superb takedown defense. He was able to utilize both strengths against Hendricks at UFC Fight Night 82, but “Bigg Rigg” hasn’t looked the same since losing the title to current champion Robbie Lawler back at UFC 181. It can be argued that Thompson caught Hendricks at the perfect point in his career, especially considering Hendricks was in the middle of a new weight management program.

Nonetheless, Thompson will be able to dethrone MacDonald in front of a wild Canadian crowd will little resistance to follow. As arguably the most well-rounded 170-pound threat on the planet, “Red King” has shown the ability ….View full article