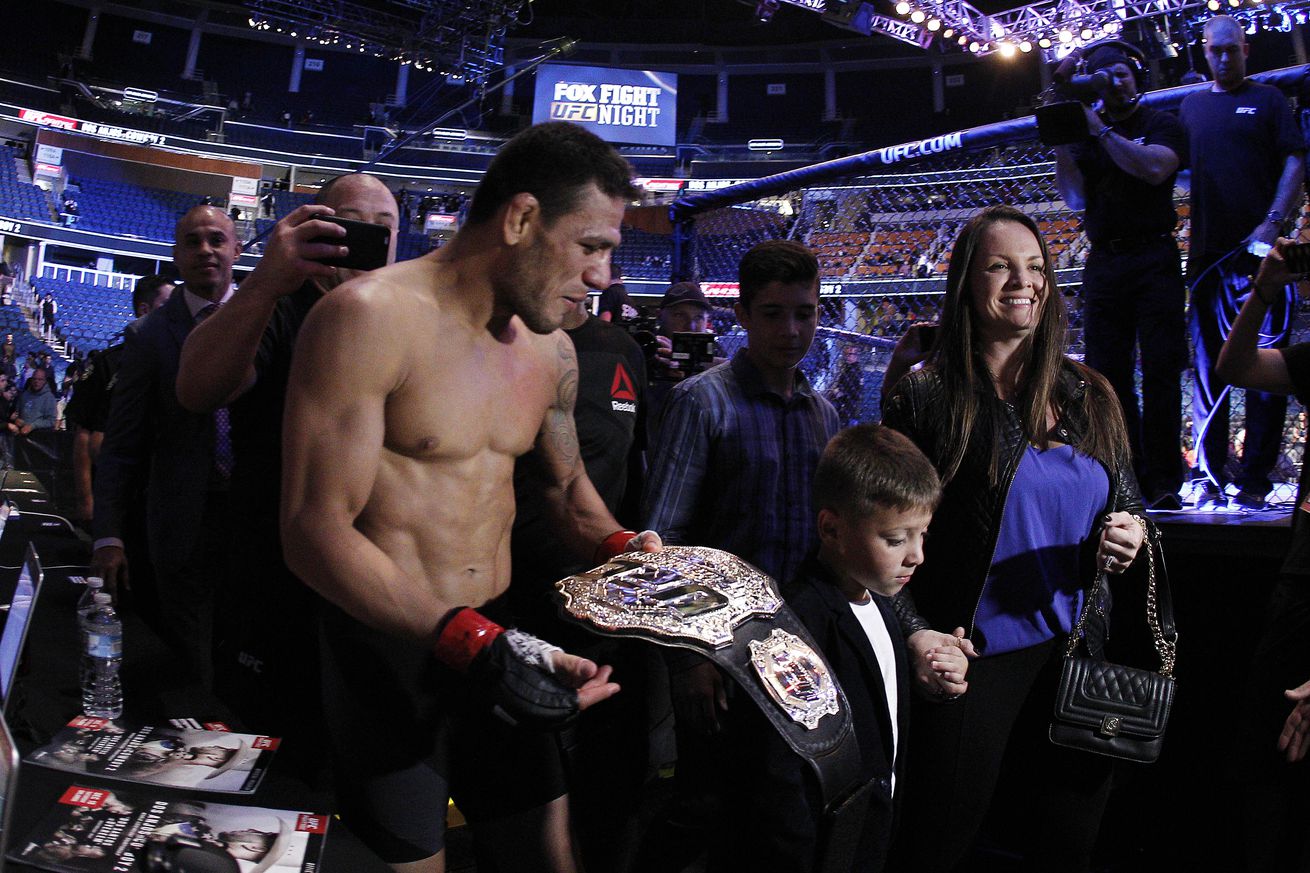 When you think of greatest lightweight of all time, it’s hard to pinpoint an ex-ruler of the division as the best ever, though many would give that title to none other than B.J. Penn.

Of course, neither he nor the man who defeated him twice — Frankie Edgar — ever defended the 155-pound belt more than three times.

Neither did Ben Henderson.

All in all, including current division kingpin Rafael dos Anjos, there have been seven different men to hold the strap, but none have ever had a title reign that compares to the likes of Anderson Silva, Jose Aldo, Demetrious Johnson, or Georges St-Pierre.

The aforementioned Dos Anjos, however, looks to change all of that, as he wants to be known as the greatest lightweight of all time. And to do that he tells FOX Sports he has to defend the belt repeatedly.

“I’m looking to make history. Right now, I already made history because I’m the first Brazilian champion (at lightweight), first non-American. Now I’m looking forward to having the most title defenses. One more title defense and a lot more still to come. That’s what I’m looking for. That’s my goal. I had a goal to have my belt and I have my belt and I’m the champion. Now my goal is to become the best ever. To become the best lightweight in history.”

“RDA” already has one successful title defense in his back pocket, taking out Donald Cerrone rather swiftly at UFC on FOX 17 last December.

He’ll look to make it two in a row when he faces Eddie Alvarez in the main event of UFC Fight Night 90, which is set to pop off on Thursday (July 7, 2016) in Las Vegas, Nevada (details here).

Should he prove successful, the Brazilian bomber will need two more to be the sole ….View full article