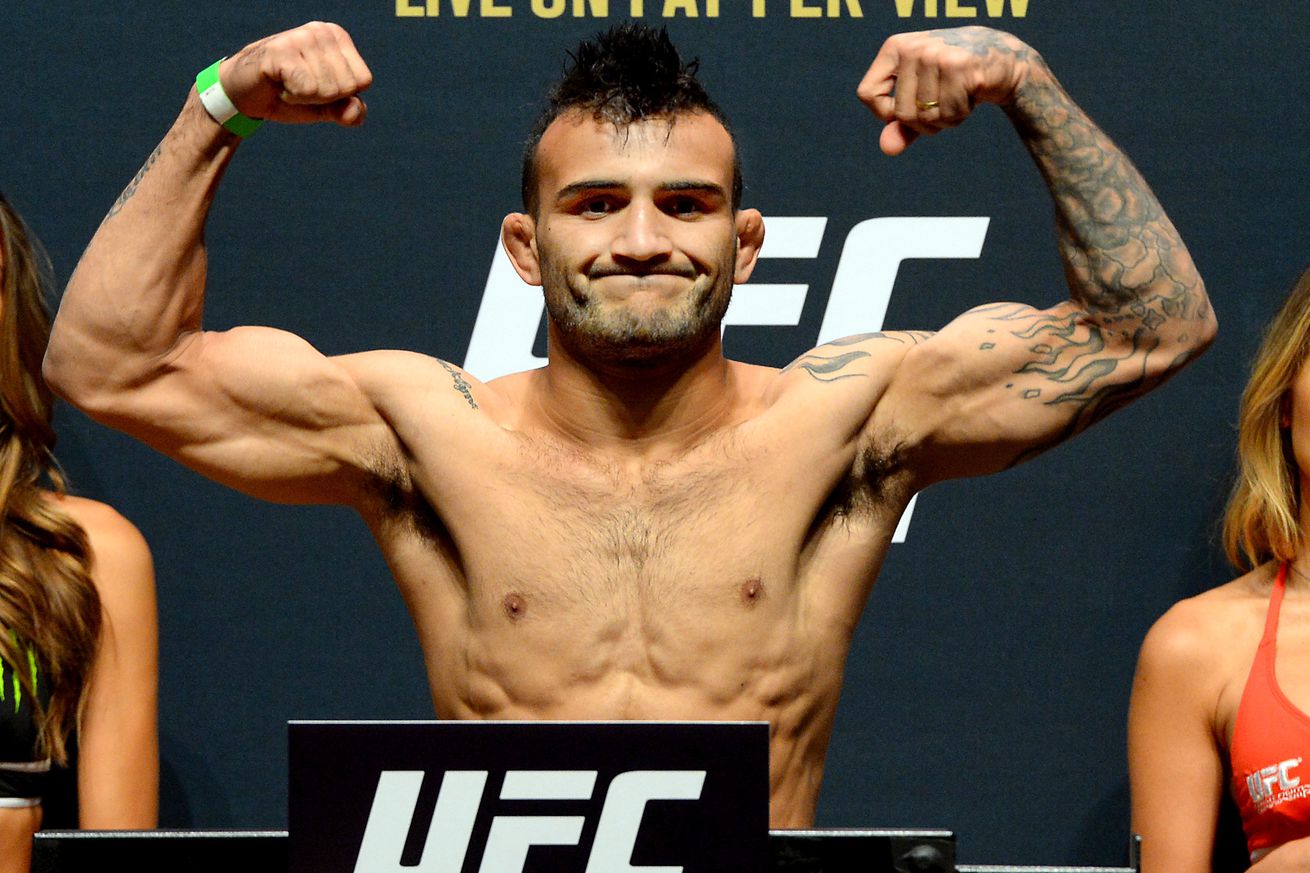 Headlining the FOX Sports 1-televised event will be bantamweight contender Michael McDonald, as he attempts to inch himself closer to a 135-pound title shot at the expense of John Lineker. “Hands of Stone,” meanwhile, is out to prove he’s just as dangerous — and powerful — as he was during his flyweight run.

Elsewhere on the card, Tony Ferguson will keep himself busy — thanks to an injury to Michael Chiesa — with a three-round dance against regional import Landon Vannata. In addition, longtime “Barbarian” Tim Boetsch will trade leather with The Ultimate Fighter (TUF) standout Josh Samman.

I feel like I want to complain, but the fights are free, so not much room here for discord.

For previews of tonight’s preliminary card acton click here. Odds and betting lines for all the entire Sioux Falls line up can be investigated here.

Now then, on with the show.

Nostradumbass predicts: Michael McDonald used to be a big deal in the bantamweight division, but looking back at his list of signature victories, it’s hard to wonder if he wasn’t getting the better of fading veterans. I don’t know how much stock we can put into his knockout over Miguel Torres, who recently went belly up on the regional scene.

The same can be said for “Mayday’s” submission win against Brad Pickett, as “One Punch” posted back-to-back wins just once since 2010. Who else?

Aside from that, McDonald has competed just once over the ….View full article