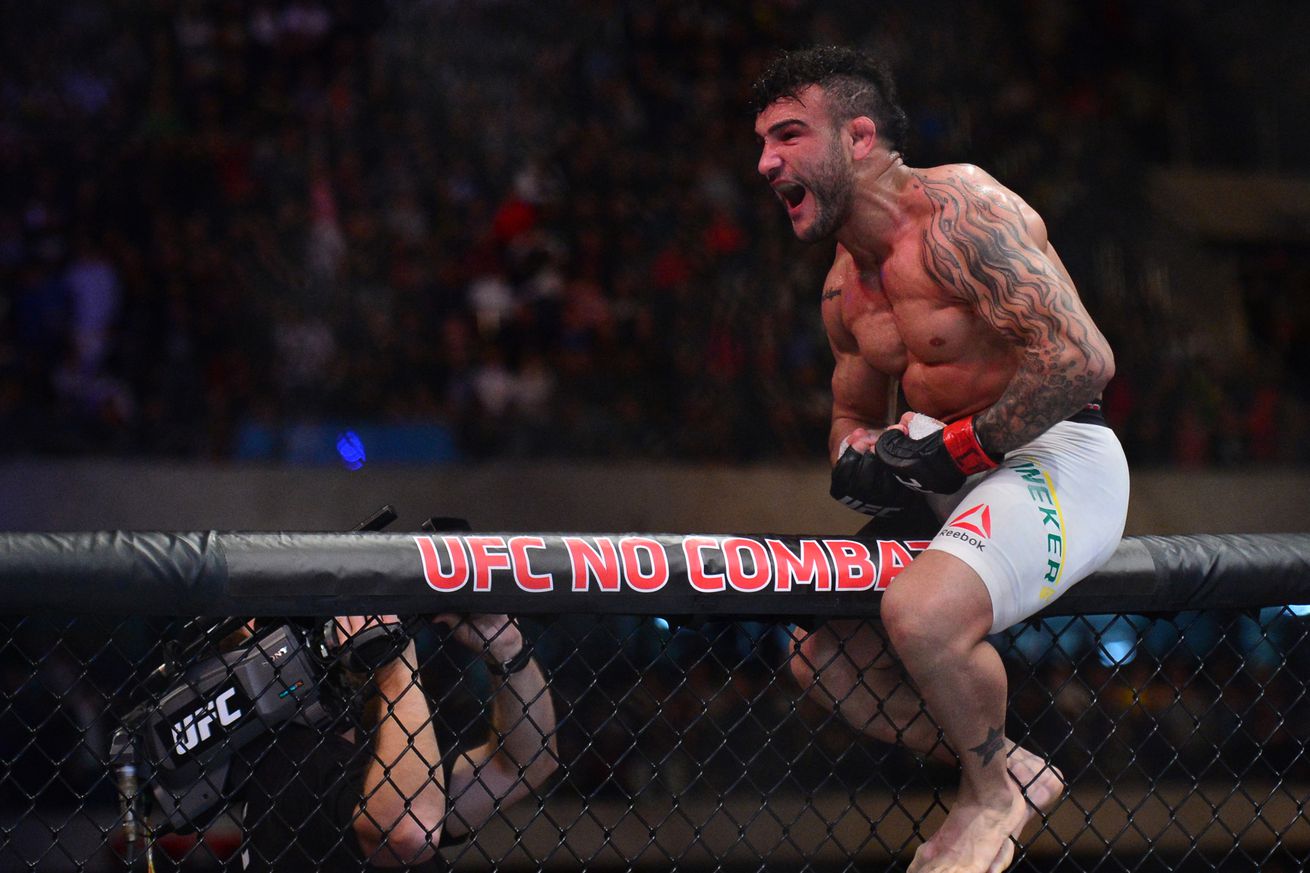 Last night (Weds., July 13, 2016), Michael McDonald and John Lineker squared off at UFC Fight Night 91 inside Denny Sanford Premier Center in Sioux Falls, South Dakota. In a quick finish, Lineker knocked out his opponent. Find out how below!

Still just 25 years old, the former title contender returned after two years off due to a series of injuries to submit a tough fighter and confirm his top 10 ranking. Last night, McDonald looked to prove that he was still in the title hunt.

Lineker may not have wanted to be kicked from the Flyweight ranks, but it’s turned out pretty well so far. In his first main event, the Brazilian boxer was looking to score his third straight victory and announce himself as a true contender.

McDonald tried to keep his distance from his far shorter opponent, circling the outside and flicking his snap kick up the middle. For a moment, it appeared to be working, as McDonald landed some hard counter shots when his opponent looked to work inside.

However, it still wasn’t long before Lineker managed to walk his opponent into the fence. Once there, Lineker failed to trap his opponent — at first — but did land some hard body shots in the first couple exchanges. Next time he pushed McDonald backwards, Lineker changed targets with an overhand towards the jawline.

It connected cleanly, and McDonald dropped to his knees. McDonald stood up only to get placed back on the mat twice more before circling a bit and regaining a small bit of his sense. Unfortunately for “Mayday,” Lineker refused to be denied, swarming forward with ….View full article