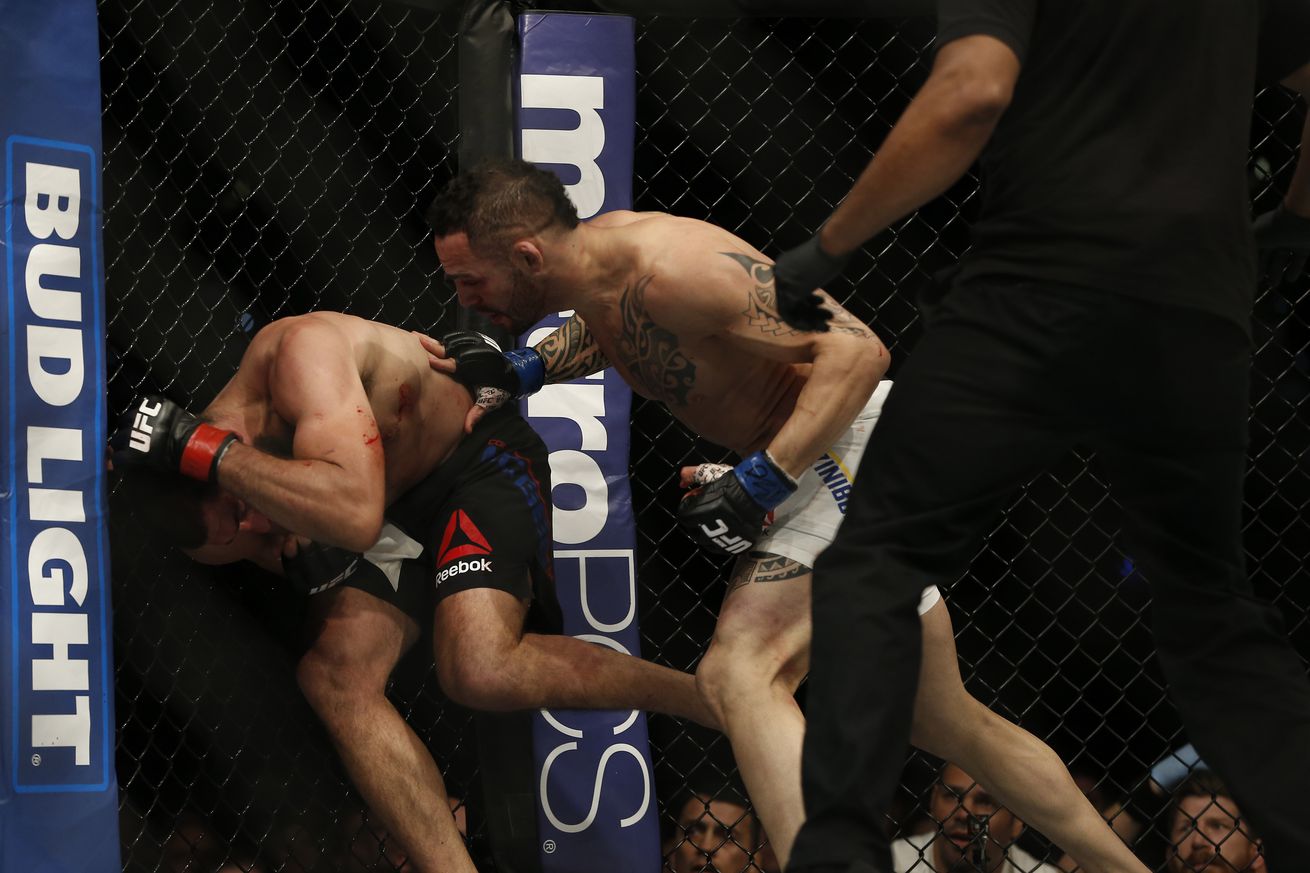 Saniago Ponzinibbio and Zak Cummings will square off this Saturday (Aug. 6, 2016) at UFC Fight Night 92 inside Vivint Smart Home Arena in Salt Lake City, Utah. In a match up of scrappy Welterweights looking to take the next step, what adjustments must be made for either man to claim victory? Find out below!

Ponzinibbio hasn’t managed to break into the rankings just yet, but he’s proven himself to be a rather tough out. Having won four of his last five bouts, Ponzinibbio is hoping to make another big statement in this bout. Similarly, Cummings has quietly gone 4-1 inside the Octagon, and he’s looking to break into the top tier of the division. Opposite another tough, rising Welterweight, this could be a big break for either man.

This bout will be a major test of Ponzinibbio’s ability to strike with someone who is a serious takedown threat. Ponzinibbio faced a similar challenge in McGee, but the Argentinean fighter had such a massive edge in athleticism that it was hardly a factor.

Not the case in this match.

With the threat of both the takedown and his foes’ punches in mind, Ponzinibbio needs to make sure his feet ….View full article