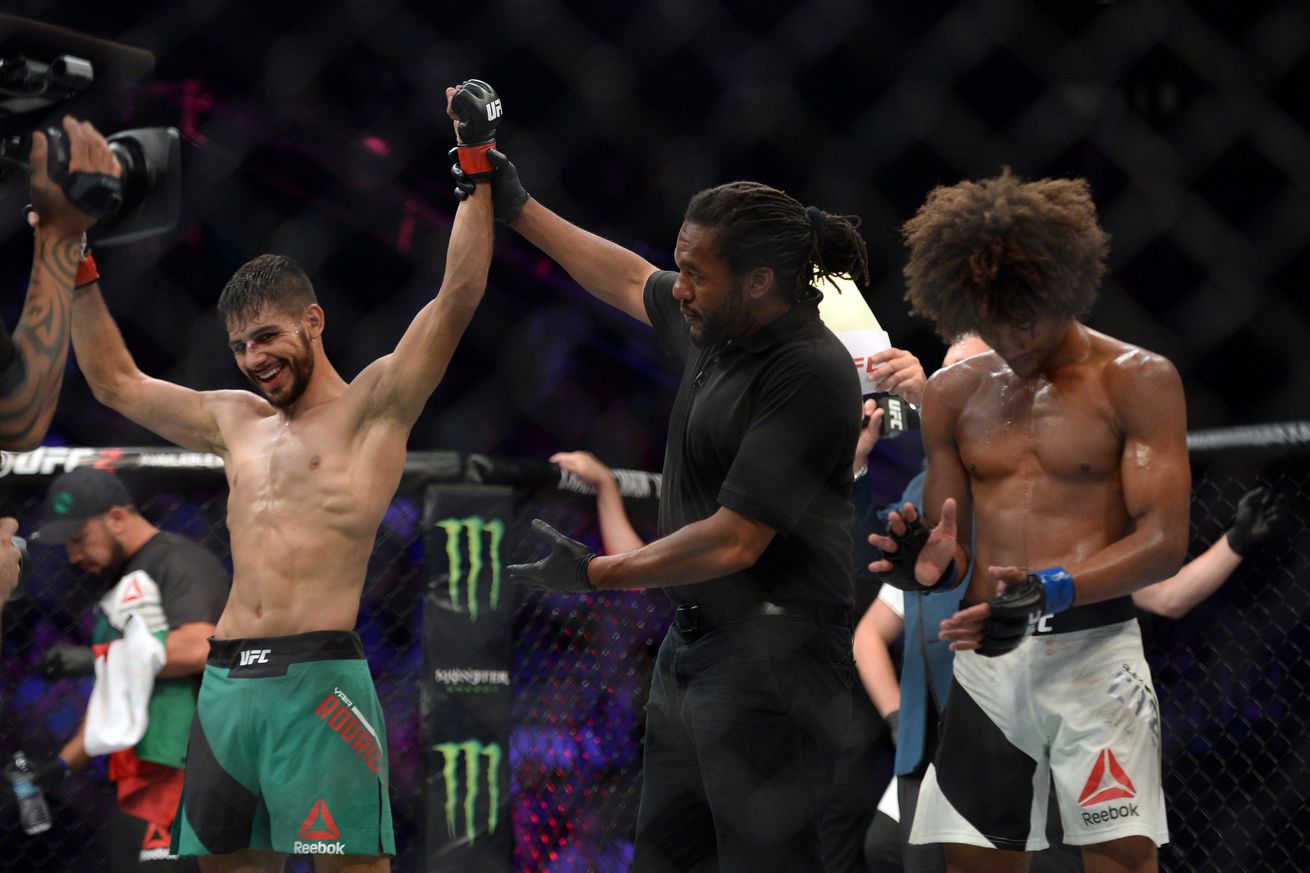 In the main event of the evening, Yair Rodriguez and Alex Caceres put on one heck of a show for the fans, displaying an array of fancy strikes and plenty of spinning attacks to make your head spin (see it again here).

In the end, Yair squeaked by with a split-decision victory over “Bruce Leeroy” to earn him his fifth straight win inside the Octagon.

In the co-main event, Dennis Bermudez and Rony Jason went through a bloody war for three rounds which ultimately saw “The Menace” earn the decision win (highlights).

Who He Should Fight Next: Jeremy Stephens

It wasn’t easy, but Yair pulled out a win in Salt Lake City over a very game Caceres, who was out to put his own stamp in the division. A bout against a veteran like Stephens, though, will be a much tougher challenge for “El Pantera,” and will force him to be a bit calmer and more calculated in his attack.

Plus, it will prove to the MMA world just where exactly he stands in the 145-pound weight class, as Stephens has proven to be as tough as they come.

Who He Should Fight Next: Cub Swanson

Bermudez earned his second straight win after dominating Rony Jason in the co-headlining act and proceeded to call out Frankie Edgar. While you have to admire his willingness to put himself out there and call for a former champion, a fight against “The Answer” simply isn’t in the card for “The Menace.”

Instead, I’d like to see him face off against Cub Swanson, who was also ….View full article