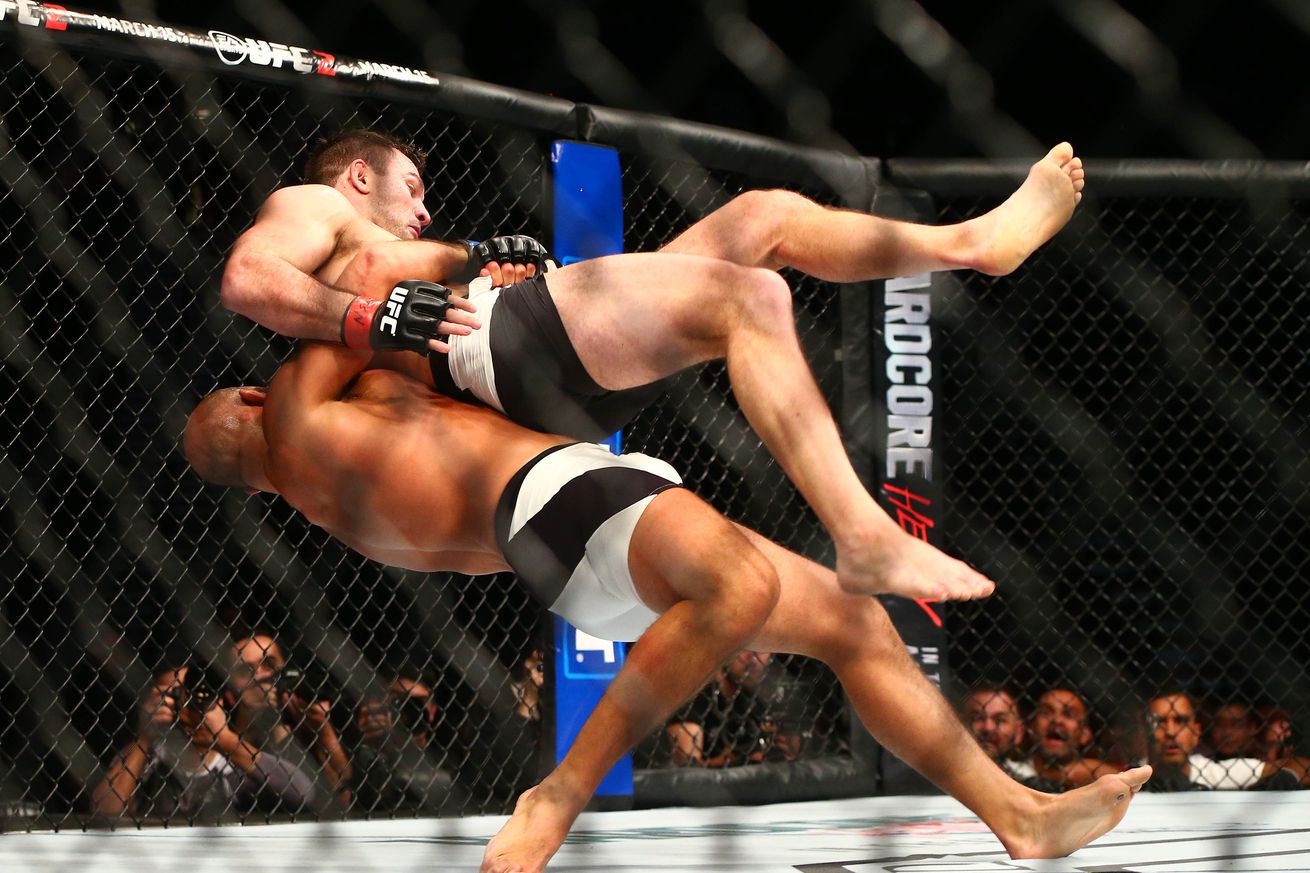 Ultimate Fighting Championship (UFC) Light Heavyweight hitters Ryan Bader and Ilir Latifi will battle this Saturday (Sept. 3, 2016) at UFC Fight Night 93 inside Barclaycard Arena in Hamburg, Germany. In a match up of powerful wrestlers, what adjustments must be made for either man to claim victory? Let’s break it down.

Bader put together the best string of performances in his career to earn a title eliminator opposite Anthony Johnson. Unfortunately, “Darth” was flatlined without much difficulty, and now he must rebuild. On the other hand, Latifi worked his way into the rankings by winning five of his last six, including some devastating finishes. This is a major opportunity for Latifi, as the former short-notice fill-in could climb into the Top 10 and title mix.

Thanks to his technical improvement, Bader should have some serious advantages. He’s already the quicker man, but now that his stand up consists of more than a charging overhand, he should have a major edge at range. Latifi is a powerhouse wrestler with some crazy punching power, but he’s simply not all that fast and has few distance weapons. Against opponents who can move and kick, he’s largely a sitting target. Bader showed in his bout ….View full article