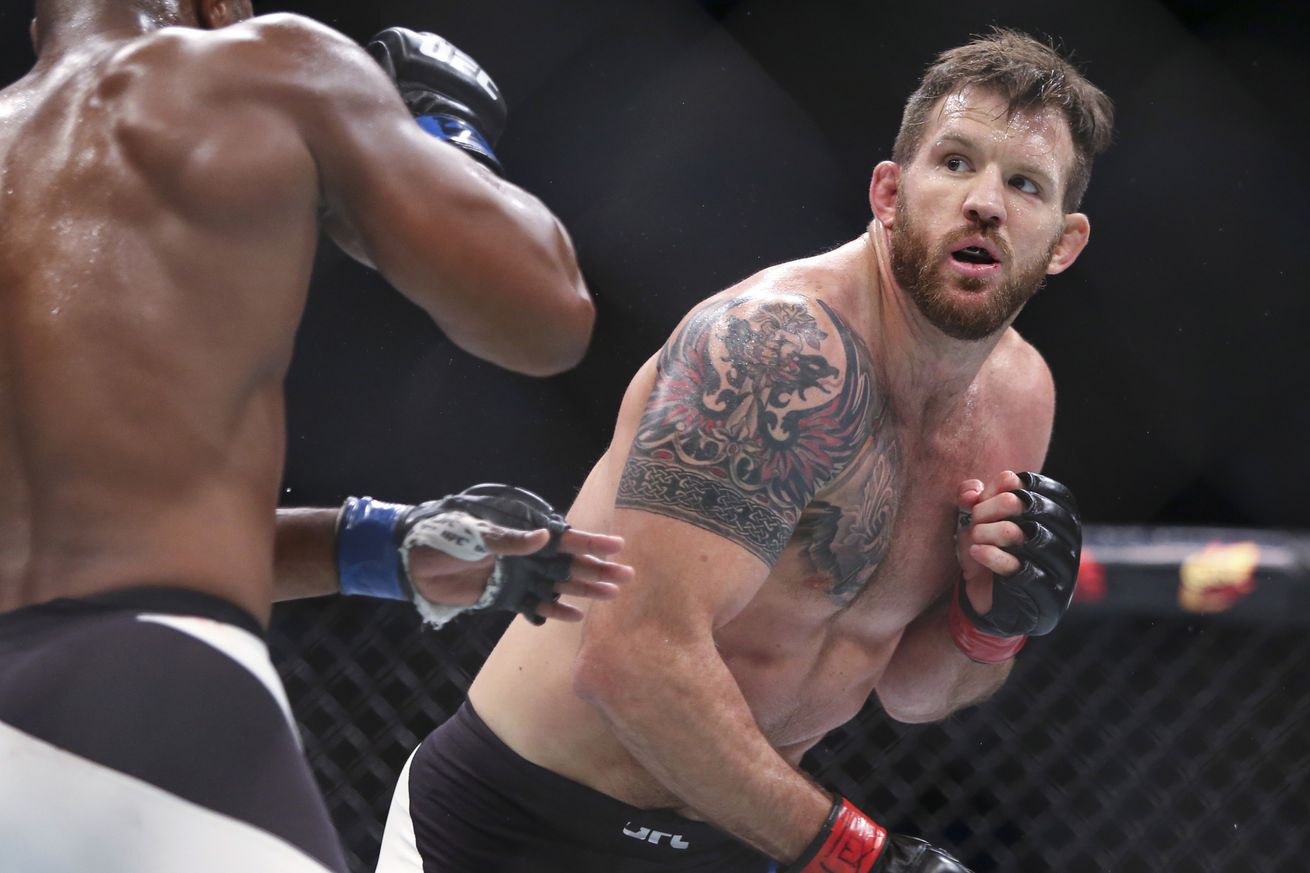 In the last couple years, Bader showed some serious progression and put on the best performances of his career. While his climb to the top came to a horrendous halt opposite Anthony Johnson last time out, Bader was looking to regain some momentum here. Meanwhile, Latifi has looked better than ever. No longer known as the short-notice sacrifice to Gegard Mousasi’s jabs, Latifi has established himself as a dangerous knockout artist with some great grappling.

Bader worked to establish his jab early, controlling the center of the Octagon and maintaining range. For much of the round, Bader did a nice job of avoiding his opponent’s single shots, landing long punches and some hard kicks. Latifi mostly tried to time Bader, either leaping forward or attacking with single shot counter punches. It didn’t work all that well, but Latifi did crack Bader hard with just about 10 seconds left in the round.

“Darth” recovered well, but it made things close.

Latifi continued his aggressive attack into the second round, gaining top position in a scramble and landing some hard shots as Bader worked up. On the whole, Bader may have been landing a bit more consistently, but Latifi’s shots definitely had the bigger impact.

Throughout the fight, it was clear that Bader was trying to time Latifi’s level changes, as the Swede repeatedly ducked down when Bader closed range. Halfway through the second, he finally capitalized, showing punches and stepping into a high kick.

His knee ended up connecting clean, and Latifi crumbled to the mat in dramatic fashion.

This was both a hard-fought victory and strong performance from Bader. Latifi has developed into a rather dangerous ….View full article