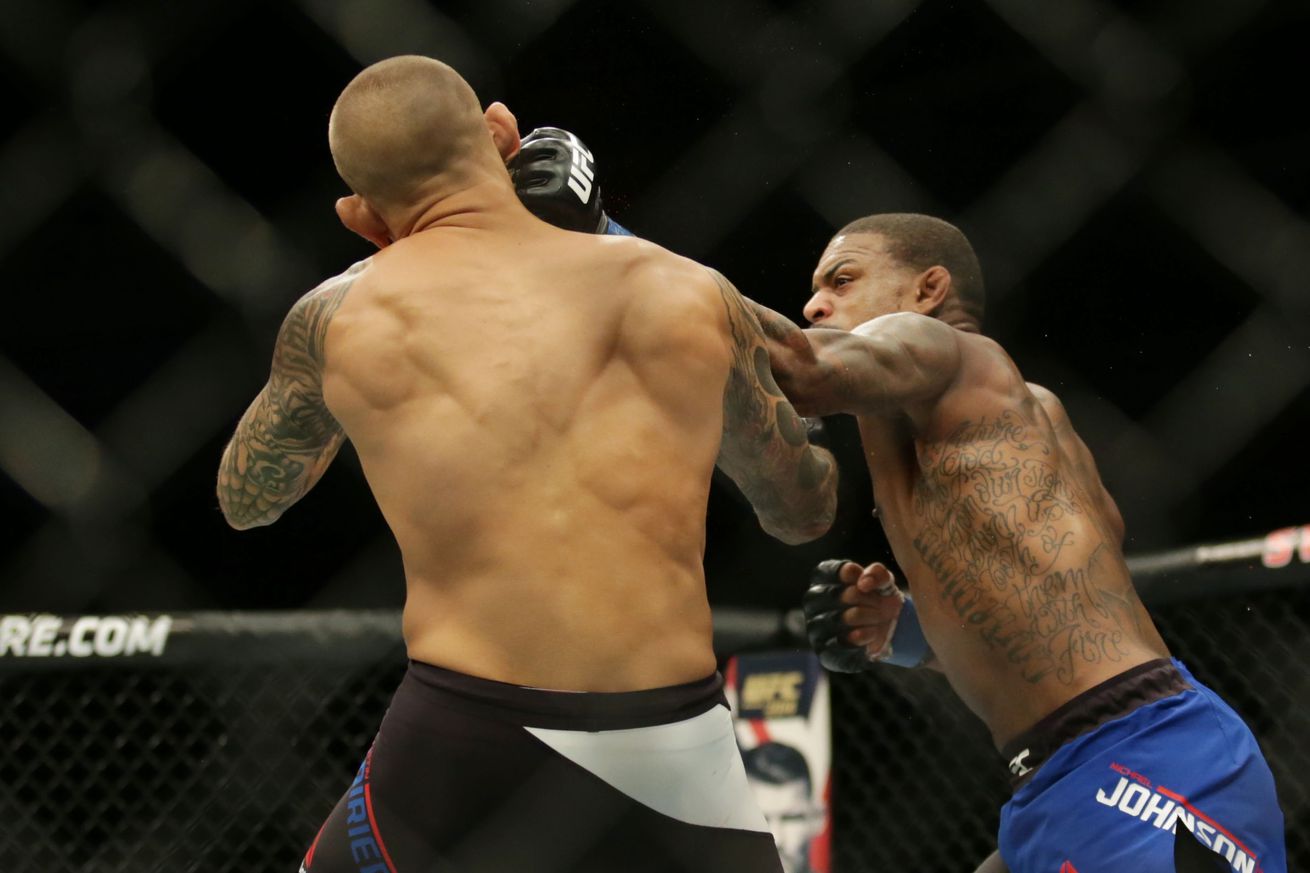 Since moving up from Featherweight, Poirier has been tearing opponents apart. Thanks to some technical improvements and his incredible punching power, “The Diamond” was knocking on the door of the title mix, and a victory over Johnson could be the last bit of push he needed.

Meanwhile, Johnson was in Poirier’s position a little over a year ago, knocking on the door of a title shot after a big win streak. A couple tough losses sent him slipping down the ranks, but this was his opportunity to turn things around and begin a new run at the strap.

Johnson came out and attacked quickly, maintaining his range and stabbing at Poirier with jabs and low kicks. In the first real exchange of punches, Johnson’s speed advantage was evident, as his combination flew out far quicker than his opponent’s punches.

While Johnson looked extremely sharp, Poirier didn’t seem too concerned and looked fairly calm. However, that comfort may have backfired, as Poirier stepped into a combination too tall. Johnson took a quick step back, planted, and landed flush with a counter hook-cross.

It shut his opponent’s lights off.

This was a spectacular performance by Johnson. He looked quick and deadly from the start of the bout, and it was clear that any clean blows from either man could drastically change the fight.

Even before those counter punches, Johnson was fighting smart. By working to establish his jab and kicks, Johnson set himself up for success if the fight did go into the later rounds.

Following this victory, Johnson deserves a fighter in the title mix. A rematch with ….View full article