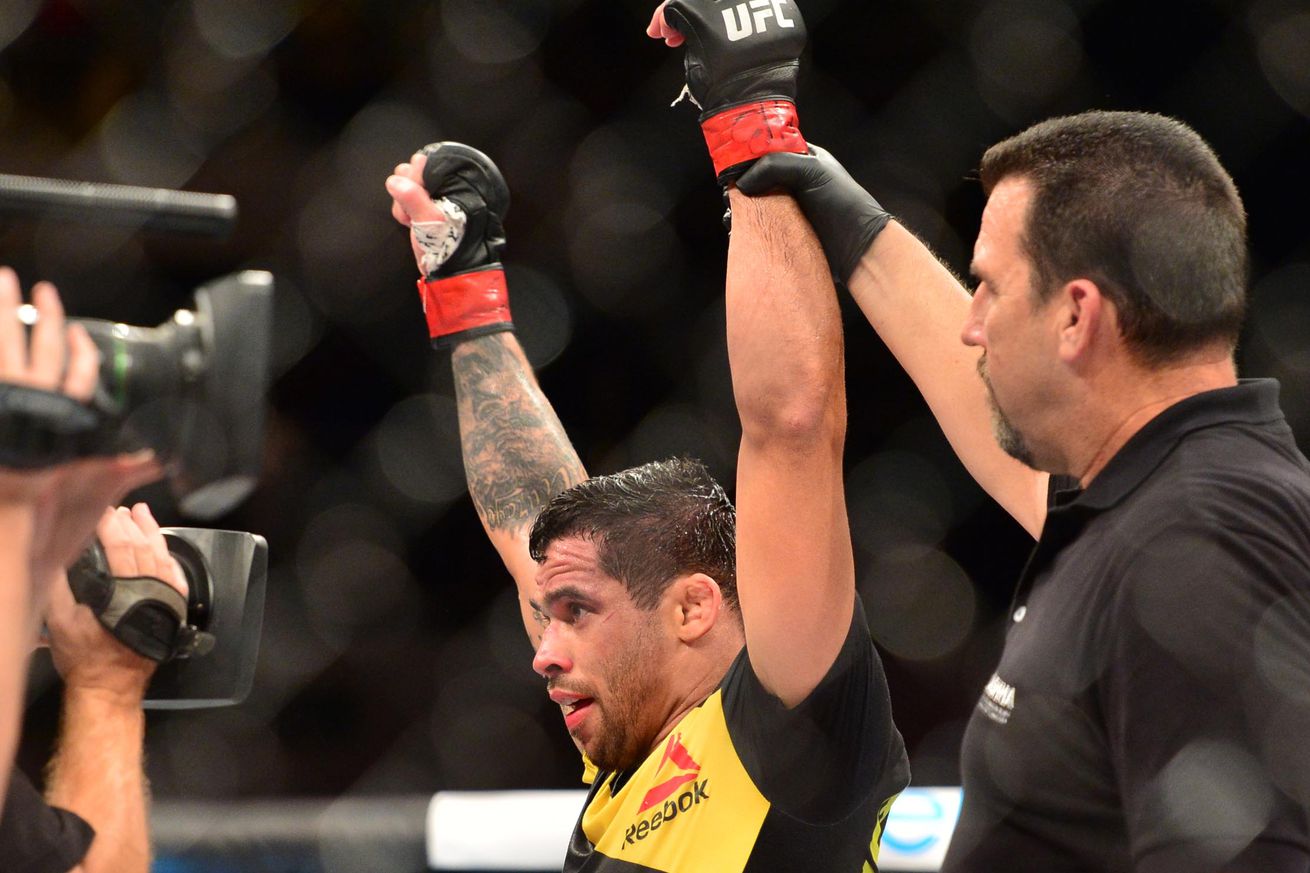 In the main event of the evening, Cris Cyborg absolutely crushed Lina Lansberg via vicious strikes (see it), putting an end to the bloody bout in round number two to continue her assault on the UFC’s 140-pound division.

Also, Antonio Silva and Roy Nelson put their friendship aside for one night in order to handle some business inside the eight-walled cage. Unfortunately for “Big Country,” he had to put his buddy to sleep in order to get the win (recap here). Also, Renan Barao got back in the win column himself by putting on a masterful performance against Phillipe Nover in his second fight at Featherweight.

It was truly “crisis averted” for Renan, as his unanimous decision win over Phillipe Nover put a stop two the bleeding of his two-fight losing streak in two different weight classes. And he looked like the Renan of old, too, as he mixed in his strikes rather well, and his defense was up to par, too, as Nover didn’t back down from the standup battle one bit.

The win also gave Renan the confidence and assurance he needed to continue trying to make a name for himself in the featherweight division.

Don’t look now, but there is another legit lightweight contender making his way up the ladder rather silently, as Trinaldo earned his seventh straight win after taking out Paul Felder in Brazil. After cutting Paul wide open with an elbow (pic here), the Brazilian bomber kept the pressure on, ultimately forcing the referee to put an end to the fight after he and the physician ….View full article