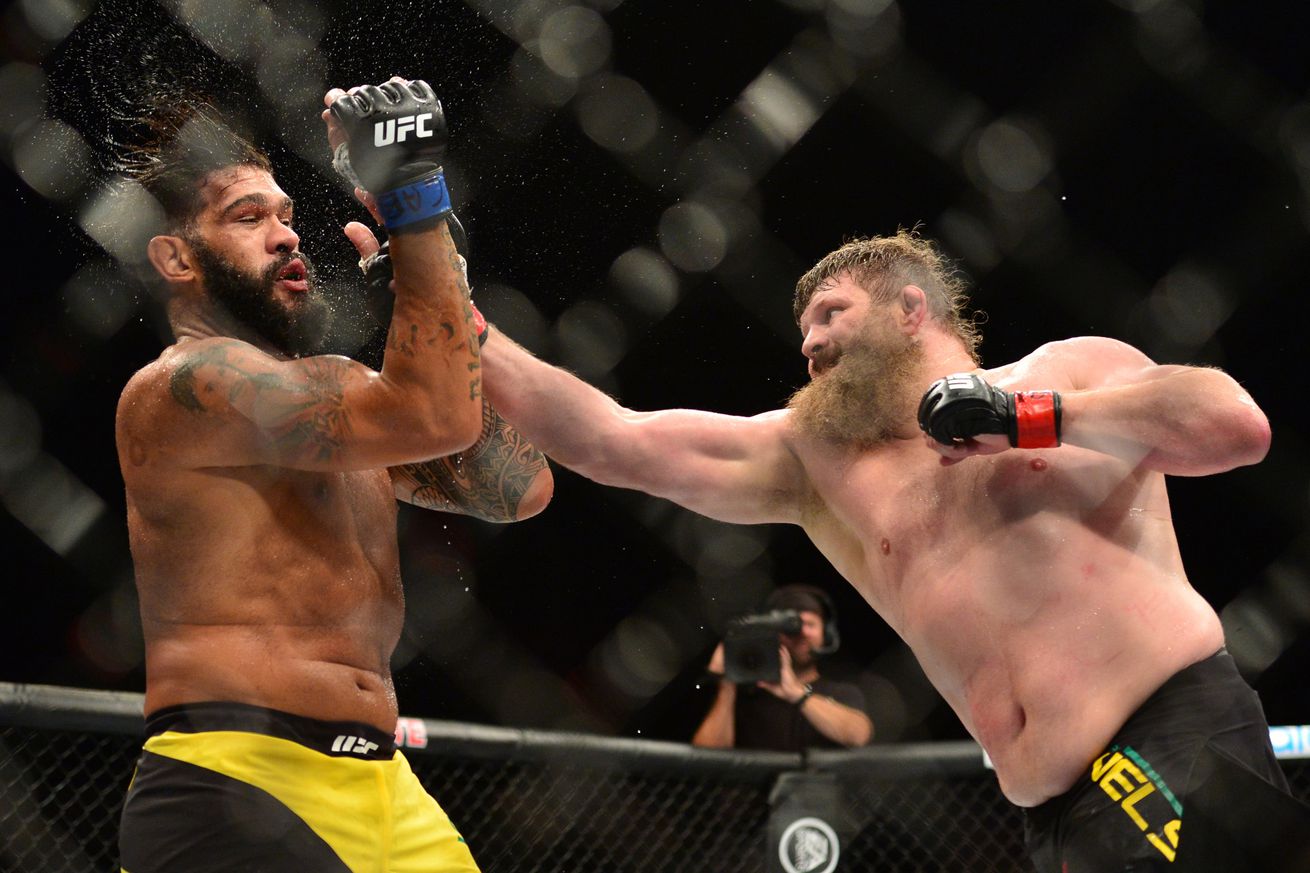 Ultimate Fighting Championship (UFC) Heavyweight knockout artists Roy Nelson and Antonio Silva brawled last night (Sept. 24, 2016) at UFC Fight Night 95 inside Ginasio Nilson Nelson in Brasilia, Brazil. Despite being known for a brutal right hand and jiu-jitsu background, Nelson’s primary purpose as of late has been eating punches. In order to remain on the roster, “Big Country” needed to find a home for his trademark overhand last night. Shockingly, Silva’s situation was even more dire. Not only was the Brazilian losing badly, but he was getting knocked out quicker and quicker in each bout.

It’s been uncomfortable to watch for a while now, and Silva’s bout with Nelson proved to be no different.

Silva started out the round well. By circling away from Nelson’s usual overhand, Silva was able to land some hard body and low kicks, and it was clear Nelson didn’t like them in the least. In fact, Silva’s hands looked pretty sharp too, as he was able to crack Nelson a few times when “Big Country” punched sloppily.

All that said, the cracks began to appear a bit with about two minutes remaining. After going untouched in the first half of the round, Silva began eating Nelson’s right hand a bit more often.

He still won the round, but it was a worrying sign.

Both men continued with their same game plan in the next round, as Silva circled and landed hard kicks while Nelson tried to find his opening. At first, neither man was all that effective, as both fighters had figured the other’s strategy out fairly well.

However, both men were also fatiguing. As the less durable fighter trying to play an exhausting outside game, that was not ideal for “Bigfoot.” Nelson began to find his range with the right hand, as his opponent’s knees and kicks were ….View full article