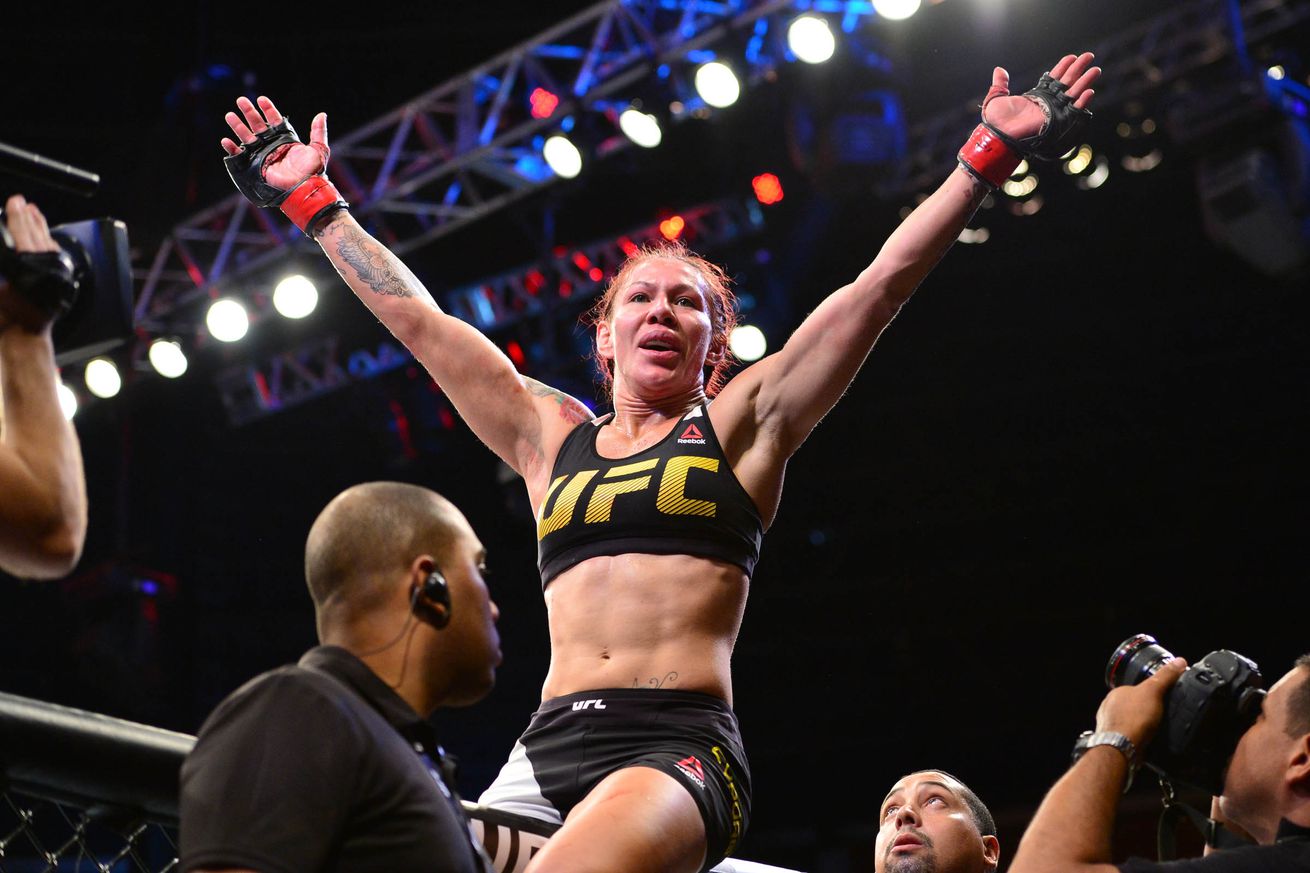 Cris Cyborg continued her winning ways last night (Sat., Sept. 24, 2016), knocking out Lina Lansberg in the second round of their headlining fight at UFC Fight Night 95 in Brasilia, Brazil.

Lansberg, though, proved to be a tough cookie to crack, as she weathered Cris’s early storm, forcing the fearsome striker into the second round for the first time in five years. But, in the end, Lansberg was relegated to playing defense throughout the fight, as Cyborg’s pressure forbade her form popping off any offense, ultimately putting an end to the fight in round two.

Cyborg’s next move is rather unclear, as the current Invicta FC Featherweight champion has plenty of viable options to look through at the all-women’s fight promotion. But if she wants to keep showing off her stuff on on the biggest stage of them all, she’ll have to hope someone is willing to answer the call.

UFC president Dana White is adamant he will not add a 145-pound weight class anytime soon, which means Cris’s only hope to fight again inside the eight-walled cage is to make the drop down to 140 pounds. Sure, she’s done it twice before already, but it wasn’t easy, and as she get older it will get that much harder to shed the excess pounds.

Cyborg declared after her win that she will only face a top 10-caliber for next inside the cage, but trying to convince any of those ladies who worked hard to earn their ranking to face Cris will be a task in and of itself. Unless the pay is massive, it’s high risk, low reward.

Sure, we can hold out for a possible “superfight” between her and Ronda Rousey, but unless Cris is willing to shed another five pounds in order to hit ….View full article