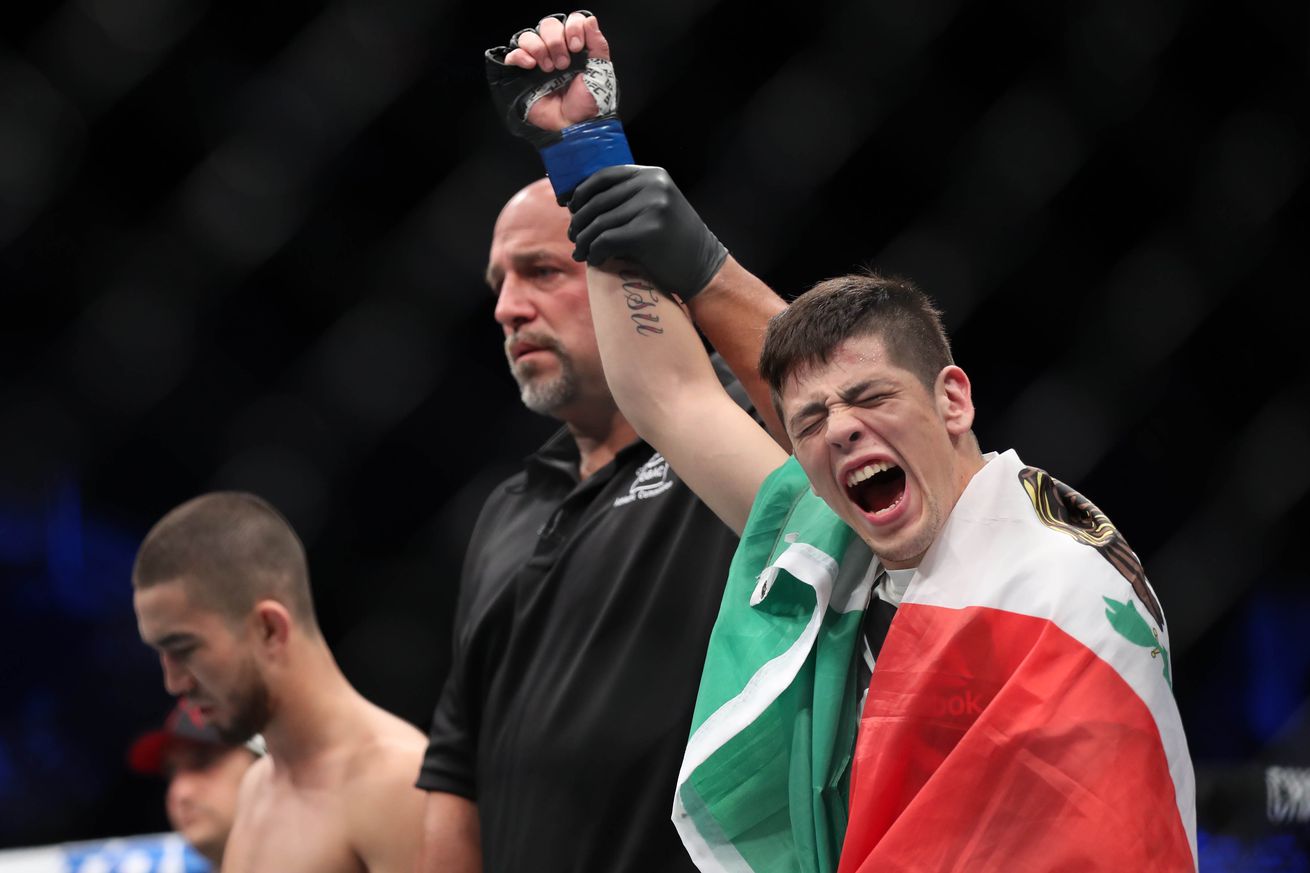 In the main event of the evening, John Lineker edged out John Dodson in a highly-entertaining five-round fight via split decision to earn his sixth straight win (video highlights here).

Also, Alex Oliveira picked up the biggest win of his mixed martial arts (MMA) career by taking out ex-Bellator MMA Lightweight champion via strikes in the third and final round (see it again here).

Moreno was brought in to face longtime Octagon veteran Louis Smolka on a few days notice after Sergio Pettis was forced out of the event with a “minor injury.” And just like that, Moreno — who was eliminated from The Ultimate Fighter (TUF) 24 in the very first fight of the season — put himself on the map by choking out Smolka in the very first round via guillotine (recap here).

Even he couldn’t believe it, hugging referee Dan Miragliotta in elation and looking around as if he had just won the lottery. That, folks, is why you answer the door when opportunity knocks. From getting the 16th seed on TUF 24, to losing his first fight to upsetting Smolka, and Moreno is definitely living a roller-coaster MMA ride thus far.

He may have pissed off Will Brooks by not making weight — coughing up 20-percent of his fight purse in the process — but Oliveira got the last laugh, as he finished the former Bellator MMA Lightweight champion in the third round via strikes. The win was easily the biggest of his career, though it ….View full article