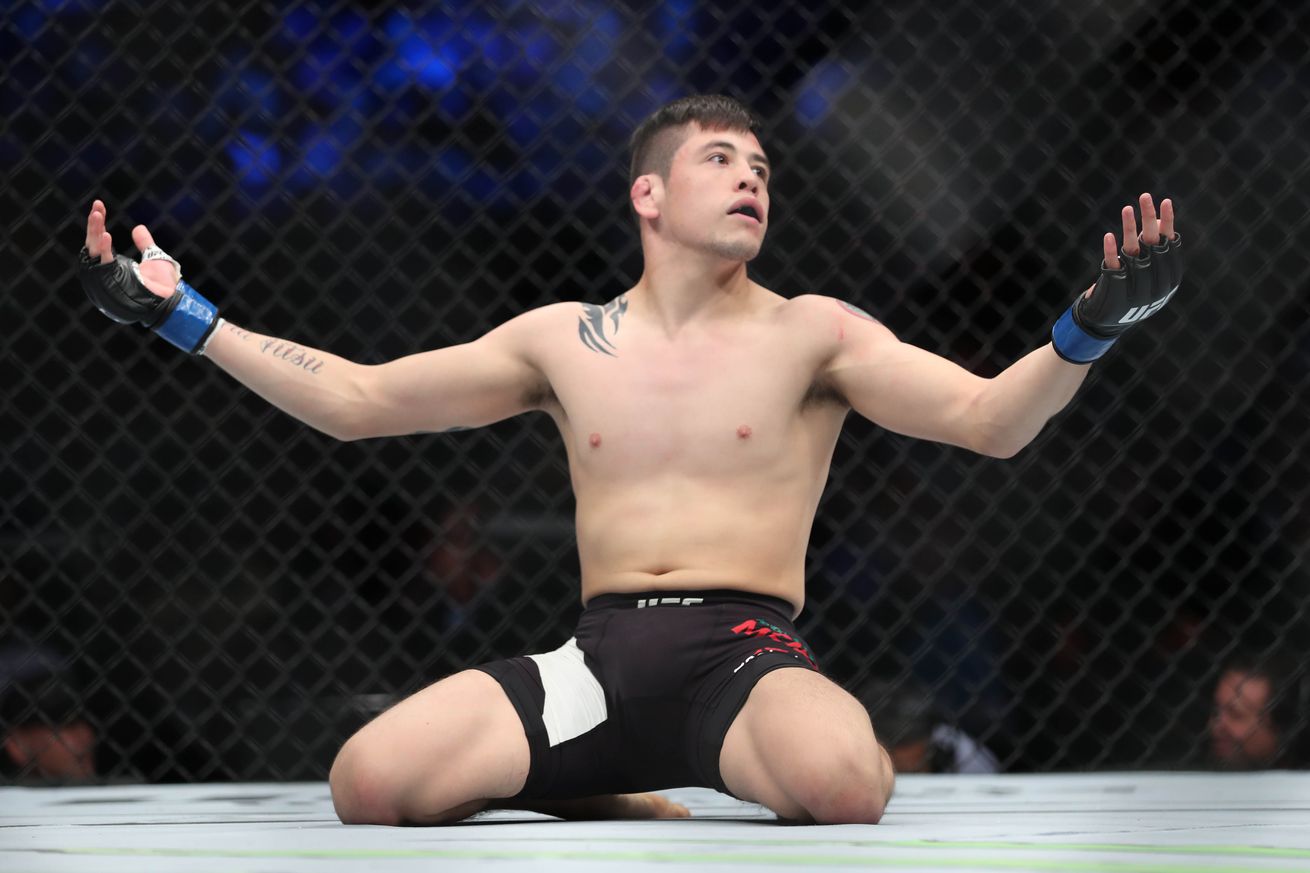 Smolka has shown a ton of potential in his short UFC career, winning all but one of his prior contests. Last night, Smolka was simply looking to defend his top 10 position and add another finish to his resume.

Meanwhile, Moreno accepted this contest on short-notice and was looking to make the most of this opportunity. The Mexican athlete proved himself a scrappy warrior on The Ultimate Fighter (TUF), and he lived up to that reputation quickly. Moreno ignored his opponent’s fancy footwork with a quick combination of punches to the head and body. Smolka looked to find his range and throw lengthy kicks, but Moreno wasted little time in scoring a takedown from the clinch.

From top position, Moreno did a nice job keeping his opponent flat while landing some nice punches. To his credit, Smolka was completely calm and hunting for submissions, but he chose to scramble up into a takedown after a couple minutes of being on bottom.

While hunting for the takedown, Smolka switched to a high-crotch/head outside single leg. From that position, he tried to dump his opponent and failed to defend the guillotine when his opponent latched on.

Smolka tried to fight the choke off once he hit the mat, scrambling and falling to his back to avoid. However, Moreno did an excellent job of preventing his opponent from stalling the choke, yanking on his opponent’s neck with all his might until the tap came.

This was an ideal showing for Moreno, who stepped in on short-notice to blow his opponent out of the water. Usually, the problem with filling in early is that a fighter gasses, but that’s not a ….View full article