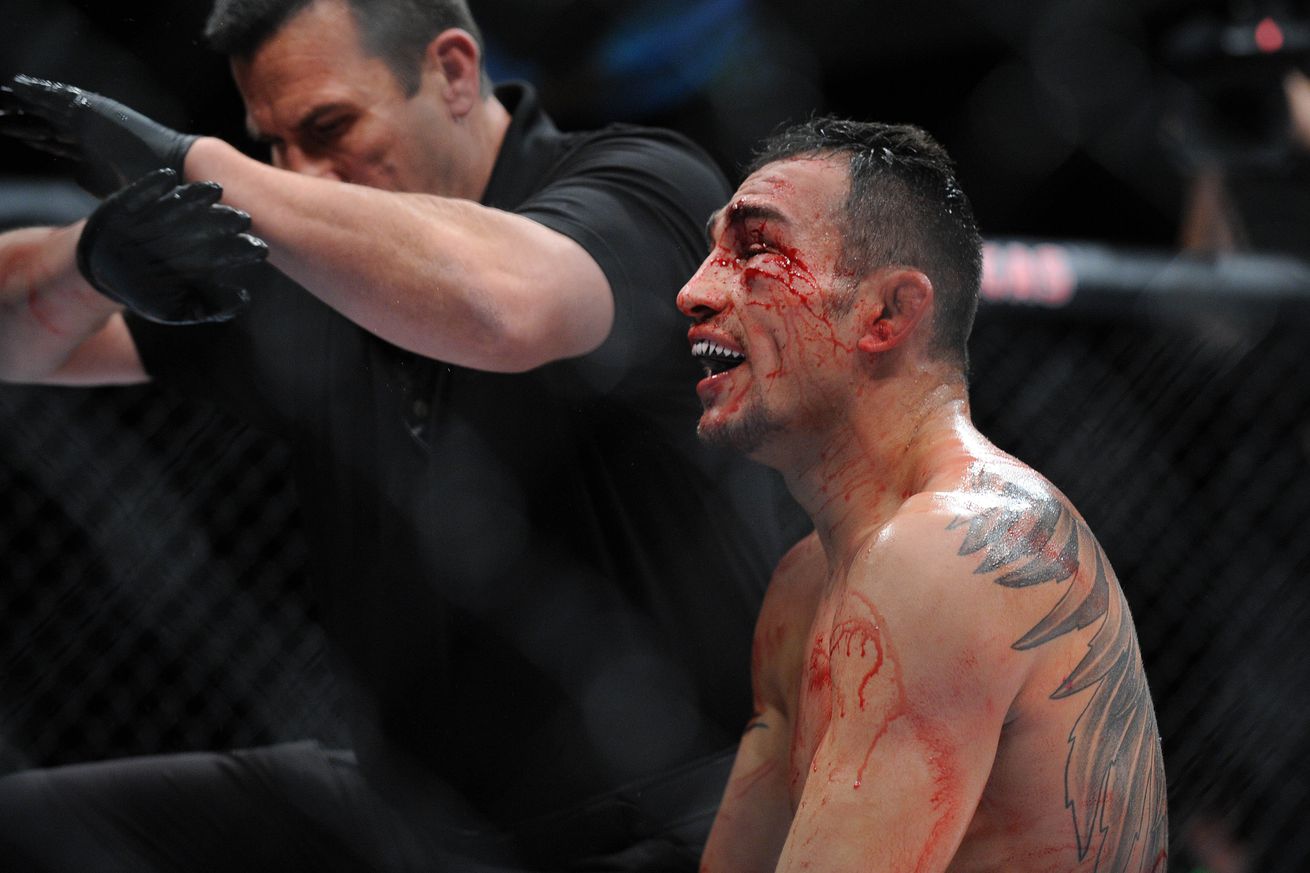 Tony Ferguson has sneakily become one of the most consistent Ultimate Fighting Championship (UFC) lightweights around. Not just in the win column, but also in his approach to gameplanning, mental toughness and ability to overcome adversity at any point in a fight.

But when “El Cucuy” steps inside of the Octagon for the 13th time later tonight (Sat., Nov. 5, 2016) at UFC Fight Night 98 live on FOX Sports 1 from inside Arena Ciudad de México in Mexico City, Mexico, he’ll be doing so against former UFC lightweight champion Rafael dos Anjos. Remember, before RDA unexpectedly got battered by Eddie Alvarez at UFC Fight Night 90 earlier this year he was regarded as one of the meanest champions in all of mixed martial arts (MMA). He had defeated Benson Henderson, Nate Diaz, Anthony Pettis and Donald Cerrone in succession before losing his title this past July.

Due to that level of success and sustainability, RDA will undoubtedly be the stiffest test of Ferguson’s productive career. He’s the first former champion “El Cucuy” has ever faced and UFC Fight Night 98 will be the first time Ferguson is competing outside of the United States. That’s something to keep a close eye on, which is why Ferguson will be the “Fighter to Watch” later tonight in Mexico City.

As a fighter who often presses forward, attacks from various angles and competes better when his back is up against the proverbial wall, Ferguson must transform himself into a more patient and tactical fighter against someone like RDA. While the Brazilian did get starched by Alvarez in a matter of minutes, he remains one of the most physically gifted fighters in the 155-pound division. Dos Anjos not only possesses the speed to close the gap on Ferguson, but he has the punching power to put “El ….View full article