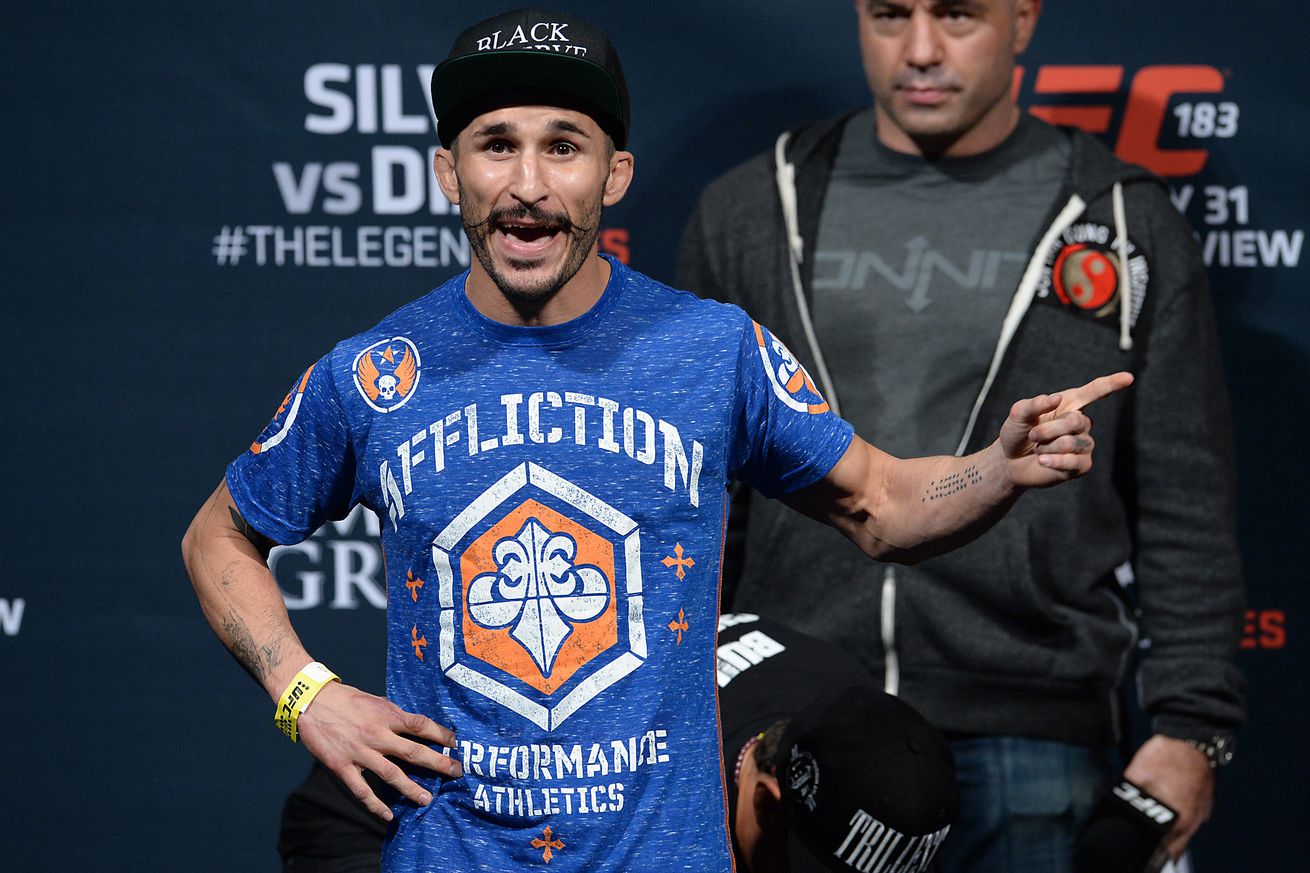 Once more … with feeling. With Gunnar Nelson on the mend and his planned fight with Dong Hyun Kim scrapped, Gegard Mousasi and Uriah Hall have stepped up to the plate to headline UFC Fight Night 99, which takes place at The SSE Arena in Belfast, northern Ireland. In addition, Ross Pearson faces Stevie Ray in a solid Lightweight showdown and Timothy Johnson welcomes former Bellator Heavyweight Champion Alexander Volkov to the Octagon for the first time ever.

We’ve got a whole mess of “Prelims” undercard matches — all of which will stream on Fight Pass alongside the main card — to chew through. So, let’s hop to it.

Ian McCall (13-5-1) has not had the best luck in the last few years, fighting just twice since 2013 because of various issues. While four of his six canceled fights in that span were injury- or illness-related on his part, his last two matches fell through thanks to Justin Scoggins’ failed weight cut and Ray Borg’s last-second illness.

“Uncle Creepy” will give up an inch of height to Dublin’s Seery.

Neil Seery (16-12) gave Brad Pickett everything he could handle in his Octagon debut and went on to win three of his next four fights, including an upset of Chris Beal and a “Performance of the Night”-winning guillotine on Jon delos Reyes. In his last bout, he faced Japanese sensation Kyoji Horiguchi and ultimately lost a decision, though he never went down from the heavy hitter’s punchers.