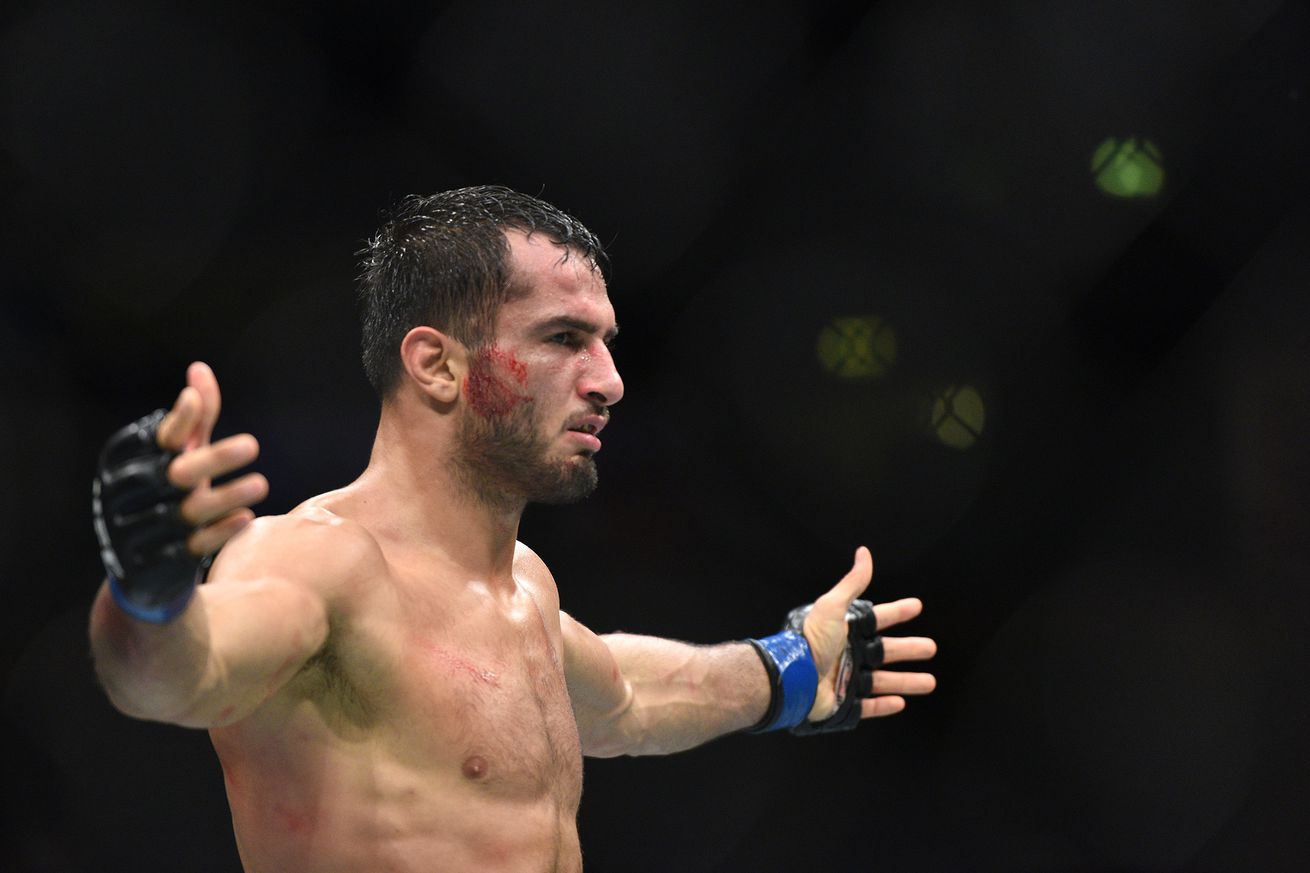 Gegard Mousasi and Uriah Hall today (Sat., Nov. 19, 2016) once again touched ‘em up in the main event of UFC Fight Night 99, which took place inside The SSE Arena in northern Ireland, airing exclusively on Fight Pass.

In their first bout in 2015, Mousasi won the first round handily, dominating Hall on the ground. When the second round opened, Hall stunned him with a leaping back kick that connected to Mousasi’s face. As Mousasi stumbled backward, Hall followed up with a flying knee that put him down, and ground shots that forced the referee to step in. Could Mousasi prove that loss was a fluke? Could Hall prove that the lightning in his limbs does strike twice? It was a pivotal question for a Middleweight division in chaos as two of its ranked contenders met again.

Hall threatened the spin almost immediately in the first round. Mousasi looked calm, as he is wont to do. He didn’t want to give any openings fro the dynamic attack of Hall. They threw jabs at each other, and Mousasi landed a nice low kick. He popped Hall’s head back with a stiff jab. Hall landed a heel kick to the guard. Hall stayed feinting throughout the first. Mousasi finally shot for a takedown in the final minute, tying up Hall on the cage with an underhook. He managed to drag Hall down. Mousasi landed hard shots from the wrestler’s side and Hall covered up. Mousasi alternated between throwing them under the arm and over the shoulder. Hall eventually stopped moving, and the referee had no choice but to step in and stop it. Mousasi avenged his defeat with a technical knockout victory in the first round!

In the post-fight interview, Mousasi gave Hall credit for winning their first fight and respect for ….View full article