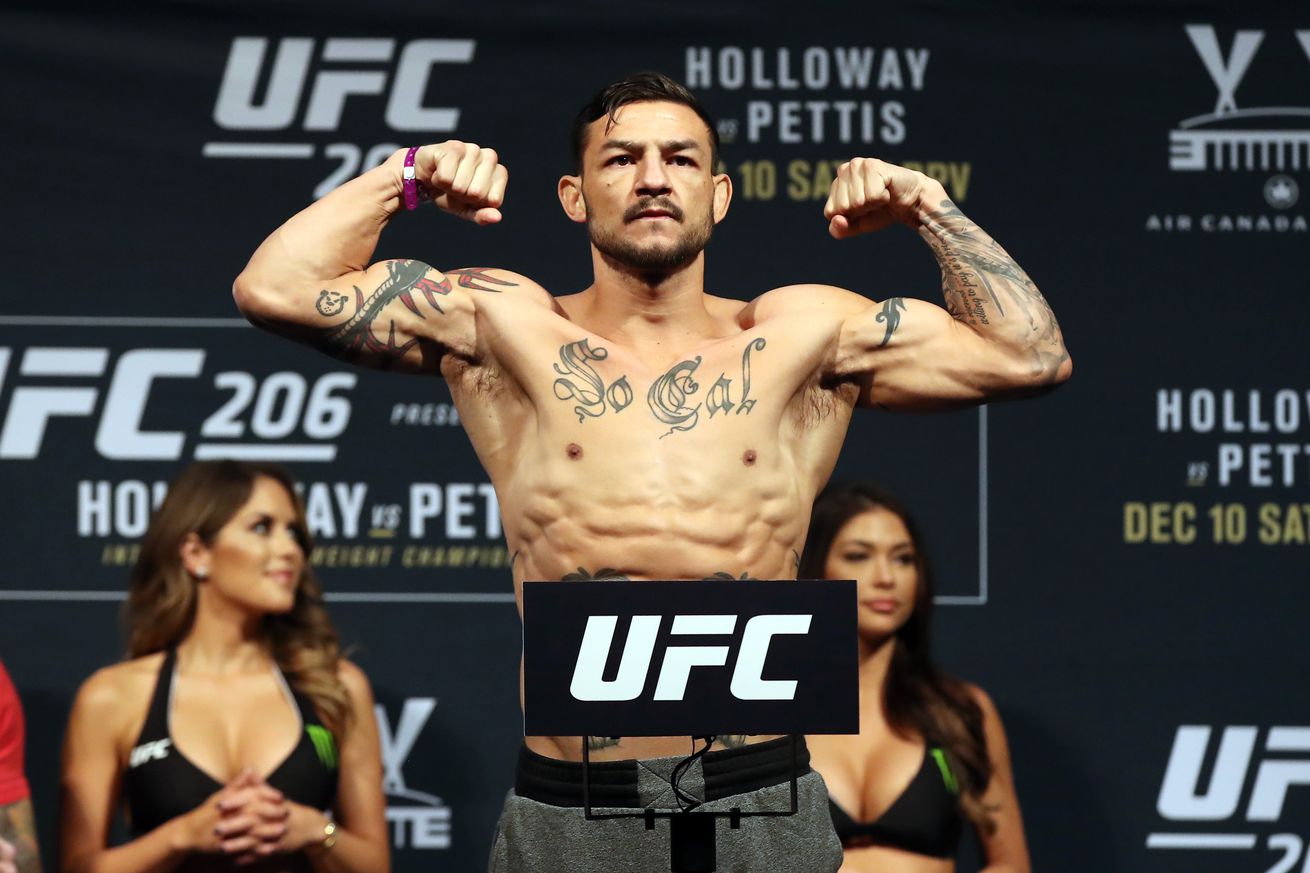 Check out all the weigh-in results from Nashville, Tennessee as UFC Fight Night: Swanson vs. Lobov goes down Saturday, April 22nd.

UFC Fight Night 108 goes down Saturday April 22nd from the Bridgestone Arena in Nashville, Tennessee and the early weigh-ins went smoothly with all but one fighter making weight for the card. Cub Swanson was the last to step on the scale, appearing 45 minutes after everyone else. But he still hit weight comfortably at 145 pounds with a pound to spare.

Marcos Rogerio de Lima, who is set to fight Ovince Saint Preux on the main card, missed the 206 pound limit for his fight by four pounds, coming in at 210 pounds. The fight will go on regardless, with Saint Preux getting an as of yet unconfirmed percentage of de Lima’s purse. Fortunately for Ovince, Nashville’s commission doesn’t keep any of that money, and the whole amount (usually around 15 to 20 percent of the offending fighter’s pay) will all go right into his pocket.

Make sure to check back with MMAMania.com through the weekend for all the news, highlights, and analysis from this card.