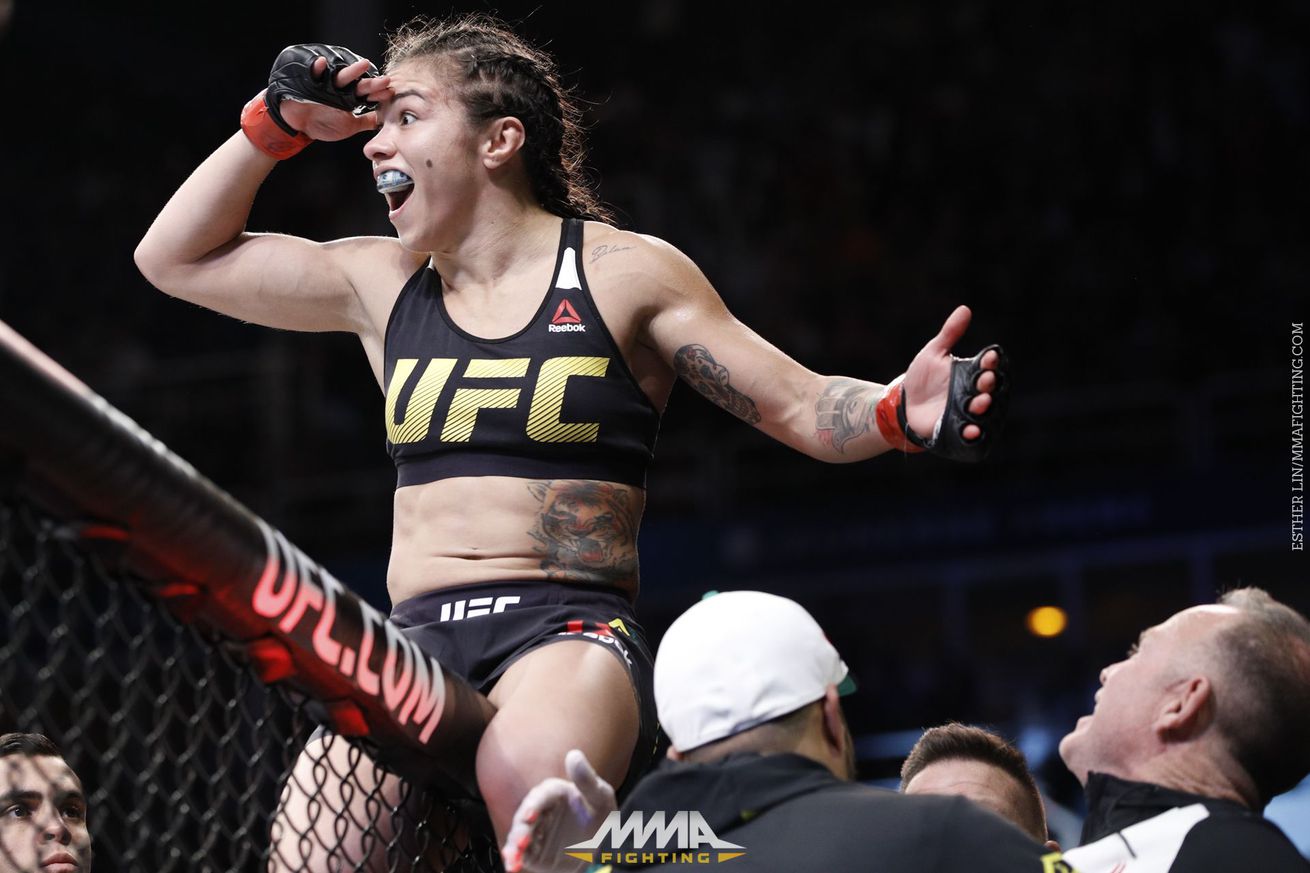 Two of the best strawweights in the UFC are interested in meeting each other inside the Octagon.

Jessica Andrade, who lost to UFC 115-pound queen Joanna Jedrzejczyk via unanimous decision in May, mentioned Tecia Torres and Claudia Gadelha as two options for her next bout in an interview to Combate, and Gadelha, who stopped Karolina Kowalkiewicz in the first round in June, sounds interested.

Gadelha, who has defeated everyone but Jedrzejczyk as a professional MMA fighter and is 2-0 since losing to the UFC champion, replied to Andrade’s comments via social media.

“I’m waiting to hear about my next fight since I got out of the Octagon in my last fight. Nobody stepped in until now but I read today that @jessicammapro wants to fight me. She is got some guts!! Let’s make it happen @jessicammapro @seanshelby @danawhite ?? I’m waiting for a phone call anytime today.”

Andrade quickly responded, accepting the bout and clarifying that she wasn’t actually calling out the fellow Brazilian.

“People misinterpreted what we say,” Andrade wrote on her social media. “I was asked who would be my next opponent in the UFC, and since we never know who we will fight and the UFC decides who’s next and gets the deal done, I said that it could be against one of the girls ranked like Tecia Torres, Rose Namajunas and Claudia Gadelha.

“But since they never find opponents for Claudia Gadelha, and neither for me, I think we would put on a show together, right Claudia Gadelha? It’s hard to have to fight another Brazilian, but if this fight happens I’m sure it would be a great fight. Yes, I accept it!”