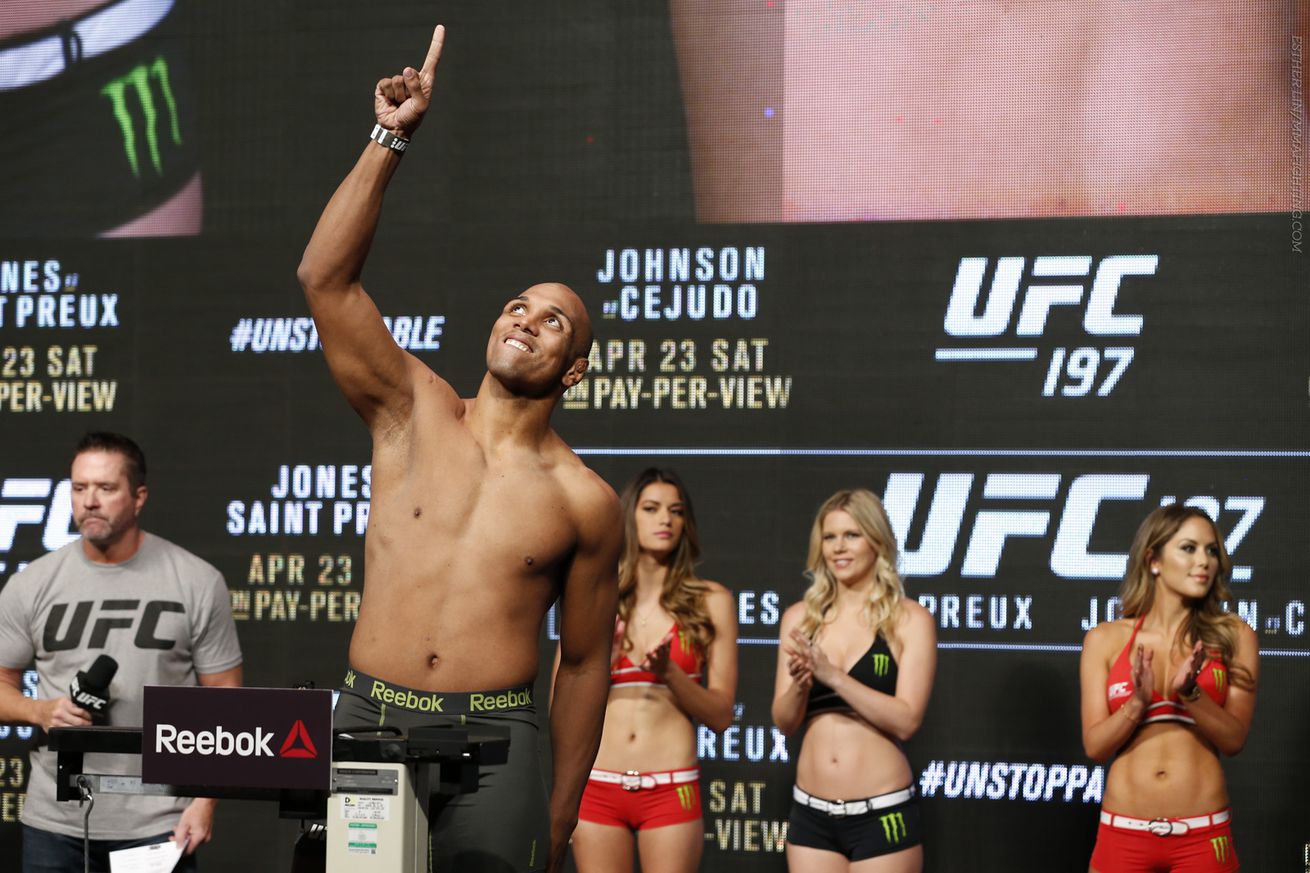 Marcos Rogerio de Lima missed weight for his second straight UFC fight on Friday, and for doing so, he got an extra-large fine.

Lima came in at 210 pounds for his scheduled UFC Fight Night 108 light heavyweight bout in Nashville against Ovince Saint Preux, who hit the 206 mark on the nose.

While fighters are generally fined 20 percent of their purse by the overseeing state athletic commission, the UFC has contractual authority to up the amount of the fine when circumstances dictate. So Lima who had missed weight by 3.5 pounds for his Jan. 28 win over Jeremy Kimball, was fined 30 percent of his purse after his second straight miss.

“Athletes that miss weight are subject to a penalty of their purse at the discretion of the promotion and the state athletic commission,” a UFC official told MMAFighting.com. “As this was Lima’s second consecutive weight management issue, the penalty was increased to 30 percent, which was agreed to by all parties involved. Each penalty is reviewed and handled on a case-by-case basis.”

Lima was the only competitor out of 26 who missed weight Friday. The bout with Saint Preux will go on as a catchweight affair.