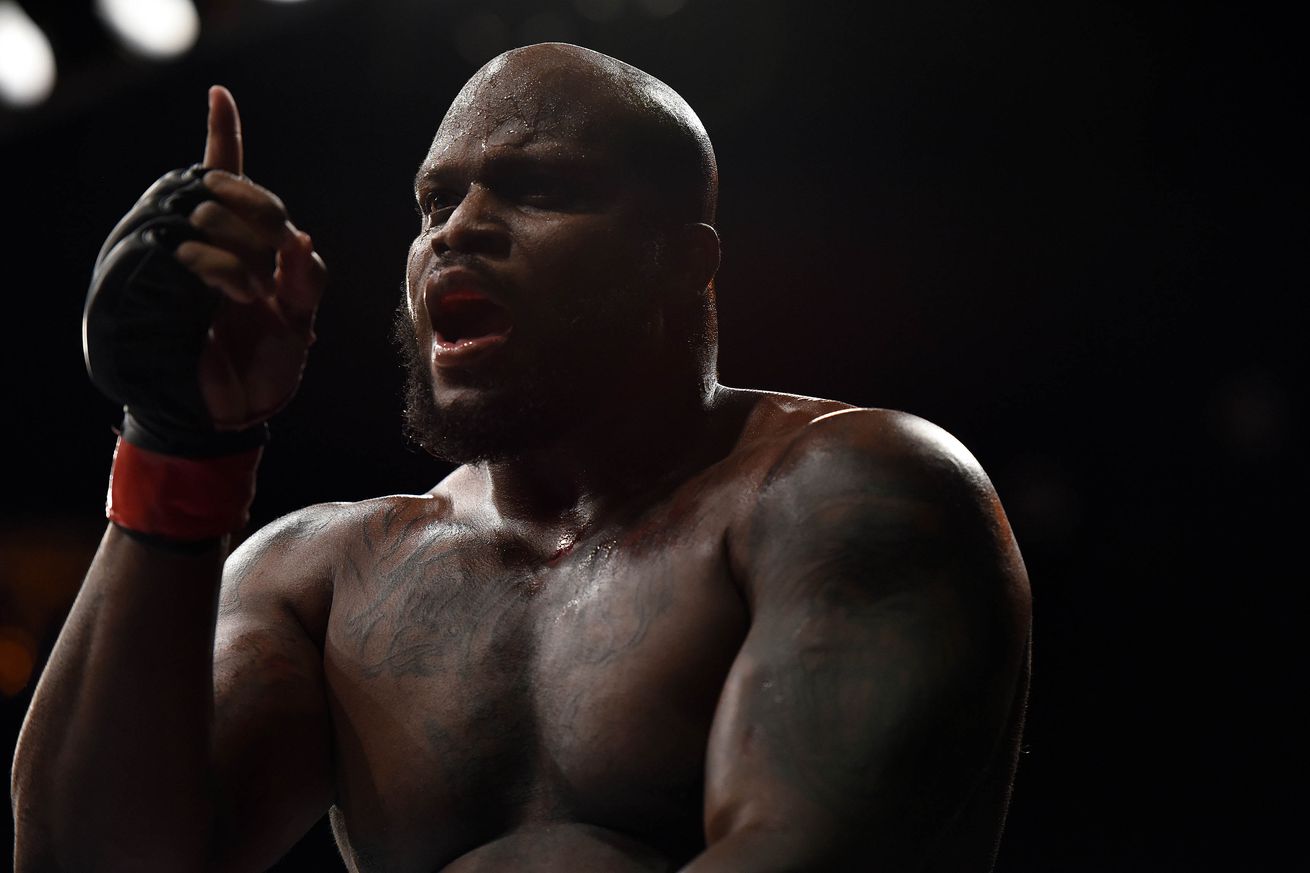 Derrick Lewis is quickly making a name for himself in the Ultimate Fighting Championship (UFC) Heavyweight division. The titanic knockout artist may not have gotten a spot in UFC 203’s co-main event opposite Fabricio Werdum, but he is working on headlining the Fight Pass “Prelims” for UFC Fight Night 97 on Oct. 15 from SM Mall of Asia Arena in Pasay City, Philippines, against rising finisher Marcin Tybura.

With his divisional stock rising and popularity among casual fight fans climbing, Lewis has begun to chirp a little more than usual. The man known as “Black Beast” recently weighed in on the continuing struggle with performance-enhancing drugs (PEDs) in mixed martial arts (MMA). Remember, Lewis fights in a division that just saw its biggest star pop for a banned substance(s) under United States Anti-Doping Agency (USADA) rule.

“I don’t care if the guy is juicing or not, it really don’t matter,” said Lewis in a recent interview with MMA Junkie. “That stuff don’t help, you know. It just makes you look good. But I believe steroids don’t give you that extra boost when you go out there. First of all, I believe the guys taking it, they’re really insecure. So, that’s the only advantage I see. Just being insecure about it and making yourself feel good. I guess they think they have that extra boost.”

Unlike some of his peers, specifically this guy, “Black Beast” is willing to get inside of the Octagon with an opponent competing with an illegal edge. That may fly under some promotions, but UFC is really trying to limit PED usage across the board, whether fighters think they work or not.

Lewis recently stated that he’d still fight Lesnar even knowing the WWE superstar was juiced to the gills. All the former ….View full article