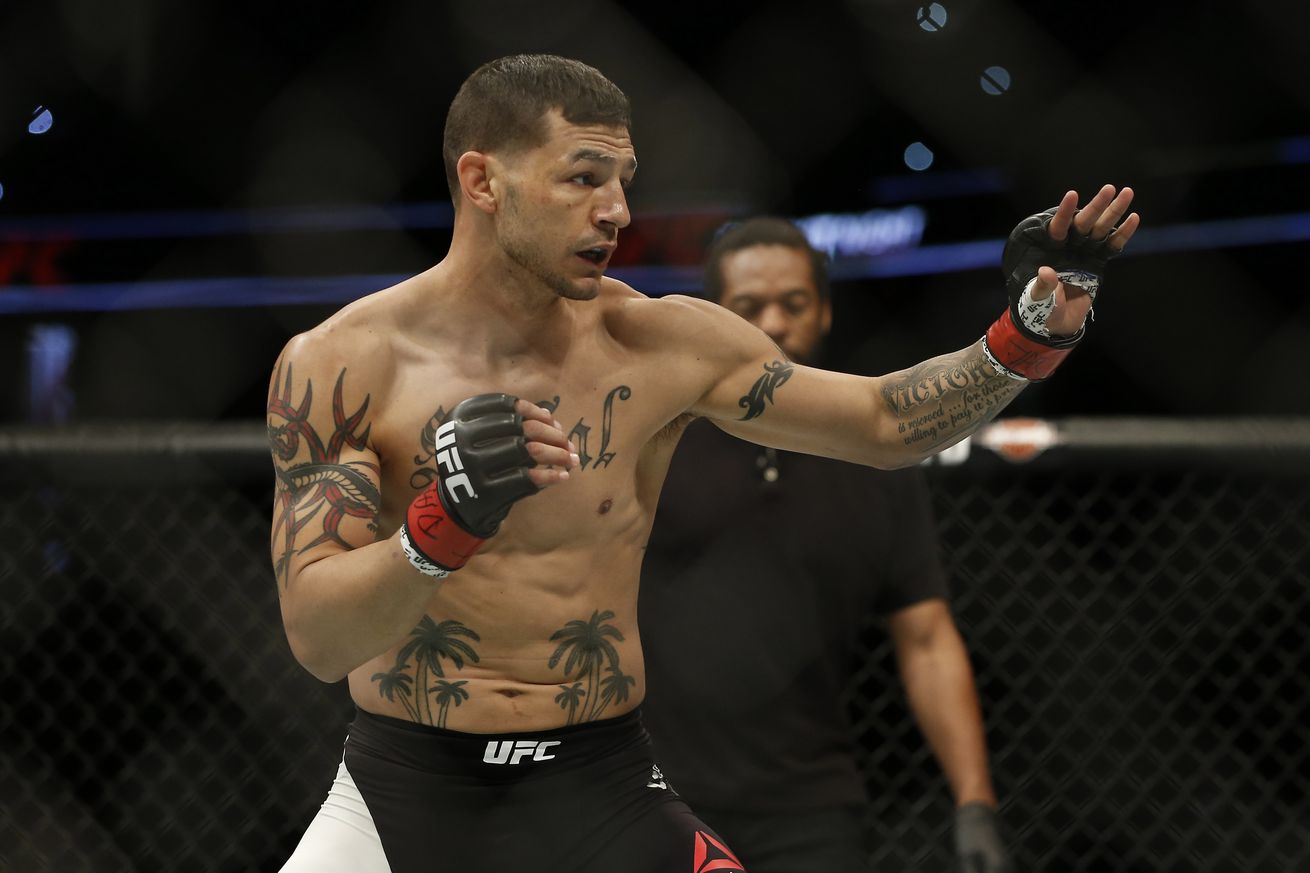 That said, the headlining fight is a bit of a head scratcher.

Cub Swanson, ranked No. 4 in the world at 145 pounds, will collide with Artem Lobov, ranked No. … uh, well, “The Russian Hammer” isn’t ranked at all, which means at the very least, we get a main event with the 16th best featherweight on the roster.

Not that Swanson cares.

“I fought most of the people in the top ten and the UFC doesn’t like to do rematches unless they’re for title fights,” Swanson told UFC Tonight. “Ultimately it’s up to the UFC who they give the title fights to. That’s out of my control. The only things I control are winning and putting on a good performance for the fans and being a fan favorite. That takes the pressure off.”

UFC has a history of bizarre headliners.

Not that we should blame the fighters, as Swanson (24-7) has absolutely earned his spot. After a submission loss to Ricardo Lamas in his Octagon debut, “Killer Cub” put together an outstanding mark of 9-2, including last December’s “Fight of the Night” win over Doo Ho Choi.

Lobov (13-12-1, 1 NC) is just 2-2 since his unsuccessful run on The Ultimate Fighter (TUF) 22, but cut his teeth on the international circuit alongside “Notorious” buddy Conor McGregor, so he at least understands how to talk the talk.

Can he walk the walk? We’ll find out this weekend.

MMAmania.com will deliver LIVE round-by-round, blow-by-blow coverage of the entire UFC Fight Night 108 fight card on fight night (click here), starting with the Fight Pass “Prelims” matches online, which are scheduled to begin at 6:30 p.m. ET, and then the remaining undercard balance on FOX Sports 1 at 8 p.m. ET, before the main card start time at 10 p.m. ET, also on FOX Sports 1.

For more on this weekend’s fight, as well as the rest of the FOX Sports 1 event, click here.