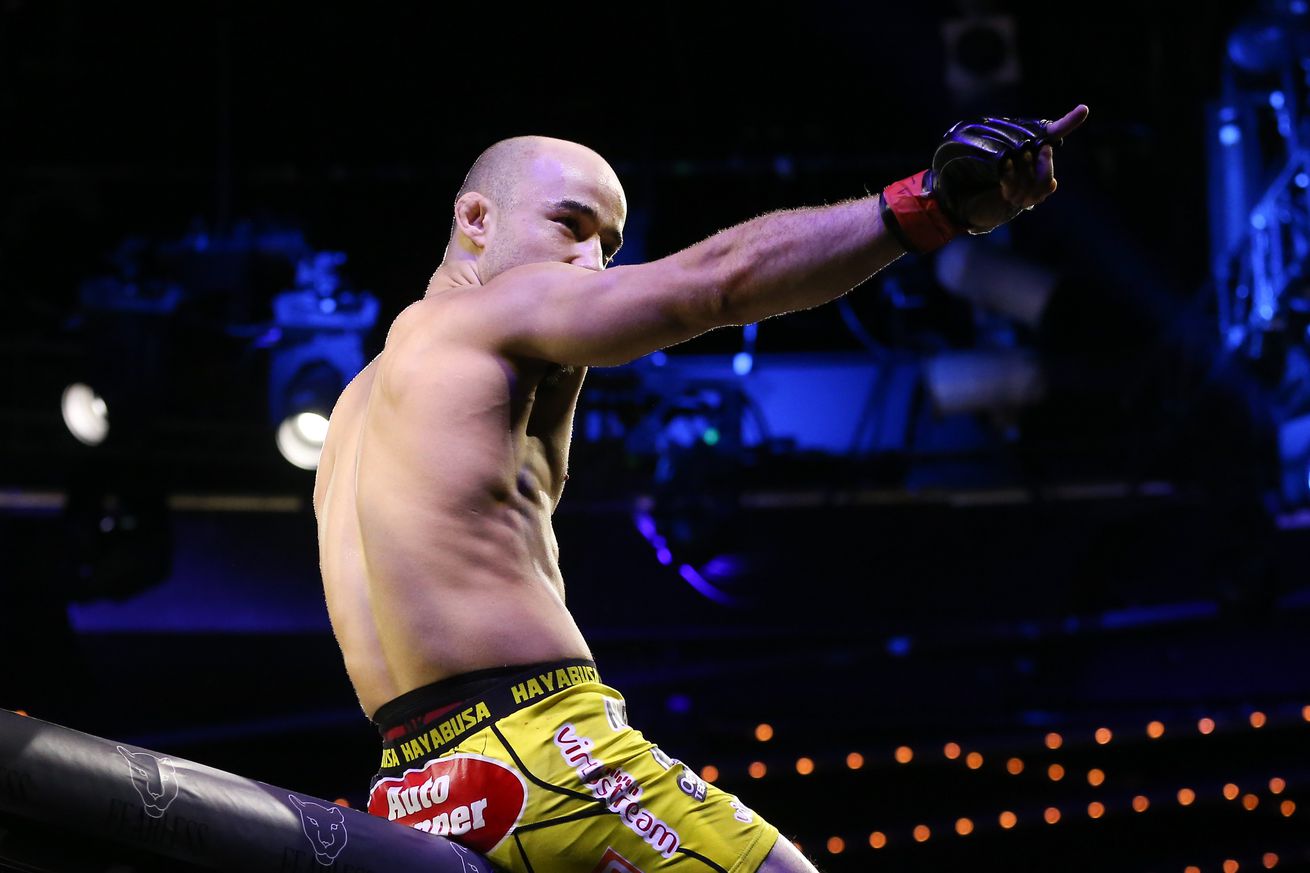 Former WSOF bantamweight champion Marlon Moraes made a big free agent splash earlier this month when he signed with UFC. Moraes was quickly booked to fight promotional mainstay Raphael Assuncao at UFC 212 on June 3 in Rio de Janeiro, Brazil. While expectations are high for the streaking 28-year-old, Moraes is taking a slow approach to life as a UFC bantamweight contender.

“We tend to always look for a quick way to our goals,” said Moraes in a recent interview with Portal do Vale Tudo. “When we want something, we want it now. We don’t understand God’s master plan. I came really close to entering the UFC. I almost got in the first TUF Brazil, but thank God I didn’t. At the time, I was sad and upset for not getting in. I wanted to and I came really close. But after that came the chance to fight at WSOF and that’s where I began to grow. I became champion and made some dreams come true. I could help my family. Then the UFC started to become a real possibility again, but I kept on defending my belt and I’m sure that was all a preparation so I could arrive in the UFC at the right time, more ready than ever.”

Moraes was widely considered the best 135-pound fighter outside of UFC before signing with the promotion this year. Unlike most champions who come over from another MMA outlet, Moraes isn’t worried about an immediate title shot or taking the quick route to UFC gold.

“As an athlete, I must be aware that I need to fight as many times as it takes, I can’t be worried about shortcuts to the belt. I want to earn my title shot. A lot of people say that you need to not only win, but to sell your fights in order to earn a title shot these days. I think these things come hand in hand. I’ll get there and see what I can do and I’m sure one day I’ll have my shot, but I’m not in a hurry”.

If Moraes can run through Assuncao at UFC 212, he may only need one more victory inside of the Octagon to warrant a title shot. He’s as talented as anyone in the division and a champion who hasn’t lost since 2011.