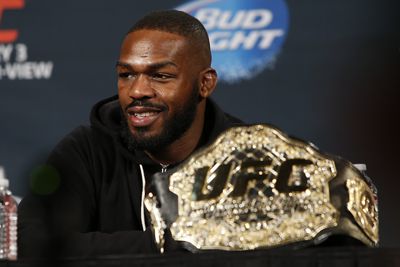 Jon Jones is officially cleared to return to the Octagon. The former UFC light heavyweight champion and pound-for-pound great was “formally reinstated” to the UFC roster on Friday after serving an indefinite suspension for his involvement in an April hit-and-run accident that left one pregnant victim with a broken arm.

The UFC’s statement can be read below:

Following a review of the plea agreement reached by Jon Jones and officials in Albuquerque, New Mexico, and the judge’s decision, UFC announced today the formal reinstatement of Jones to the UFC roster. Effectively immediately, Jones is eligible to return to competition. As such, UFC expects Jones to meet all of the terms of his plea agreement, including mandatory community service, as a condition of his reinstatement.

UFC is currently discussing with Jones a potential date for his return to the Octagon.

“We’ve made it clear to Jon that this new opportunity to compete in UFC is a privilege and not a right, and that there are significant expectations we have regarding his conduct moving forward,” said UFC Chairman and CEO Lorenzo Fertitta. “We’re happy to read and see reports that he has embraced the terms of his plea agreement and is using this experience ….View original article