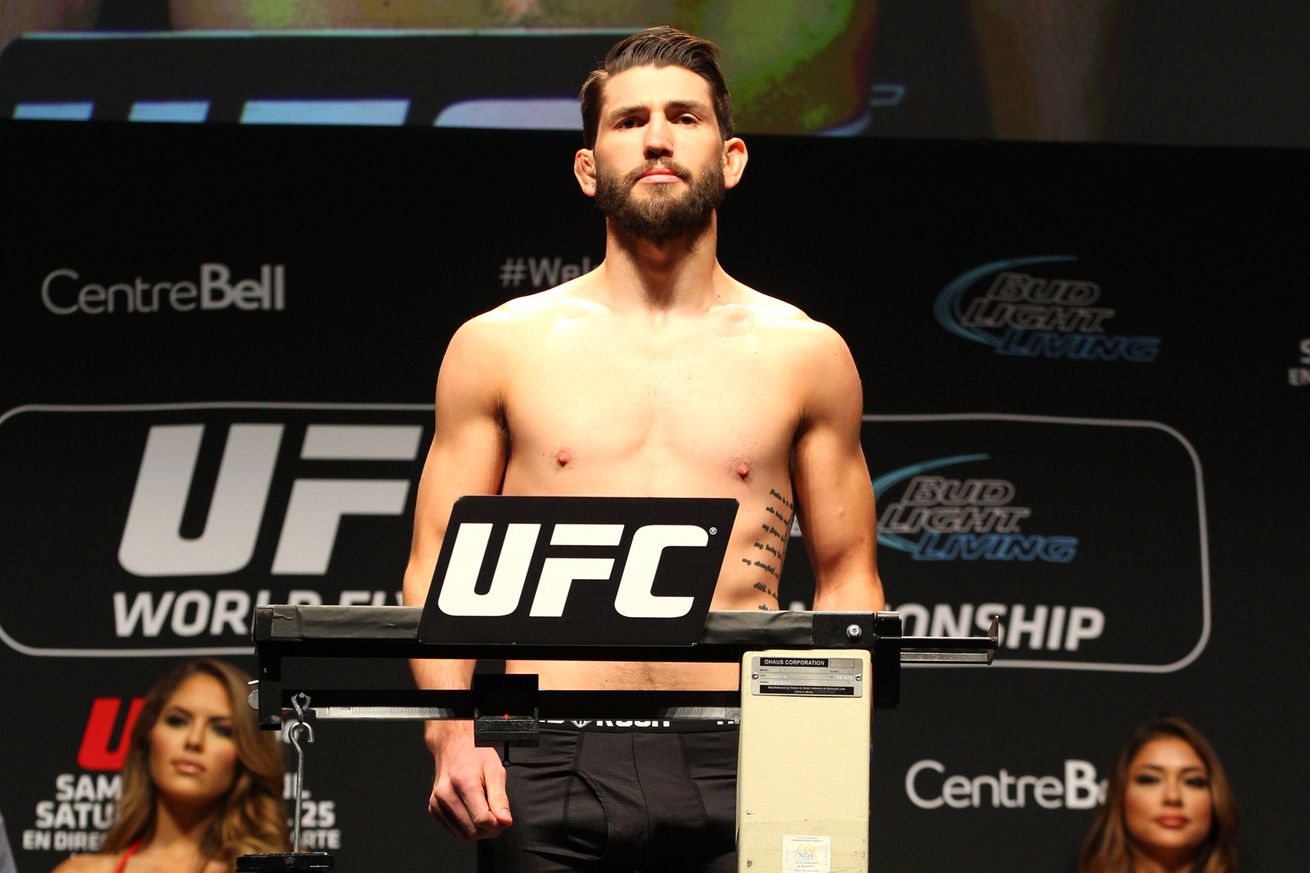 The “Super” Sage Northcutt hype train has been derailed.

Bryan Barberena (11-3) submitted Northcutt (7-1) with an arm-triangle choke in the second round at UFC on FOX 18 earlier tonight (Sat. January 30, 2016) inside Prudential Center in Newark, N.J., handing the previously undefeated fighter his first professional loss.

The official stoppage came at 3:06 of round two.

“Bam Bam” had taken the fight on just eight-days notice, filling in for the injured Andrew Holbrook.

Northcutt connected with a big punch that floored Barbarena about a minute into the fight, but he could not immediately capitalize. Shortly after the 19-year-old phenom took the back of “Bam Bam, but could not get the fight to the mat. A cut opened up above Barberena’s left eye shortly before the end of the round, likely due to an accidental head butt.

In the second, Barberena scored an early takedown on Northcutt and never let the young fighter recover. From there he controlled Northcutt and was able to land some significant strikes and elbows from top position.

Barberena then secured an arm-triangle inside of Northcutt’s half-guard and him to tap out.

A huge upset and win for Barberena, who now improves to 2-1 in UFC competition. Disappointing loss for Northcutt, but at 19-years old his ceiling is still incredibly high and he will continue to learn and improve.