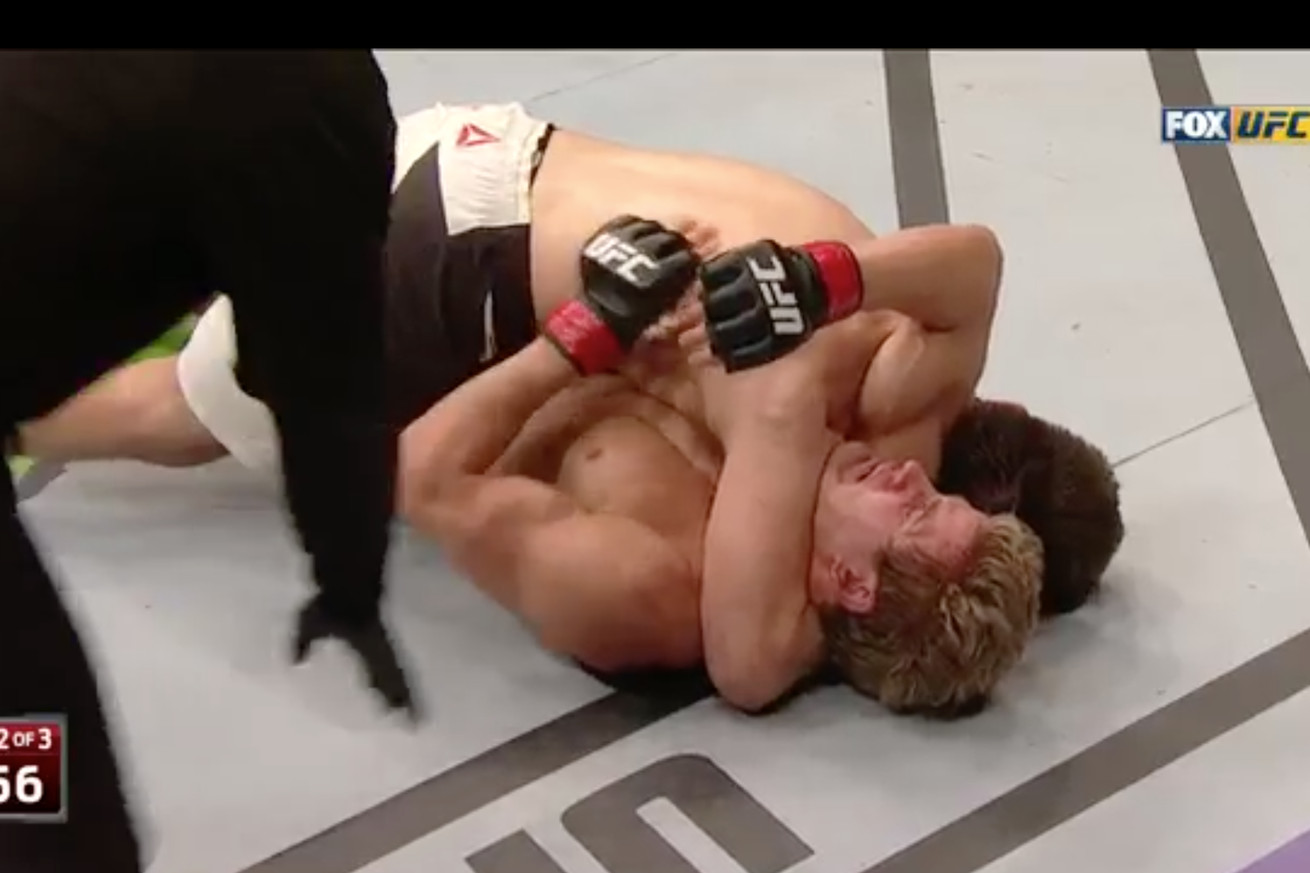 At UFC on Fox 18, Bryan Barberena stepped up on eight days notice to face young prospect Sage Northcutt. Barberena took down Northcutt in the second and sinked in an arm-triangle choke from half guard causing Northcutt to tap.

Northcutt entered the bout as a nearly -300 favorite according to numerous oddsmakers. This bout also marked his third in the Ultimate Fighting Championship in a shade over four months. Whether or not that contributed to the loss is up for debate, but now Northcutt has his first official UFC loss and it took place on the biggest platform the rising prospect has ever fought on.