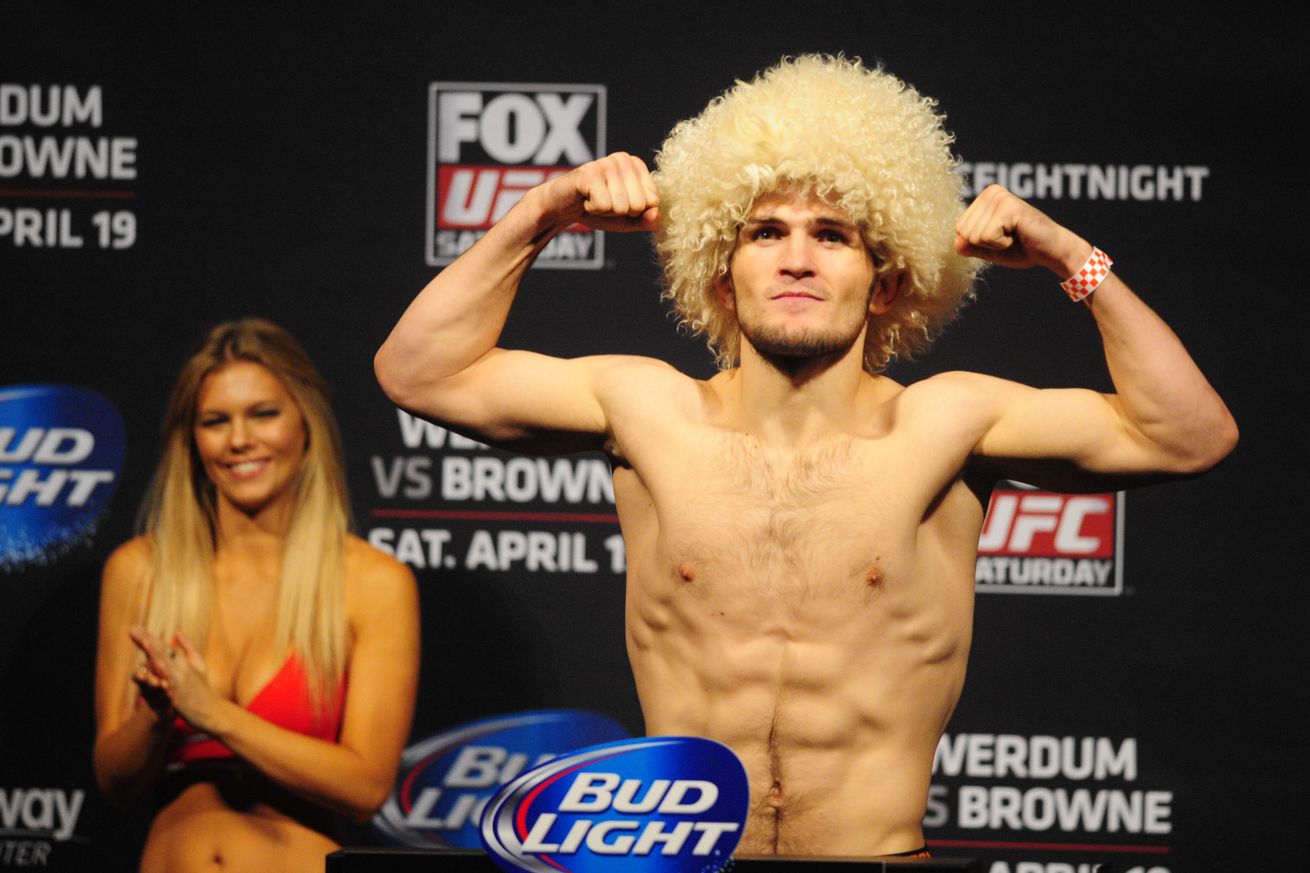 Jon Jones isn’t the only man who had to shift his focus thanks to a last-minute switch of opponent, as Khabib Nurmagomedov had to do the same recently after Tony Ferguson was forced out of their lightweight bout at this weekend’s (Sat., April 16, 2016) UFC on FOX 19 event in Tampa, Florida.

It’s a huge difference, however, as “Bones” will be fighting an established Ultimate Fighting Championship (UFC) veteran for an interim title in Ovince Saint Preux, while Khabib will be taking on an Octagon newcomer in Darrell Horcher at a catchweight of 160 pounds.

And while most may look at taking on a UFC newbie as a automatic win, “The Eagle” is making sure not to overlook his new foe. In fact, just like Jones, Khabib will be walking into the cage ready to battle as if he was fighting for a world title regardless of who is standing in front of him.

From his recent appearance on The MMA Hour:

“I have new opponent, I have new name and new weight class at 160. My reaction was like, ‘Okay, I have to watch this guy, who is this guy?’ He has 12 wins and one loss, not a bad record. He is lightweight champion somewhere else, and I watch his fights. He is a southpaw with very hard left punch, left kick. When I go to the cage, I’ll go like a championship fight because if I lose this fight, I lose everything. I have to win. I cannot relax and think this guy is a new guy in UFC, you know. I don’t think like this. I have to focus on my fight like I am fighting ‘Cowboy’ or Ferguson or something like this. I have to come back and I have to win this ….View full article