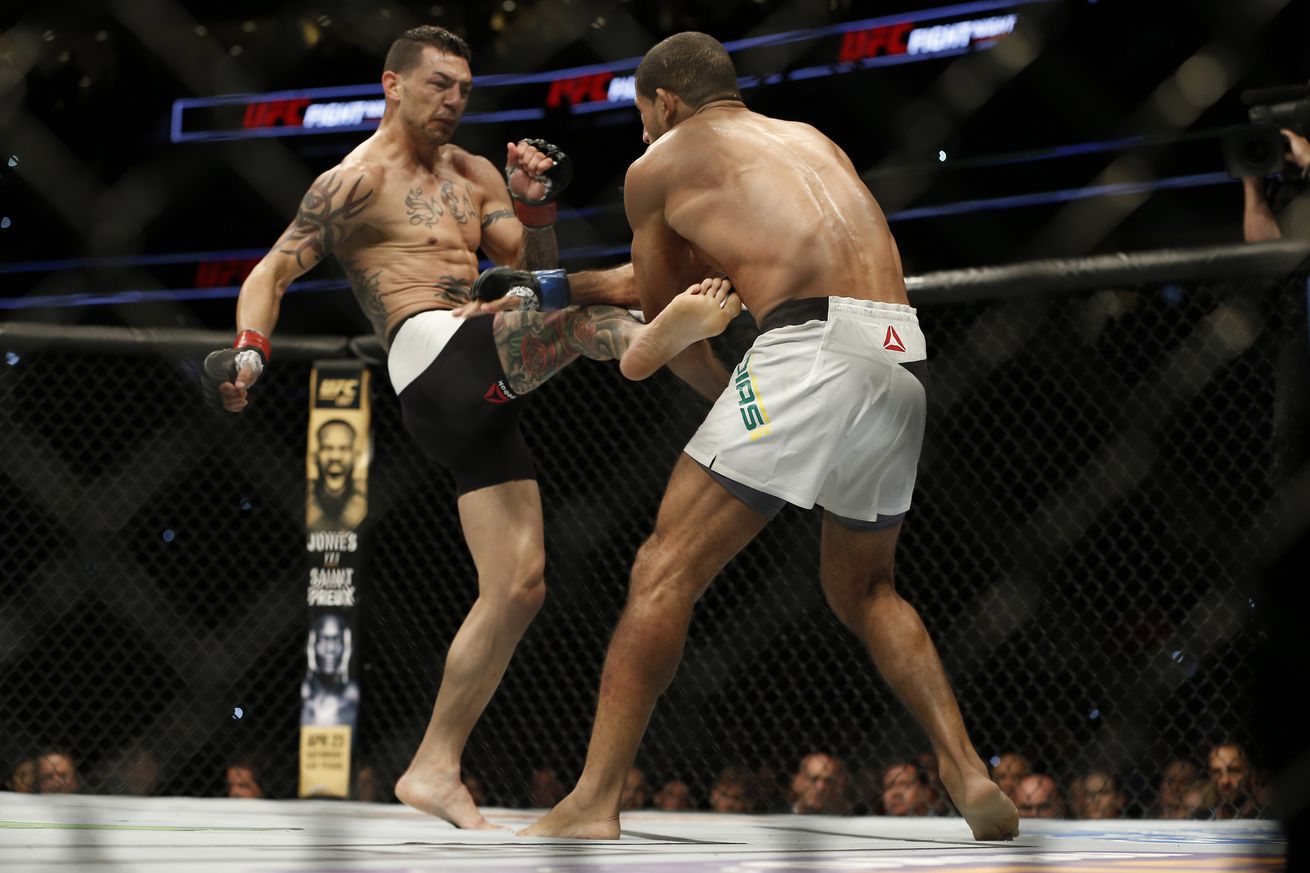 Last night (Sat., April 16, 2016), Cub Swanson and Hacran Dias battled at UFC on FOX 19 inside Amalie Arena in Tampa, Florida. In a competitive fight, Swanson scored the decision win. Find out how below!

Swanson’s last two performances have been fairly dreadful losses to a pair of the best in the world. In order to move past those defeats, “Killer Cub” needed a strong performance. On the other hand, While Dias has proven himself a top 15-ranked fighter in UFC, the Brazilian veteran has yet to earn a signature victory. Facing off with one of the division’s more established combatants, Dias had that opportunity last night.

It was a little slow at times, and he ultimately was unable to achieve that goal.

Operating from kickboxing range, both men attempted to bounce in-and-out with combinations and looked to land low kicks. On the whole, most of the exchanges were very even, as neither man truly committed to their strikes. Without much going on in terms of damage — and Dias’ few attempts at takedowns were rejected — the round was ultimately decided by activity. Again, it was close, but Dias seemed to hold a slight edge in that area.

In all likelihood, the Brazilian took the first round.

After his slow start in the first, Swanson opened the second with a slick combination and dropped his opponent with a hard left hook. He tried to flurry over his wounded foe, but Dias did a nice job of using his guard to defend himself and preventing Swanson from swarming to the finish.

With about three minutes remaining, Dias returned to his feet. For the rest of the ….View full article