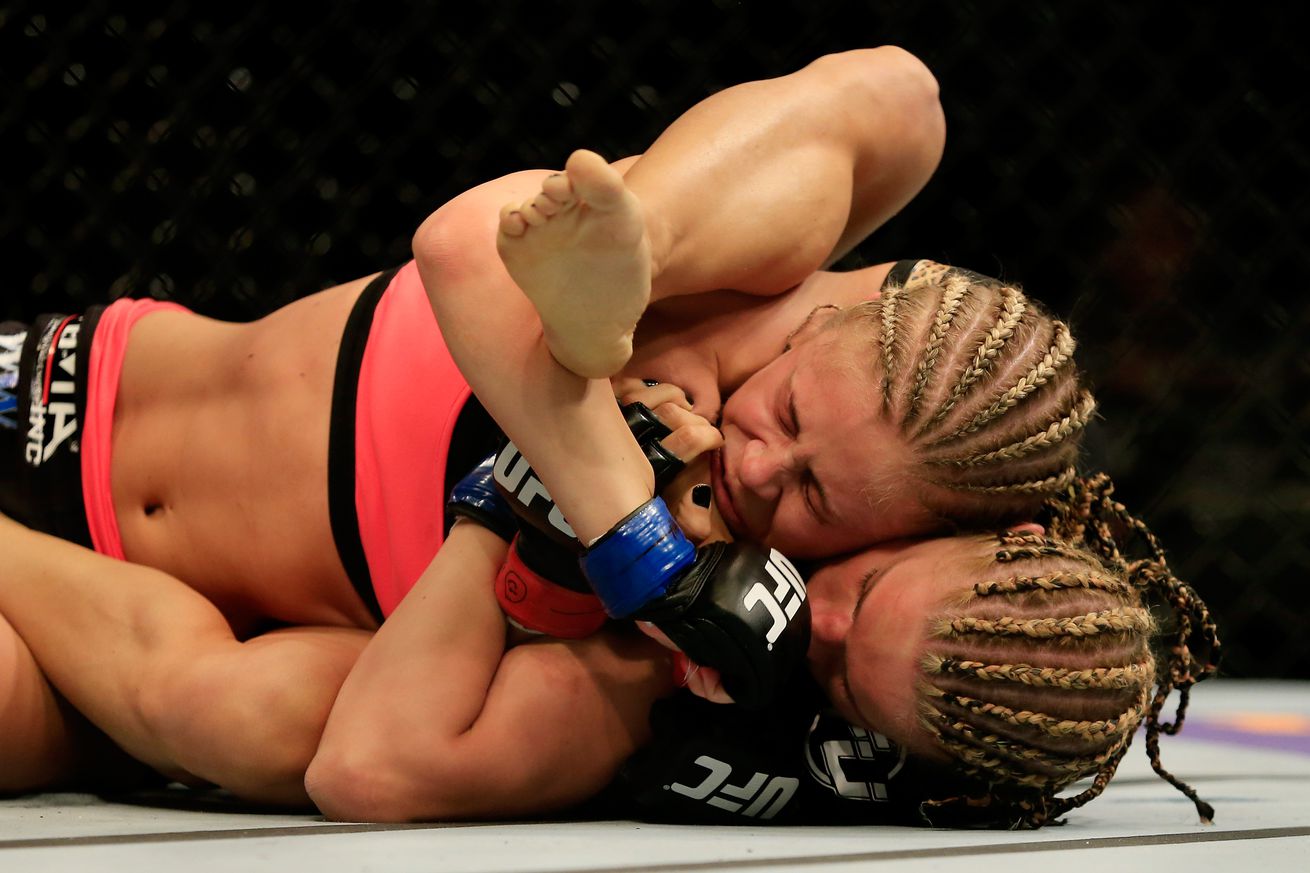 The action ensued tonight (Sat., July 23, 2016) at UFC on FOX 20 live from United Center in Chicago, Illinois, as former Ultimate Fighting Championship (UFC) women’s Bantamweight champion Holly Holm made her return to the cage opposite talented Russian striker Valentina Shevchenko. But before the main event went down, the rest of the main card delivered on arrival.

In a women’s Strawwweight showdown between TUF alum Felice Herrig and young Hawaiian Kailin Curran, the veteran outworked the prospect to the tune of a first-round submission victory. Even though Curran defended as long as she could, she offered very little before Herrig took her back and made her tap via rear naked choke.

The quick finish can be seen below, courtesy of UFC on FOX:

Felice Herrig clamps down on a rear naked choke and gives it that anaconda squeeze until Curran taps! #UFCChicago https://t.co/XAjib2VJ3n

With this victory, Herrig puts herself back into position to work towards a title shot in 2017. At 31 years of age, now is the perfect time to cash in on her well-rounded skill set. As for Curran, she will learn from the loss and contend down the line.

For more UFC on FOX 20 results and analysis click here.