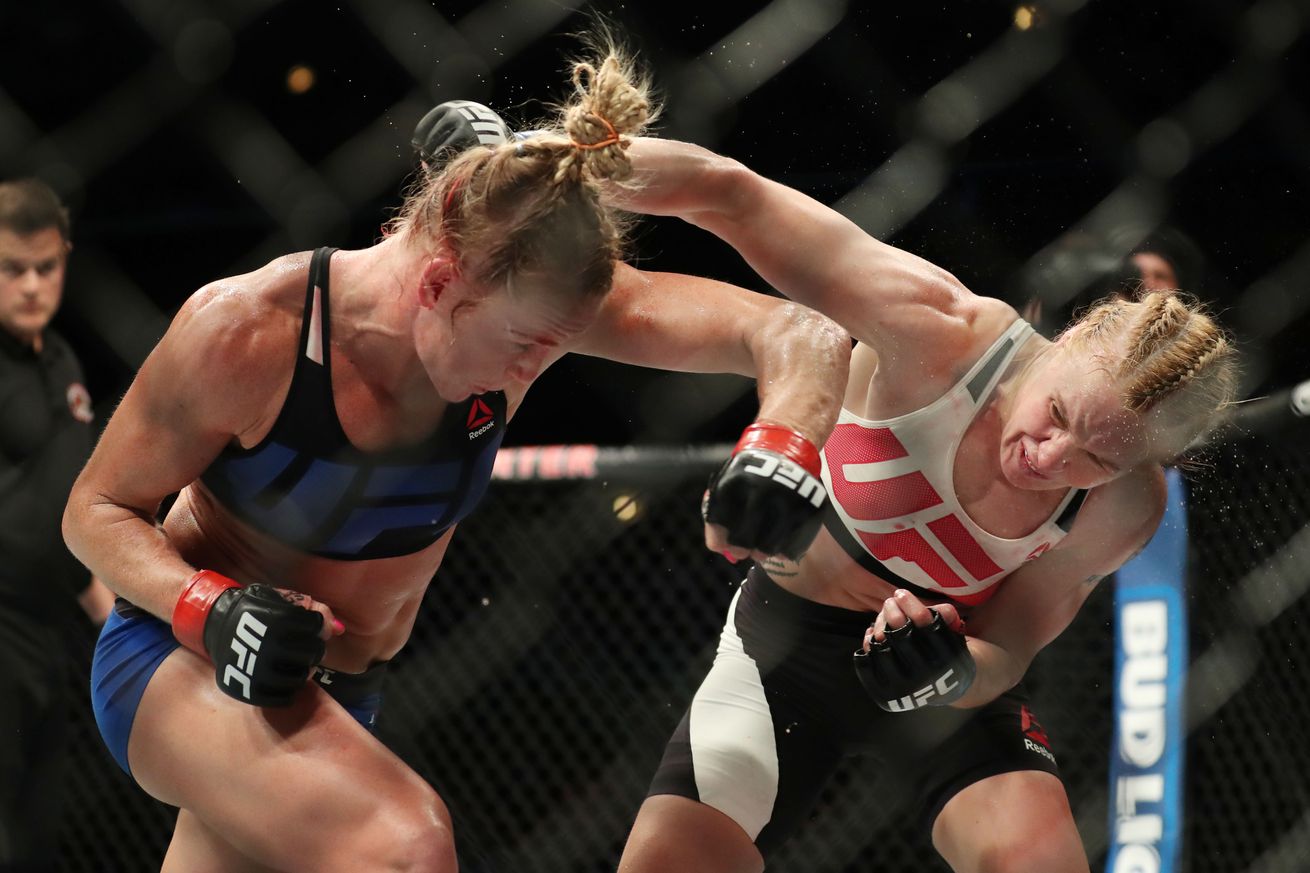 While some may think Holly Holm is “harmless” inside the Octagon — I’m looking at you, Julianna Pena — her presence on the UFC on FOX 20 event this past weekend (Sat., July 9, 2016) in Chicago, Illinois, was huge for ratings.

“The Preacher’s Daughter” took on (and lost) to Valentina Shevchenko via unanimous decision in a five-round women’s bantamweight fight in the main event of the evening.

In the co-main event, Edson Barboza cruised his way to a dominant decision win in the lightweight division over Gilbert Melendez (see it).

Other than those four aforementioned fighters, the “star power” wasn’t exactly at its best, which says a lot for Holm’s ability to draw in viewers.

And when you consider the fact that UFC on FOX 20 did better in viewership than the likes of UFC on FOX 17 — which included Rafael dos Anjos, Donald Cerrone, Alistair Overeem, Nate Diaz and Junior dos Santos — as well as other stacked FOX events during that time, Holm can take the news as some sort of consolation prize.

For more UFC on FOX 20 results and analysis click here.