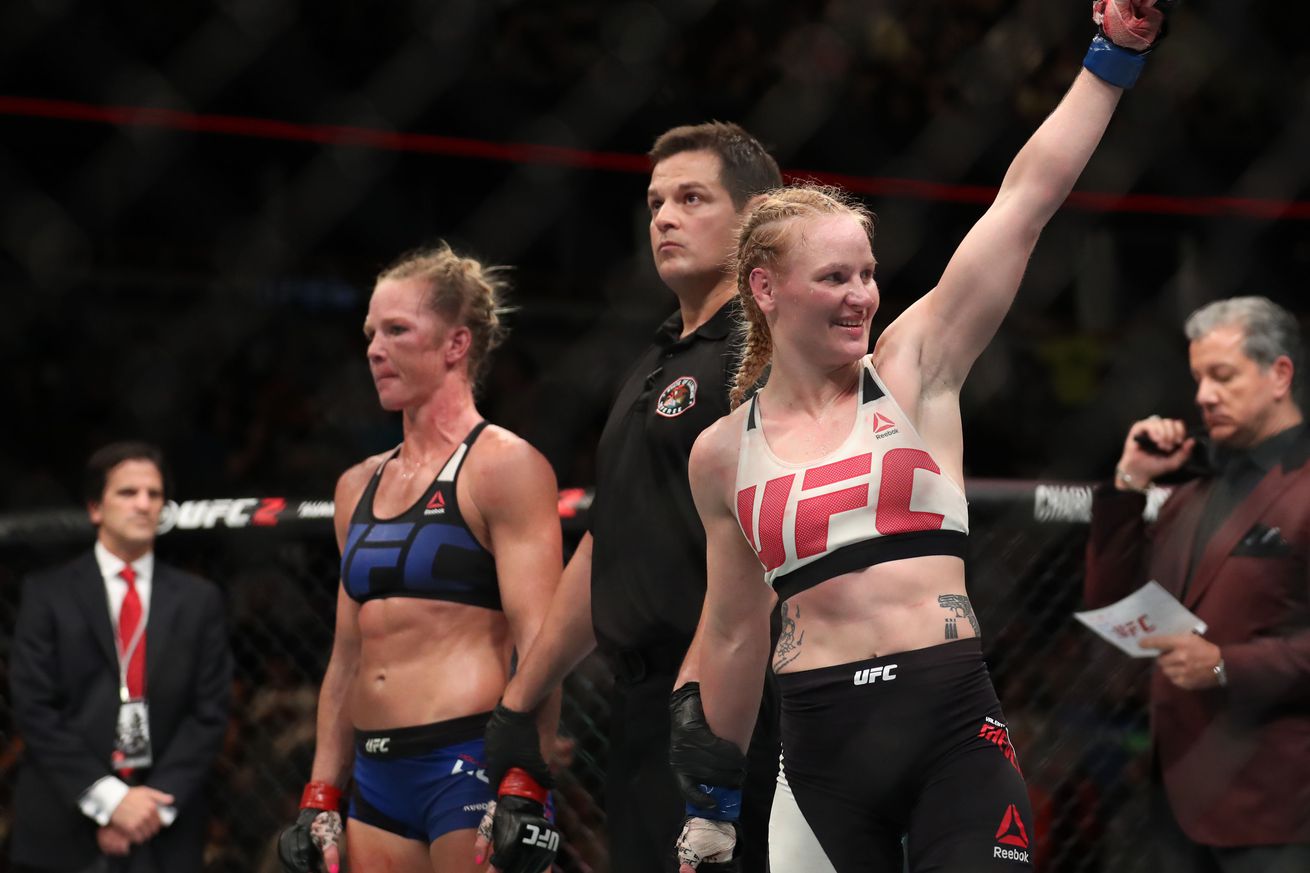 “Bullet” was by far the biggest winner of the night, upsetting the former women’s 135-pound champion Holly Holm. More importantly, Valentina used her kickboxing and muay thay skills to beat “The Preacher’s Daughter” on the feet. For five rounds, Shevchenko controlled the bout with precise time, accurate striking and patience.

The HUGE win many not yet catapult her into a title fight — at least not according to to Amanda Nunes — but it puts her a bit closer. That said, a fight against Julianna Pena — who is coming off a big win over Cat Zingano at UFC 200 — should be in order to determine the rightful owner of the next title shot.

The Brazilian standout picked up his second impressive consecutive win over a former champion after dominating “El Nino” for 15 minutes. Coming off a win over former UFC 155-pound champion Anthony Pettis, Edson has proven he deserves to be mentioned along with the top Lightweights in the world.

And he also showed once again his leg kick game is second to none.